Future of Work 2020: Niti Aayog wants to establish India as an AI garage 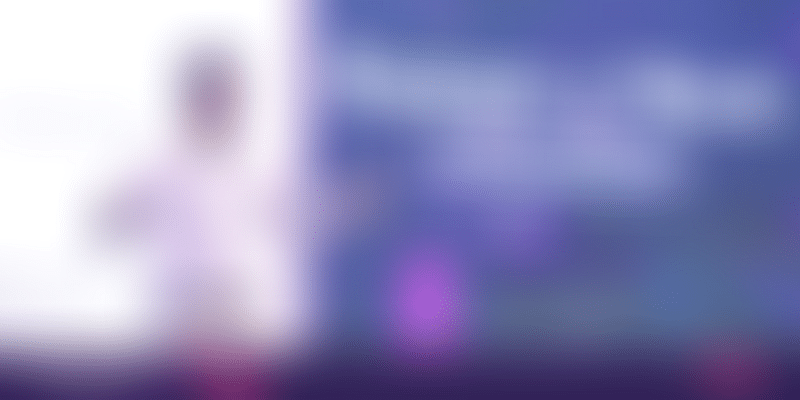 About 25-30 percent of cancer patients who come to the Tata Memorial Hospital in Mumbai hail from states such as Uttar Pradesh, West Bengal, and Bihar, among others.

Over the past 12 years, the hospital has implemented new-age technologies like artificial intelligence (AI) and machine learning (ML) to digitise pathology and radiology image of every single patient.

“Why can’t we build an innovation engine that can structure every radiology and pathology slide, so that you can bring the best ML solutions to democratise the access to diagnosing cancer at an early-stage?” Arnab Kumar, Programme Director - Frontier Technologies, NITI Aayog, asked the audience, while delivering the keynote address on day 2 of YourStory’s  Future of Work 2020.

According to him, the nation’s think-tank wants to solve the problem of accessibility and affordability of technology to see how India evolves in the next 10-15 years, and wants to make sure our country is at the forefront of technology and innovation.

Making tech accessible to everyone

As per Niti Aayog, by 2030, India will be the third-largest economy and the youngest country in the world with a median age of 31 years, versus 42 in China, 40 in the US.

Further, India will have the largest mobile and internet user base, about 1.1 billion, after China, and most of them will consume information in vernacular languages.

“One of the big question that arises when you see this kind of trend is how do we use tech to make sure it is available for every single one of us?” Arnab asked the audience.

He explained that providing solutions for India will be different compared to the US or China, as the challenges here are quite different from them, and the solutions provided in these countries cannot be applied in India.

Arnab said, deeptech, when applied to a problem, has the ability to solve massive problems.

“When it comes to AI, we have three important components – the data itself, the computing availability, and research and development,” he said.

According to Arnab, about 35 countries in the past 2.5 years have added some kind of strategy to adopt AI. However, he says, it is not enough.

Programme to implement AI and ML

When AI was just being adopted in India, it was used for inclusive growth. But now, a lot of capital is being poured into AI from across the globe. And to that effect, Niti Aayog is bringing a programme that will implement AI recognition to national strategies, said Arnab.

India is a data-rich country and Indians consume an average of 11 GB of data per month, according to a Nokia report, which is now about 240X in the last four years. This is where ML and AI will kick in to democratise healthcare, agriculture, etc., in India at a large-scale, said Arnab.

“In a few months, we will have a large-scale programme for implementing our information in AI. We took this as a challenge and we built the biggest image biobank in the world – cancer genome atlas and European genome atlas – to make it unique for India,” he added.

Arnab also spoke about the creation of Airawat – a cloud platform for Big Data analytics and assimilation for the advancement of AI-based developments. It will be useful in image recognition, speech recognition, natural language processing for research, development, and creation of a variety of new applications for the support of advancements in the fields of agriculture and healthcare.

With this, the government will focus more on the fundamental and applied research, and has raised Rs 16 crore for the same. It will be available to every single researcher, academician, and startups for both medium and long-term use.

Niti Aayog will also pick a few institutions and make them ‘centres of excellence’ to make them the best AI community in India, with faculties from within the country and abroad.

Further, the think-tank wants to develop a moonshot research project where specific problems will be picked up and tech will be used to solve them. Arnab said, if India makes a sizeable dent here, then it will succeed.

Moreover, with national language processing (NLP), where if a library of 4/5 languages are made, then it can be translated to other languages, especially English, which will teach more than 5-10 million people. And startups are building solutions in different languages.

India’s competence in IT combined with opportunities such as interoperability between multiple languages, provides the much-needed impetus for finding scalable solutions for problems that have global implications.