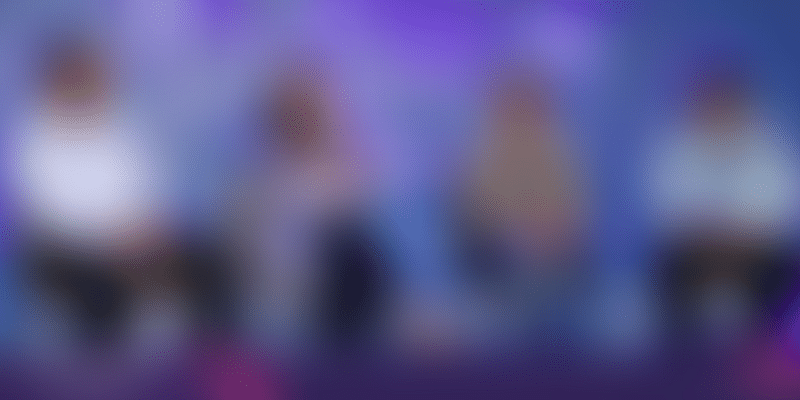 On the second day of YourStory’s Future of Work 2020, Vivekanand Pani of Reverie, Shayak Sen of Meesho, Sumit Gwalani of EpiFi, and Meeta Malhotra of The Hard Copy discussed what designing for India's next billion users will look like.

Internet adoption in the last two years reached 530 million users in India, adding 65 million new users every year, according to a RedSeer report. Further, with telecom players providing subsidised internet prices, it will add around 320 million new internet users by 2023. Interestingly, most of these users will be from Tier II and III cities of India.

On the second day of Future of Work 2020, YourStory’s tech, product, and design conference, leaders from the Indian startup ecosystem came together for a panel discussion on ‘Designing for the next billion users’.

The panel discussed how designing for the next billion will be different, and what are the trends to watch out for in the designing space.

Future of Work 2020: Meeta Malhotra, Founder of The Hard Copy, decodes the business of design

Change in the design paradigm

The first 50 million Indians who came online were mostly English-speaking users from cities. They were first introduced to the internet through the computer and laptop. On the contrary, most of the next billion users have grown up using smartphones since their childhood, and there are both pros and cons to this.

“The positives are they can type way better than most of the existing users, and their mobile phone usage is also very sophisticated. My learning at Google Pay India has been to ensure that anything that we design or build has to be natural,” said Sumit.

He believes the design interface has to be very natural to use for the next billion users. Stating an example, he said that payments always meant dealing with a list of transactions.

"But then, we discovered that payment is nothing but interaction between two different people. That is why when you open Google Pay, it is not a transaction based design but an entity-based design, with chat heads of people or friends who you have interacted with or transacted with,” he said.

Shayak said that platforms like Meesho allows online commerce to reach a large section of internet users. He added that about 78 percent of Meesho's users are women, who are collaborating and attributing to the community. Thus, according to Shayak, collaboration is the way forward. Other factors like producing more snackable video content and gamifying are very important. Finally, the designs have to be fun.

Vivekanand is of the opinion that localisation and literal translation of English content will not work with the next billion users. “Even while using design templates, we often tend to use the same icons across languages. That might be a problem for few,” he said.

After keyboards and keypads, the next trend that followed was touch.

“But touch can offer only so much. Voice assistance has been gaining popularity, and the way people interact with devices has changed,” Vivekanand said.

Sumit, however, believes the next billion users are going to use voice assistant and voice or speech use will be limited to an ‘assistant model’. Snackable content will cater to the next billion, he added.

“Everything is better in short capsules. It is all about how you summarise. Make your website using the right text and icons. Convey the main functionality in a simple and natural way,” Sumit said. Hence, the homepage of any website should convey the main contents of the website.

Moreover, an important lesson for all designers is to learn the need to change their perspectives and see how business metrics work.

Sumit said that startups with limited budget should not worry about how to make it big. Seeking advisory help from successful players in the ecosystem will help optimise the cost.

“There is enough material out there. Kick-start your research on day one. Validating what you are building with research is an added advantage,” Sumit added.