Future of Work 2020: Gojek explains how it gets more orders than Zomato, Swiggy 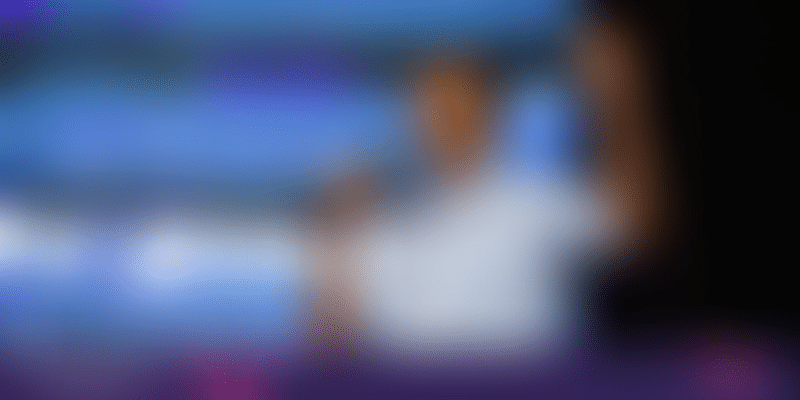 Having founded, built, and exited two marketplace startups before joining Gojek as Product Manager, Prasun Jain, is a man with deep insights.  At Gojek, he has been instrumental in building the growth team at Indonesia’s first and fastest-growing decacorn, that runs the equivalent of three Indian unicorns rolled into one.

Future of Work 2020: Meeta Malhotra, Founder of The Hard Copy, decodes the business of design

Gojek is a successful super-app that can be used for ordering food, commuting, digital payments, shopping, hyper-local delivery, and two dozen other services in Southeast Asia.

Speaking at the third edition of Future of Work, YourStory’s flagship conference for design, product, and tech, Prasun shared interesting anecdotes on how the startup was able to drive massive growth by leveraging marketplaces.  He also emphasised on the power of research in launching market-winning products.

The key to achieving explosive growth

When Prasun joined Gojek, it did not have a growth team. But after speaking to several people across the startup ecosystem, including those in the Silicon Valley and studying successful startups such as Facebook, Uber, and Airbnb, it was evident that having a dedicated growth team was imperative to growth.

And thus, Gojek put together a dedicated growth team, a move that was instrumental in accelerating the startup’s growth.

Know your customer and competition

In his talk, Prasun stressed on the importance of understanding both the customer and the competition, equally well. “If you really want to grasp what is happening, not only do you have to really know your users and talk with them, but also continuously look at what is going to potentially replace you.”

He urged marketplace startups to closely observe and understand the activities of users on competitor platforms. “By observing how your users are engaging on other marketplaces you can build new use cases. You can also explore further by seeing how your marketplace can engage with users in a transaction that is similar yet never been done before. A good example that we have in the Indian market is PhonePe becoming a marketplace with merchants accepting payments.”

The role of research is often understated in product development, he pointed out. Contrary to the industry norm, Gojek has almost the same number of researchers as designers and product managers, he said.

“Be it bridging existing gaps, improvising on product features or expanding into new spaces, our researchers, designers and product engineers work together and play equally important roles.”

Why Gojek did not follow the Zomato, Swiggy route

Before wrapping up his talk, Prasun shared some very interesting anecdotes to explain how Gojek leveraged market research and developed its fastest-growing merchant product.

“Today, we do more orders than Swiggy or Zomato, without our restaurants being compelled to bear any kind of loss or part with profits,” he said.

The journey started with Gojek observing the Indian market closely and realising that the model that was working for popular Indian foodtech startups such as Zomato and Swiggy, was not just unviable for them but also would result in burning huge amounts of money.

“In December 2018, Zomato was running a 50 percent discount for the entire month. While we saw that there was a significant number of orders, where the discount was the highest, we also observed that the high discount was possible because the players were not just asking the restaurants to discount, but also were topping it. Considering that, even back then we were doing a lot more transactions than the two players, it clearly was a no go.”

Gojek then turned its attention to consumers, to see how they could run attractive discounts that would appeal to them while not hurting the restaurants’ profitability.

“We asked consumers if they knew what they wanted to eat and from where, did the discount matter? They said it didn’t. So, we asked them if the same dish from another restaurant was on discount, would they opt for it, to which they said yes.”

These insights were instrumental in Gojek enabling restaurants to discount specific dishes on its platform as opposed to the industry standard of a restaurant-wide discount.

“This turned out to become the fastest-growing merchant product within Gojek. Today, 25 percent of our food orders are 100 percent funded by merchants' discounts. Which means we are not topping up on that discount. The total discount in this segment within the last six months has already touched $200 million. And, how much did we spend - zero.”