Hemant Mohapatra on why VC funding is not the only way, and Lightspeed India’s focus sectors for investment 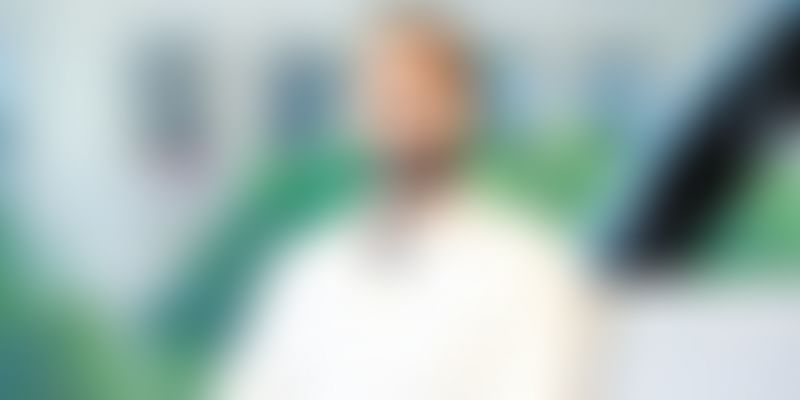 In this episode of 100X Entrepreneur podcast, Hemant Mohapatra, Partner at Lightspeed India Partners, talks about what makes VC funding risky, and how the fund is excited about startups in the healthcare space.

Based on the data available for the US, it is easy to map the birth and death of VC-funded startups. Most often, it is a mere 10 that survive from a pool of 100 VC-backed startups, says Hemant Mohapatra, Partner, Lightspeed India Partners, adding that venture capital leads to plenty of startup debt that a new firm may not be able to recover from.

Seeing a huge potential in the growing Indian startup ecosystem, Hemant ended up moving back from the US in 2018.

After completing his graduation from IIT Bombay, he worked at AMD in the engineering and product management functions. In 2012, after completing his MBA at Cambridge University, Hemant joined Google, where he worked in new partnerships and development for five years, post which he joined Andreessen Horowitz in 2017. Next came the Lightspeed Venture Partners opportunity.

Some of Lightspeed India’s portfolio companies are Oyo, Udaan, Darwinbox, OKCredit, and Shuttl, among others. Currently, Hemant is also a board observer at Digital Ocean, Cumulus Networks, Drishti, Actifio, and OnShape Inc.

Siddhartha Ahluwalia, Head of Community at Prime Venture Partners, caught up with Hemant on this episode of 100X Entrepreneur podcast, a series featuring founders, venture capitalists, and angel investors. He touches upon various topics related to startups in this podcast.

Tune in to listen to Hemant in conversation with Siddhartha:

Hemant believes that venture capital is a high-risk asset class.

Instead, he advocates other ways to raise capital. “The easiest and the best way to do that in many cases is to raise this capital from your customers through revenues, and there are large corporations built that way," he adds.

Why founders should be looking at India to solve problems: Sanjay Anandaram

Moving on, Hemant speaks of internet penetration and data explosion as the two major phenomena fueling the growth of many consumer-focused enterprises and startups around the world. He draws parallels with the US and China, adding that data penetration and value creation are indeed strongly interconnected.

Large unicorns in the US have managed to create value when data penetration reached a certain ratio of the overall population, thanks to favourable data rates, cost of cellphones, etc.

"A similar story has played out in China in the last 15-20 years where value creation by venture-funded companies is primarily because of data penetration. This scene has started to replicate in India over the last two years," he says.

There are many layers in the Indian economy that are not touched by digitalisation even now, with sectors like logistics, agriculture, fintech, and education seeing a lot of gaps and inefficiencies in processes. Hemant says that Lightspeed wants to back startups that are solving these problems.

Hemant says that Lightspeed Venture Partners does not like to confine itself to a single market, and has experimented across almost every industry since its inception in 2006.

"Apart from investing in OYO, we also invested in B2B commerce startup Udaan, which is the Alibaba-equivalent in India. Then there is YC-backed OkCredit, where we helped them in seed funding, and probably are their earliest investor. So broadly, there are four categories based on the past patterns SME, fintech, education, and, of course, the B2C space."

Lightspeed has made investments in healthcare startups too. Hemant notes that since the healthcare industry is largely underserved and non-digitalised in India currently, there is potential for great spending, making corporations of businesses plugging crucial gaps.

"Currently, some problems around regulations and the fundamental data challenges are being solved right now. We will keep an eye on this market. Whenever we come across a strong team that has a business model that will crack the market, we will make our investment there."