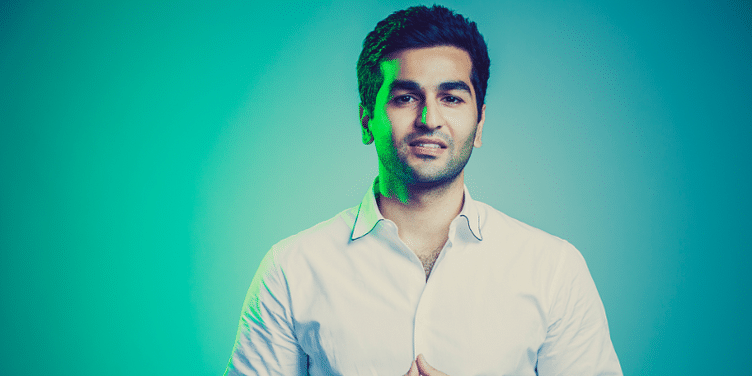 Messaging app Hike promises to deliver online avatars that are 'more life-like than ever before'. The tech unicorn also plans to tap into the virtual economy in 2020.

﻿Hike﻿Founder and CEO Kavin Bharti Mittal has big plans in 2020 for the AI-led startup that was one of the fastest to reach unicorn status in India in 2016. The 32-year-old is looking to bet on the virtual economy this year, something he says has not been tried in India yet.

Chinese internet giant Tencent, which is also an investor in Hike has “successfully built on the virtual economy in China", he says. There are signs of it popping up in the US, through games like PubG and Fortnite, Kavin adds.

“Virtual economy is an untapped model in this country. But with people spending more and more time online, we are excited at the prospects.”

In a virtual economy model, the customer would pay the company for items to spruce up their online avatar or virtual clone - a particular hat, a certain jacket, or a unique pair of glasses, for instance.

Indians are getting increasingly conscious of what they wear and how they look, and that consciousness is now spilling into the online space as well, Kavin says.

“Indian consumers are very particular about how their online or virtual avatars look. The desire to have a certain self-worth, a certain status online is very high.”

People spend money on things they don’t really need in the offline world all the time; this is now likely to start translating into the online world as well, he adds.

Till now, all of Hike’s offerings have been free; there have been no premium or paid for features.

But going into 2020, the company wants to experiment with premium offerings while continuing with the free features. “It is still a seed; we want to figure as we go along,” Kavin says.

The company is “extremely excited” to build a whole new category in the form of a “new kind of virtual community”, Kavin says. “There are about half a billion users in India, so even if a small percentage wants it, it is a huge market.”

Such platforms can be incredibly meaningful from a business standpoint, Kavin adds. He goes on to explain - even if it’s half a dollar net revenue per month per user - that becomes massive.

“Let’s say 10 million users pay half a dollar per month; that means there is a big business to be built.”

The many avatars of Hike

Hike has raised over $261 million in capital from top-tier investors such as ﻿SoftBank﻿, Tiger Global, Tencent, Foxconn, and Bharti, among others.

In August 2016, it raised its Series D round of funding at a valuation of $1.4 billion and managed to become one of the fastest to attain unicorn status among Indian startups.

Since its launch in 2012 Hike, the company itself has changed its avatar several times over. It initially started as an Indian messaging app, making its way to the top of  Android and iOS’ free apps.

Within a couple of years, Hike offered several features such as news, games, cricket scores, along with stickers and offline chat on its platform. Then it built a ‘super app’, basically a single app, for services such as messaging, news, payments all under one roof, on the lines of China’s WeChat.

In 2018, it launched a UPI-integrated payments platform that allowed in-app transfers between banks. Last year, it decided to unbundle the super app business and discontinued the payment platform.

In April, the company launched Hike Sticker Chat to reduce users’ dependency on the keyboard and currently has two million weekly active users.

A new land of opportunities

In November, the company rolled out what it calls India’s first hyper-local and personalised avatar named HikeMoji, in beta. Within three months, over a million HikeMojis have already been created, Kavin says.

On Wednesday, Hike officially launched the new product, which will be the stepping stone for its next platform, HikeLand, expected to be launched in beta next month.

With HikeLand the company is looking to create a new online social experience in 2020 where your online avatar can “hang out” with close friends and significant others.

“HikeLand will be a magical place online where you can hang out with close friends and significant others. HikeMoji is going to be at the centre of it.”

Hikeland will be available inside Hike Sticker Chat and “access to the land is going to be free,” Kavin says. “We are building a place for people to hang out online when they can't hang out offline.” The company is cagey about the details of the “land”.

The target audience for the company continues to be between 16 and 21 years. However, Kavin adds that the audience is becoming younger as many young people are getting smartphones.

How the cloning happens

HikeMoji uses machine learning (ML) and artificial intelligence (AI) to convert a user’s selfie in less than three seconds into an emoji, which the company promises will be more life-like than ever before.

The company has also introduced user-generated stickers, where they can now convert anything they type into HikeMoji Stickers of themselves. These can be added to WhatsApp as well in one click.

“HikeMoji users can now play around with over 1,200 components, including hairstyles, skin shades, accessories, facial features, expressions, and even emotions, giving them a chance to enjoy an avatar that not only reflects their personality but also their mood. The transition from beta to V1 (version 1) also gives users a variety of features, including dimples, freckles, cheek-lines and more,” the company said in a statement.