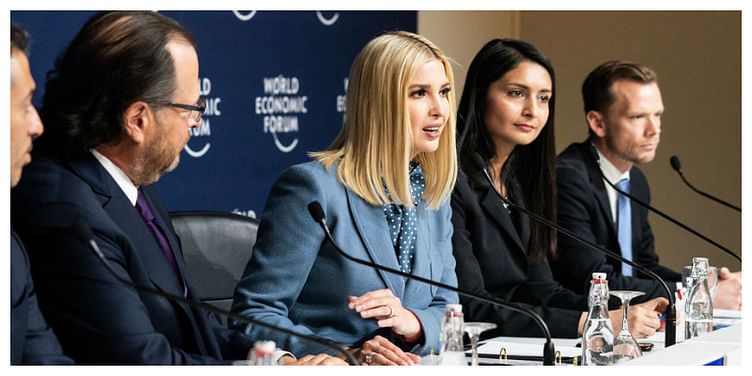 Reskilling Revolution is an initiative that was launched by the WEF to provide one billion people with better education, skills, and jobs by 2030.

Among the many issues that beset the global economy, unemployment seems to raise a lot of alarm. While some may argue that there aren’t enough jobs in the market, others may say that there are enough jobs, but people don’t have adequate skill sets.

Can the gap between skills and jobs be bridged?

At the recently concluded World Economic Forum (WEF) summit at Davos, Switzerland, in a panel discussion titled, ‘Reskilling Revolution: Better Skills for a Billion People by 2030', political leaders, industry experts, and others gathered to discuss the scheme that aims to future-proof workers from technological change and help economies by providing new skills for the Fourth Industrial Revolution.

Reskilling Revolution is an initiative that was launched by the WEF on January 22, to provide one billion people with better education, skills, and jobs by 2030. The initiative is supported by the governments of India, Oman, Pakistan, the Russian Federation, and the United Arab Emirates.

Additionally, industry accelerators have been set up for various sectors, including aerospace, manufacturing, aviation, etc., and various steps to be taken in the future are in the pipeline.

Saadia Zahidi, Managing Director of the Centre for the New Economy and Society, World Economic Forum, explained that this initiative will lead to “better education, better skills, and better jobs.”

She also added that several types of jobs are going to unfold in the coming years, and so ensuring better metrics and coordination between businesses can help in developing mechanisms to overcome the global predicament of unemployment.

Here is a look at what the global leaders said at the summit.

The Advisor to the US President Donald Trump reaffirmed the United States’ commitment to contributing to the Reskilling Revolution through its Pledge to America’s Workers programme. Ivanka Trump, who has been focussing on education, economic empowerment of women and their families, spoke about the importance of reskilling and the need for countries to come together to address the issue.

“There is so much we can learn from each other,” she added.

Trump also added that innovation remains an important element in any endeavour. In businesses, a lot of new industries have emerged, thanks to innovation.

She emphasised that education will further bolster the Reskilling Revolution. According to her, “education and learning are lifelong pursuits which are not just limited to a short period of time.”

Trump also noted several campaigns that are aimed at fostering entrepreneurship and improving the state of education. The National Workforce Strategy, for instance, has combined 14 federal agencies who have been instructed to come up with a blueprint on rethinking education. An advisory council has also been set up to borrow the expertise of the industry leaders and academia in the field of business.

She also said that the US is leveraging technology to modernise recruitment, hiring practices, and bring about data transparency, that would connect workers with job vacancies. “People need to know about the jobs that exist today,” she added.

Trump also urged the private sector to increase investment in its workforce.

He said, “This obsession that we have had with maximising profit for shareholders alone has led to incredible inequality and planetary emergency.”

Benioff believes that the world needs to think of ways that would lead to doing business in a more equal and sustainable way. To achieve this, he highlighted three aspects that are required – education, skills to succeed, and adopting a multi-stakeholder approach.

Explaining his last point, Benioff said, “When all stakeholders are included, then this business becomes a great platform for change.”

Benioff, who set a benchmark for global businesses by donating one percent of Salesforce’s equity, product, and time to its communities, urged companies to adopt their local public schools. He said, “To make sure the Fourth Industrial Revolution is bringing everyone along, we need education and skills to succeed.”

He also said that investing in the workforce is paramountly important as they are “one of the key stakeholders” of society.

“We need to rise to this moment of emergency. We need to act now,” he concluded.

Minister of State for Higher Education and Advanced Skills, Ahmad Belhoul, had a unique perspective on unemployment and reskilling.

He said, “Unemployment due to economic conditions can be solved. Unemployment because of skill mismatch is worse.”

Belhoul, in his short and crisp speech, highlighted that the UAE is focussed on tackling basic education. He also admitted, “There’s no secret that our scores in education are one of the lowest here.”

Belhoul concluded by iterating that the ministry wants to make reskilling inclusive, and also ensure to not produce students who will be unemployed tomorrow.

Allen Blue, Co-founder and Vice-President – Products, LinkedIn, said, “Our research shows us that jobs emerging in the global economy span a wide range of professions and skills. They will provide opportunities for workers of all backgrounds and educational levels."

He added, "But for all of the opportunities that the new economy will bring, the stark skills, and gender gaps that exist today – especially in these fast-growing and emerging jobs – must be addressed now if we want to ensure that the Fourth Industrial Revolution is an equitable one.”

India’s second-largest IT services company, Infosys’ CEO and Managing Director, Salil Parekh, said, “We are excited to partner with the World Economic Forum through the Reskilling Revolution initiative."

He added, "As the availability of digital talent continues to be one of the greatest barriers for enterprises to transform, organisations need to nurture a culture that enables talent – across disciplines and skills – to benefit from a continuum of lifelong learning that prepares them for the future of work. We are keen to help drive the transformation.”