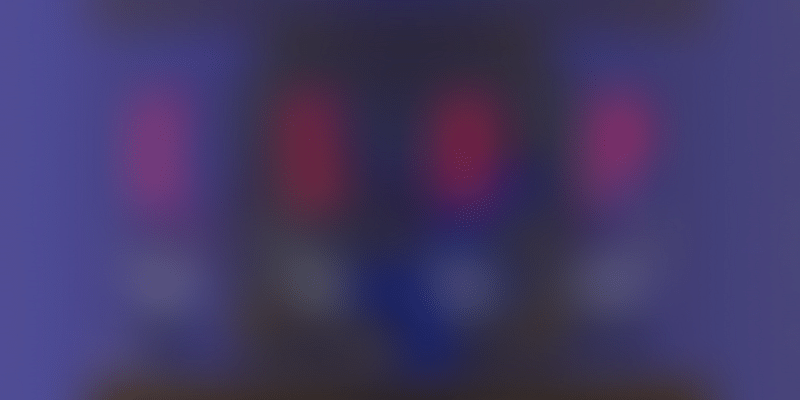 In this episode of #MatrixMoments, Avnish Bajaj, Founder and MD, Matrix India, talks about how startups can structure ESOPs for their employees’ incentive plan.

There are different retention modes and methods used by early-stage startups to attract the best talent. But structuring and designing an effective incentive plan is key at the early stages, as this helps promote retention as well as high levels of motivation among the team.

From cash-versus-equity, how much equity is apt at each stage, bonus plans, to measuring employee performance through a balance scorecard, in this episode of #MatrixMoments, Avnish Bajaj, Founder and MD, Matrix Partners India, outlines simple thumb rules to keep in mind when structuring your employees’ incentive plan.

“Even when we exited Baazee, we had this concept of Baazee mafia. We had ESOPs all the way down to the office boy. And I still remember that the office boy made Rs 2 lakh and his salary used to be maybe Rs 5,000 at that time,” says Avnish.

ESOPs is becoming common, thanks to the Flipkart Millionaires.

“If people were making Rs ‘X’ lakh, and they happened to perform well in their jobs, they would ask for a cash increment and compensation. But this is changing, thanks to the Flipkart exit, which created several ‘Flipkart millionaires’.”

Because of the recognition of the wealth creation possibilities of ESOPs, it’s less of a sell, he points out, adding that the founders of some of Matrix’s portfolio companies have been able to attract talent at a third, half, or a fourth of the cash compensation the person is making.

Yet there is a struggle between cash-versus-stock. The question is how much equity does a founder need to part with. Avnish explains there are some simple questions one can ask oneself: are you a ‘co-founder-level person’ or are you hiring beyond that?

[Matrix Moments] If you have a real business, it should continue to grow without marketing: Avnish Bajaj

What is the equity the founder needs to part with?

“If you are hiring a co-founder, we are talking percentage of the company. Typically, CTO is three to seven percent. Co-founders is somewhere in that range. Maximum would be maybe high single digits. And this is not the original starting co-founders, who would have 20-30 percent each or whatever,” adds Avnish.

Then comes the next level. Here, he says one must think of equity options as a multiple of cost-to-company (CTC). Giving an example, he explains,

“Let’s call it a range of 1X to 5X your CTC; this should be the stock equivalent. Let’s take the midpoint of 3X. Typically, ESOPs are vesting, and ESOPs vest over four years. You will be telling the person who is joining you that by the next round, the company’s valuation should double or triple. So the value equals six-nine times the CTC, spread over four years. This means they are getting almost 2X their CTC every year in variable comp. That’s a very good benchmark.”

This will multiply (depending on the seniority) when another round happens, Avnish adds. “For example a company has a market value Rs 200 crore. They want to bring somebody who is making Rs 70 lakh-80 lakh or a crore. Lets say you are not able to pay that market salary, you convince the person to come in at Rs 60 lakh and give them three time CTC, that is Rs 2 crore as ESOPs. That’s one percent of the company, valued at Rs 200,” says Avnish.

The key elements that need to be a part of ESOPs

But what are the key elements one needs to include in an ESOPs plan? Avnish adds at the most basic level or at the most commercial level, it is what is the grant/exercise price.

Logically, it makes sense to give it at par because then most employees are in the money. But then it isn’t easy because in accounting parlance it is considered a compensation expense, he says.

“Unfortunately or fortunately most of our companies end up being loss-making. So, it doesn’t matter. But these accumulate over a period of time. Second, you are not really creating an incentive for that person to create value because if the company is Rs 1,000 crore when they were coming in and you are issuing it at zero, they are already in the money. What is the incentive for them to create Rs 2,000 crore and Rs 3,000 crore? It’s a tricky balance,” adds Avnish.

Even if one size doesn’t fit all, he advocates starting with par value. As the company scales, you need to start giving it closer to the last round price at which the company raises money.

“Second is vesting period. In all our term sheets, we encourage the founders to have a standard one: four-year vesting and one-year cliff, which means if somebody leaves within the year, they have nothing,” explains Avnish.

He encourages startups to adopt monthly vesting. If companies are increasing in value and employees become aware of that value, sometimes they time their exit from the company based on when they vest. So monthly vesting put an end to that, Indeed, retention is part of the objective of having a stock option plan.

“When you hear about Sundar Pichai and Satya Nadella and all these guys making tens of millions of dollars, they are actually getting it in stock compensation. And I think a company should continue to issue stock. I think ESOPs create the ultimate alignment of incentives because people keep getting rewarded with more ownership along the way,” says Avnish.