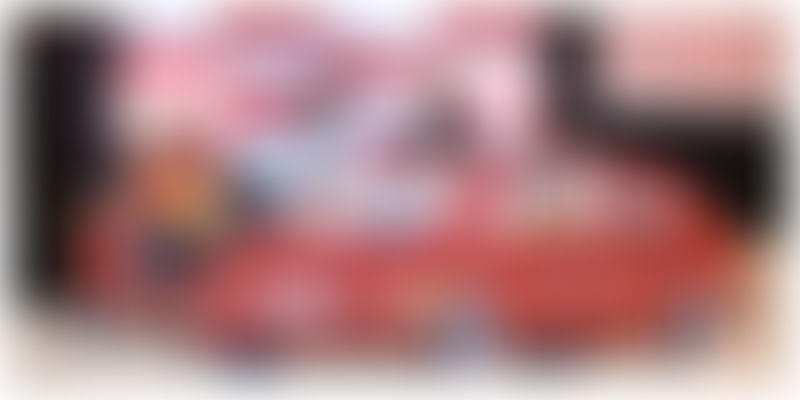 This new service by redBus is for working professionals in the national capital to avail and offer rides in their cars and bikes while commuting between home and their workplace.

Bengaluru-based online bus ticketing platform, redBus announced the launch of rPool, a carpooling and bikepooling service feature on the app, in Delhi today.

The feature has been integrated into the redBus app, giving easy access to commuters. The carpooling was launched in Bangalore, Hyderabad and Pune in June last year.

The rising pollution and decline in Delhi’s air quality have raised the alarm around reducing carbon emissions in the city. Commenting on making carpooling and bikepooling a part of daily life to combat environmental predicaments, Prakash Sangam, CEO of redBus, said,

“Research suggests that if four people share a car for 10 Kilometres, about four to five litres of fuel could be saved, thus reducing carbon dioxide emissions by nine to eleven kgs. With a growing user base for redBus in the north, especially in NCR, the company is poised to scale rPool at pace, positively impacting urban commute in Delhi.”

rPool is not a commercial endeavour. This new service is for working professionals in the national capital to avail and offer rides in their cars and bikes while commuting between home and their workplace. The ride takers and givers will be connected based on the similarity of location by algorithms.

Sangam said, technology has been leveraged in several ways to ensure the safety of the riders is not compromised. For instance, the app has a feature of artificial intelligence-based photo detection. It also has an option for female riders to choose only female commuters.

Furthermore, the riders also have an option to cancel ride using an SOS button if there is a discrepancy in the information given on the app for the ongoing ride.

While ride takers can avail this opportunity to travel to workplaces in convenient and comfortable vehicles, ride givers will be able to split the fuel money with the ride takers, the transaction of which will be done in the form of Amazon vouchers, Paytm fuel wallets, etc. The cost of rides will be Rs five per km for cars and Rs four per km for bikes.

The launch of redBus’ carpooling and bikepooling facility may see an increase in the transport tech market especially with the likes of market giants like Ola’s Ola Share and Uber’s UberPool.

Speaking to YourStory on breaking into this market, Prakash said,

“We don’t see ourselves competing with Ola and Uber at all. It’s true that both provide commutes but our focus is on how people using private vehicles can pool together.”

Prakash said that it is about getting comfortable with the carpooling process with people you may not know. To spread awareness around the same, he said that the start-up is carpooling with corporates like Wipro to promote the concept.

redBus was launched in 2007 by Phanindra Sama, Sudhakar Pasupunuri and Charan Padmaraju. Prakash joined the company in 2014 after having worked at Info Edge, Airtel, and Unilever. The company has so far covered 60,000 routes across India and countries like Columbia, Peru, Singapore, Malaysia, and Indonesia.

It will soon be launched in Thailand, Turkey and Vietnam.