WATCH: The week that was - when Satya Nadella and Mukesh Ambani discussed people’s empowerment 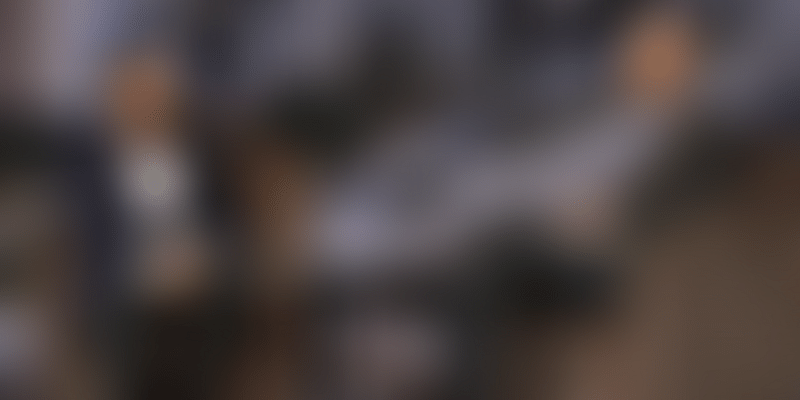 Microsoft CEO Satya Nadella was on a three-day visit to India and addressed an august gathering of India’s leading CEOs. He also met Reliance Industries Chairman Mukesh Ambani. Read more about this and other stories in this week's wrap

When two business leaders, who have inspired and influenced the lives of billions of people, meet, it generates a lot of public interest.

Microsoft CEO Satya Nadella, who was on a three-day visit to India, addressed an august gathering of India’s leading CEOs in Mumbai. His keynote address culminated in a fireside chat with India’s wealthiest man and Reliance Industries Chairman Mukesh Ambani, who congratulated Nadella on his leadership at Microsoft and commitment to India.

“I congratulate you for your leadership at Microsoft and the transformation you have brought about. I also thank you on behalf of all of us for the scale at which you have committed to India. Even some years ago, we would not have anticipated it," Ambani said.

Nadella returned the compliment by acknowledging the disruptive impact of Reliance Jio on India’s technology and business landscape. He highlighted how Jio empowered people and businesses by giving them access to the most affordable internet in the world, increasing data consumption by leaps and bounds.

Since 2016, Jio has cut down data cost in India from Rs 300 per GB to Rs 12 per GB, which Ambani had compared to the price of a ‘vada pav’ (a Mumbai snack) during the network's launch. The Reliance Chairman went on to attribute India’s digital and mobile revolution to the average Indian, calling it “the people’s boom”.

What keeps people ticking is food. The one thing that tops the list of most favourite food is ghar ka khana (homemade food). But busy routines and crazy deadlines often edge homemade food out from our workdays. Enter Yummy Tiffins, a Mumbai-based tiffin service that allows you to plan your dabba every single day.  The bootstrapped startup was founded by Pratik Jain, Chirag Purohit, and Vivek Kawar in 2009 in Mumbai. The founding trio, who met through common friends, decided to differentiate their tiffin service by making it customisable.

The platform gives consumers the choice of deciding their meal combination, based on preferences and budget. The menu is different every day, but includes some standard items such as vegetables, dal, soups, salads, sandwiches, and snacks. All meals are cooked in rice bran oil and olive oil.

During his MBA days, Pratik and his friends used tiffin services from local neighbourhood aunties. Meals would become boring eventually with the same sabzi, roti, dal, and rice combinations.  With Yummy Tiffins, Pratik tried to find a middle ground between a restaurant and a tiffin service.

In 2016, post-demonetisation, India saw a rise in digital payments across the country. According to a Credit Suisse report, India’s mobile payments market is going to be a whopping $1 trillion market in the next two years, giving us a sense of the staggeringly large digital payment market in India. And now, with the next billion users coming online, digital payments will continue to be the next big thing. In fact, digital payment is one of the key features of the ‘Digital India’ campaign.

However, there is a glitch. Despite several fintech players like Paytm, Google Pay, PhonePe, and BharatPe in the Indian digital payment ecosystem, its penetration is confined mostly to metro cities. Users in Tier-II and III cities are still wary of using digital payments as an option.

An app for fishermen

For 34-year-old Srinivas M, the day begins at 2 am. He spends the night at sea and heads to the harbour to sell his catch. Auctions begin in the next two hours, and selling fish is what gets food on the table for his family. Usually, he needs to jostle with over 6,000 other fishermen at the Kochi harbour. However, life has now become easier for Srinivas with the FreshToHome app. He simply puts up his product on the app, which is then bought by the startup.

The app works on a simple and gamified model. Once a fisherman opens the app, the camera “reads” the fish, and detects its variety and size, based on which the fisherman bids. At the other end, one or two “feet on street” bid at auctions, pick up the catch, and transport it through the cold chain to respective hubs.

“The app reads the fish based on neural network training that detects the kind of fish. We use an AI-based, US-patented technology. The tech has been built thanks to the core team’s collective experience at Zynga. We were able to focus on making the app interactive and easy-to-use for the fishermen,” says Shan Kadavil, Co-founder and CEO, FreshToHome.

High school is a busy time for kids who have to learn the fundamental concepts in their stream, write exams, figure out what to do in college, and start prepping for entrance exams -- all in a short span of time. Help in the form of quality content, therefore, can effectively supplement formal education at this stage.

Eying the opportunity that the country presents, and the rise of edtech startups like Vedantu and Byju’s, Li Yong, the Founder of Chinese edtech Unicorn Yuanfudao, launched its startup, Oda Class, in India.

“When Yuanfudao planned to come to India to develop the online education business in 2018, it came to Bengaluru for research, and that's when they met me, where I was the head of an institute called Allen. Li Yong and I shared our thoughts about the education industry in India and China. Yuanfudao had the best business experience and I knew the market, the parents, and students. By combining our resources, we realised we could provide a platform with quality education," says Shushant, Co-founder, Oda Class.

Bengaluru-based Oda Class offers content and material via video, adopting a dual-teacher model with IIT and NIT alumni. The dual-teacher system is an approach of delivering lectures by a master teacher with chat-based interaction complemented by personal assistance from an academic mentor available round-the-clock for doubt-solving. Shushant says that dual-teaching has been a big hit in China as it enables students to learn concepts faster.