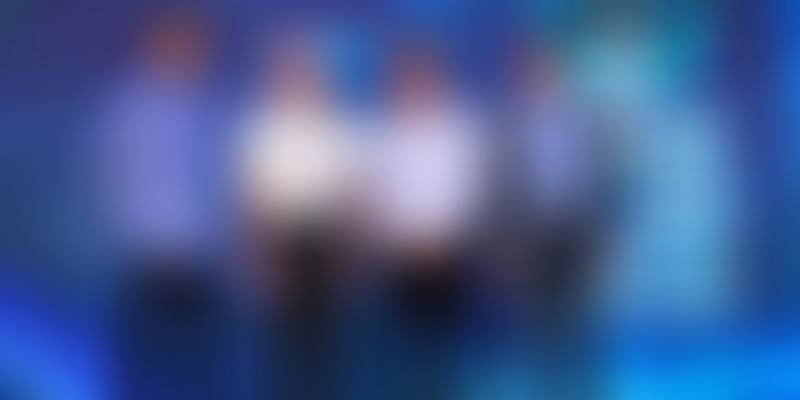 Space Federation of India is an exclusive not-for-profit association especially for the private space sector, consisting of startups, SMBs, and corporates, who want to get into the sector.

The next set of innovations and the origin of new profound technology is going to be in the space sector. From sending satellites to colonising different planets, private firms, as well as government-run space agencies, are working to turn theories into reality.

With the United States and Europe making huge strides in the field of space technology, India is not far behind. A decade ago, the sector would be a topic of interest only for the Indian Space Research Organisation (ISRO) which possesses the resources to work on it.

Being at par with the western countries, India has also launched several satellites, the latest being the Chandryaan-2 and Mars Orbiter Mission (MOM). Last year, India joined the cohort of space superpowers along with the US and China, when it shot down a live satellite with its anti-satellite weapon, A-SAT.

However, at present, thanks to multiple factors like the decline in satellite manufacturing cost by 90 percent and educational institutions providing early-stage support, private companies and startups such as Kawa Space, Bellatrix Aerospace, Pixxel, and Skyroot Aerospace to name a few, are entering this niche sector in India.

To help grow the existing yet budding space ecosystem in the country, Space Federation of India was founded by a group of spacetech entrepreneurs to shape, guide, and enhance the young startups in the sector.

Launched by Kris Nair – Founder of Kawa Space, Pawan Kumar Chandana – Founder of Skyroot Aerospace, and Sridhar Ramasubban - former CBO of Team Indus and an early-stage investor, the organisation aims to bring spacetech firms to the forefront. The federation was launched at the Kerala Space Conclave, Edge 2020 on February 1.

On the eve of its launch, Pawan Kumar said, “This is an exclusive not-for-profit association especially for the private space sector of India, consisting of startups, SMBs, and corporates.”

The need of the hour

In India, the spacetech market is seeing certain groups building their satellites, launch vehicles, advanced satellite propulsion, and other subsystems that go into space activities.

To cater to these firms and help them with their concepts, these entrepreneurs launched SFI to bring various stakeholders under one umbrella and provide collective solutions for accessing and understanding the need of the market.

Sridhar said, “The answer to why now is because, over the past few years, we have seen the capabilities of startups and MSMEs. Earlier, there was a requirement like TRL (Technology Readiness Level) to prove the commercial viability of the concept, organisational maturity, and a few other things, which small organisations didn’t have.”

These capabilities which were earlier available within a closed group of academic institutions are now more democratised among startups and smaller organisations. According to the founders, there is a need to amplify the voice of startups and provide them with handheld support to grasp the market and provide solutions accordingly and grow at the same time.

Unlike other countries like Japan, Australia, and the UK who have their Space Act, India doesn’t have an act as such currently. A lot has to be done in this particular sector that would make India a sustainable space economy nation.

Pawan added, “This body would help and channel various key issues ranging from investments, collaboration, and creating awareness for the private sector in India. It would also help stakeholders get a better idea about regulations and policies, as well as the promotion of industry developments in the space sector.”

The organisation will also moderate and streamline the interest of the government, private industry, and media to get a hold of the market.

Bringing the private space industry to the forefront

The association will enable and represent the interest of the stakeholders, for instance, in developing and supporting programmes and policies for a robust, dynamic space industry in India.

Further, it will also help in advancing, moderating, and streamlining interests of the members of the government, media industry, and public affairs to represent their interest in coworking with the Government of India, ISRO, and other global participants to build a thriving space ecosystem in the country.

Speaking on the same note, Kawa Space’s Kris Nair, said, “It is more of a platform than society for young entrepreneurs, students, or anybody working in the spacetech or space business. The next step is to onboard people like entrepreneurs and students to work towards the ecosystem.”

The organisation has a set of actions planned for the sector which includes intense networking, a bridge for concerned representations to trade, with government bodies, close interaction with regulators and influential industry to advance interests with policymakers.

It will also look towards working on the technology, partnerships, and alliances to create investor awareness and interactive sessions, as well as build national and global outreach for the Indian private space sector.