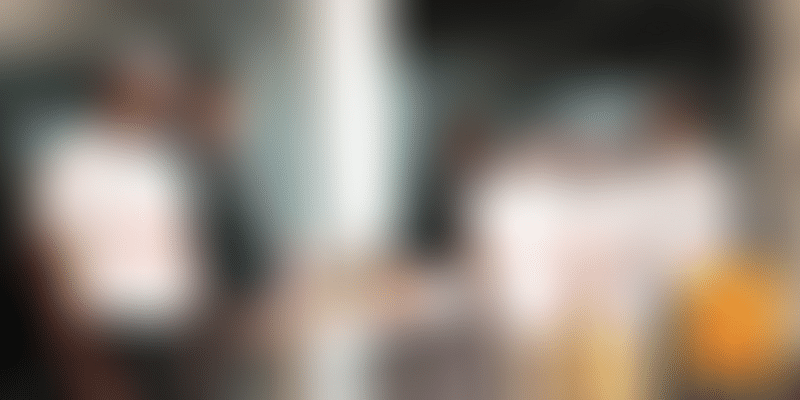 In 2015, Menka Gurnani (32) was diagnosed with vitamin D deficiency. The doctor prescribed her few medicines, but she found it a bit uncomfortable to consume the medicines and found it inconvenient to go out in the sun.

To understand the problem in depth, she started reading up and came across a report by world health organisation (WHO), which said a majority of Indian population is vitamin D deficient.

“Can’t there be a natural food source for vitamin D? This question provoked me as a scientist to work on this. We wanted to find the best possible solution to fight vitamin D deficiency. Our main objective was to find natural foods with high vitamin D content,” says Menka.

Realising the importance of developing a vegetarian food rich in vitamin D, Menka, along with her acquaintance Dr Raj Kumar Maurya, founded Hidaa Lifesciences in 2018.

The Ahmedabad startup has developed a technology to extract vitamin D from mushrooms, which is a natural source of vitamin D, and claims it to be 100 percent vegan and whole food nutrition.

Hidaa has also developed vitamin D rich powder and Khakhras. Sold under the brand ‘D’bello’, the powder is just like salt and sugar, and can be added to any staple Indian food like chapatis, dal, sabji, etc. The team says, at present about 80 percent of its users are from Tier II cities.

“The beauty of this product is it will not change or alter the taste and texture of food, and is suitable for all dietary habits. We can get vitamin D RDA i.e., 400 IU by adding half spoon of D’bello powder or by consuming two pieces of khakhra that we have developed. A convenient source of vitamin D, it can be had anywhere, anytime,” explains Menka, who is a post-graduate in Microbiology.

Big on natural beauty, she started up in her kitchen with vegan skincare brand Alanna

Idea behind starting up

Vitamin D deficiency leads to bone diseases, depression, and other lifestyle diseases. While lack of exposure to sunlight is one of the main reasons for the deficiency, another major reason for the increase in deficiency levels is the lack of availability of natural foods that are rich in vitamin D.

The team started its research on vitamin D in June 2015, and developed D’bello after 2.5 years, and finally launched the products in January 2018.

As both the co-founders are based in Ahmedabad, the team says it received good governance and support due to Gujarat government’s startup policies.

Dr Raj Kumar Maurya holds a post-graduate degree and a doctorate in Philosophy and Microbiology. He has more than 25 years of experience in research and development, and has worked with many multinational and Indian pharmaceutical companies. He has been credited for the discovery of new molecules having pharmaceutical applications in biotechnology, and has a number of patents and publications to his credit. A technocrat, he has also developed many commercially important technologies in biotechnology.

Menka has a decade’s experience in research and development in a leading pharmaceutical company. She also has a number of patents to her credit. At present, Hidaa is a team of eight employees including the founders.

The market for vitamin rich foods

While there are many brands such as Bhookha Haathi, Pure Nutrition, etc. offering nutraceutical supplements, Hidaa founders claim there is no one in the market offering vegan products like the startup.

Menka says: “Pharma companies providing the animal derived or chemically synthesised medicine are our competitors. It is a curative therapy. We are currently focussed on vitamin D and want to build this as a preventive food therapy for vitamin D deficiency. We have developed vegan natural vitamin D as a food ingredient, and we have to create our own niche area for our presence.”

The founders claim the unique feature of their offering is it provides 100 percent whole food nutrition made completely from natural plant source, which is chemical free.

Currently, Hidaa’s products can be found offline in malls across Gujarat and is available pan India through ecommerce platforms such as Amazon and Flipkart.

Registered under the Department for Promotion of Industry and Internal Trade (DPIIT), the startup has received an initial grant of Rs 10 lakh for product development, and Rs 5 lakh for market development by the Government of Gujarat.

However, in the next two years, the startup aims to reach two lakh customers and plans to expand its production facility in 2020.