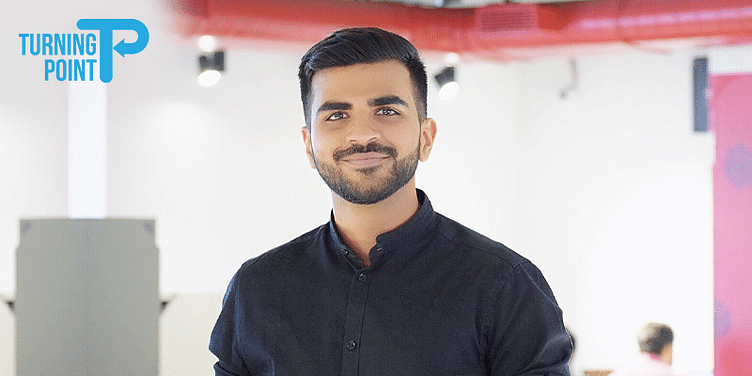 Turning Point is a series of short articles that focusses on the moment when an entrepreneur hit upon their winning idea. Today, we look at Mumbai-based startup ION Energy, a battery management and intelligent platform.

Akhil Aryan, the Co-founder of ﻿ION Energy﻿, was interested in the physics of energy and software since he was a young boy. He was managing product and growth at Haptik as CPO in 2015. This was the time when there was a lot of hype surrounding Tesla Model S, which had just come out.

“I was reading up on how electric mobility is shaping up and whether it is going to become a real big deal or just a fact. At the same time, my father was also deciding to sell his Skoda Superb car,” says Akhil.

So instead of selling the car, he suggested his father let him convert it into an electric car. He started reading books on how to convert an internal combustion engine into an electric one, and bought components online.

“As I started going through the process, I noticed that the battery pack was half the cost of the car. I realised that there is no point in converting Rs 10 lakh-50 lakh car into an electric car, whose battery alone costs one crore rupees,” explains Akhil.

As he read up more on batteries, he understood that the battery is the most expensive and complicated component of an EV and if you solve that problem and make the battery accessible in a way that it lasts longer or performs better, then you can significantly reduce the total cost of ownership of the vehicle even though the upfront costs might be similar.

This is when Akhil decided to go deeper into the battery management space and realised that nobody at the time was doing it in India.

Thus, in 2016, he started ION Energy in Mumbai. ION is a deep technology platform to optimise battery performance and life-extension for the new era of electric vehicles, energy storage, and connected devices. The startup supplies its product to companies that are building EVs and energy storage systems for renewable energy.

“It is essentially a cloud-connected battery management system that allows you to see how batteries are being used and continuously improve their performance,” states Akhil.

In 2017, ION acquired Freemens SAS, an eight-year-old French company that is building battery management systems. Today, ION has offices in India and France.

Alexandre Collet, who was the founder of Freemens SAS, joined ION as the co-founder in 2017. Today ION has a total team strength of 53 people.

“We think of ourselves as the opposites of a startup story. We acquired a company in the first year. The fact that we were able to do a cross-border acquisition in the first year of existence was quite interesting as it is not common for an Indian company to acquire a European company. It is usually the other way around,” he says.

The startup today has operations in 12 countries, the biggest markets being India, France, Germany, and the UK.

ION has raised over $1 million in three transactions from Tessellate Ventures and other undisclosed investors.

Talking about the future, Akhil says,

“We want to become major players when it comes to battery management systems and battery intelligence. Today, because the market is nascent, we can confidently say that we are the largest in India and want to continue maintaining the lead and leverage our position.”

The startup is focused on continued investments in product innovation. “We want to build a deep link between hardware and software so that we can continue to innovate software to improve the quality of our hardware and build partnership with period OEM that can be built over time as the market matures,” he adds.

Why Akhil Aryan’s ION Energy is betting on battery technology