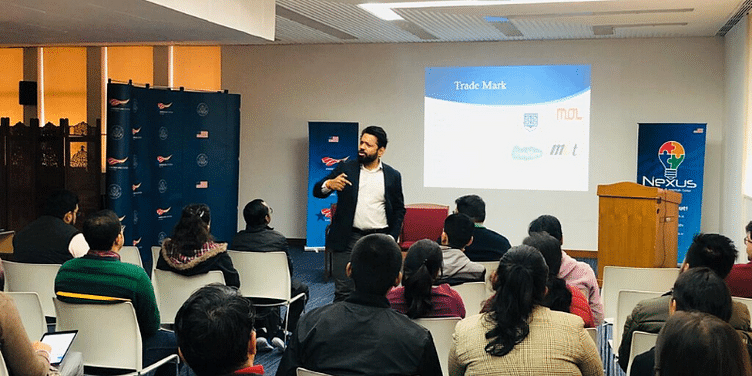 Known for its innovation and business practices, the United States remains a clear global leader for startups. However, the country is now sowing these elements in India through a government funded incubator programme called the Nexus Incubator.

Funded by the US government and part of Public Affairs of the State Department, it is the first ever such initiative across the globe, which wants to contribute towards the growth of the vibrant startup ecosystem in India.

“The idea was to see if we could come and set up an incubator similar to what we do in the US to help Indian startups grow as well as become sustainable,” says Erik Azulay, Executive Director, Nexus.

Erik, who has been a serial entrepreneur himself, went around the country to study the incubators in various locations and felt that many of them were operating more like co-working spaces with little co-ordination. But he was very clear that Nexus would not be a competitor to other incubators.

“The startup ecosystem in India has been receiving a lot of money and attention with different components like good talent, IITs, government support, and fund houses. But these are working in a fragmented manner,” says Erik.

Nexus aims to be that one comprehensive platform where it can bring all these elements together and become a neutral platform.

According to Nexus, its main focus is to teach business fundamentals to startups and entrepreneurs while being sector agnostic on the kind of companies they would engage with.

Erik says, “Ours is a very structured programme where we teach everything that is related to business, and our incubator is not focused on the technology aspect.”

The selected startups will go through a 10-week training programme where they will be taught about every aspect of the business like marketing, intellectual property rights, pitching to investors, targeting customers, creating term sheets, etc. Each cohort will have around 12-15 startups and three such programmes are held in a year.

Nexus wants to tap into the startups at a very early stage and select only those firms which have a prototype, but have not received any kind of venture capital funding.

Unlike other incubators, Nexus does not pick any equity in the startups which will come under its programme. Even though the whole training programme is free, entrepreneurs will have to bear the expenses of travel and stay.

“What makes our programme very unique is that it is all about being practical, which is relevant for startups now,” says Erik.

Also, Nexus has got a list of mentors in its programme who will provide invaluable advice for startups. Erik felt there is no dearth in the quantity of mentors in India, but it lacks the quality. “We are very careful while choosing our mentors,” he remarks.

Nexus has graduated around 91 startups since the start of the programme two years ago, and these young firms have cumulatively received funding close to $6 million.

Located at the American Centre in New Delhi, Nexus attracted an overwhelming majority of startups from the national capital region (NCR) in the initial phase, but now around 40 percent of them are from outside this location. “It is a huge validation that startups are coming to us from all over the country,” says Erik.

Nexus now wants to replicate this model across the country, and has started working towards it in a small way.

“One of the goals is to do small workshops and training programmes outside Delhi. We would also like to start a shared kind of a model with other incubators that use our methodology,” says Erik.

However, he is clear there has to be a commitment from the other side along with the availability of resources.

Speaking on the challenges faced by startups in the country, Erik feels sometimes there is excess focus on technology, and not really on the kind of problem a startup would solve for the customers and how they would benefit.

“Startups need to keep a laser focus on customers’ perspective in mind,” he says. There is also way too much focus on the aspects of funding and valuation leading to a deep misunderstanding about the investors’ point of view.

“We want to really focus on bootstrapping and growing the company organically. Show certain validation and then it makes much easier for fund raise,” he remarks.

Having seen the growth of the startup ecosystem in the country with active participation from all the players, which includes the government, Erik says, “We are optimistic about the growth of startups in India, but there is still a long way to go.”