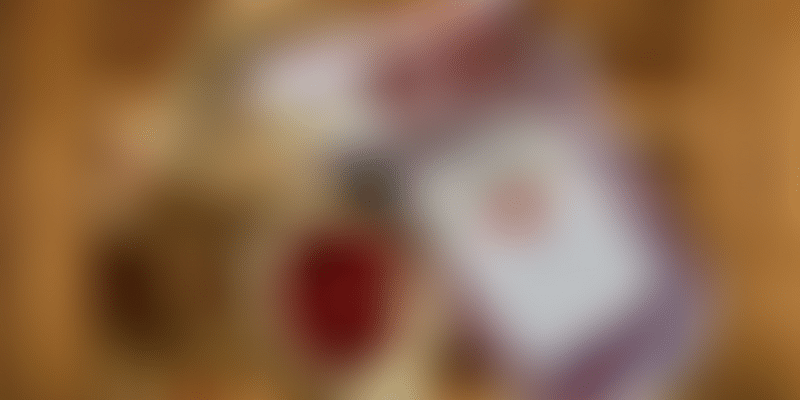 The tragedy of the devastating floods in Uttarakhand in 2013 has been well documented.

However, the state also witnessed another lesser-known tragedy in the aftermath of the floods that went largely unspoken: the large-scale migration that turned more than a thousands of hamlets into ghost villages.

“While rural to urban migration was not something new to the region, the pace at which it accelerated following the tragedy of 2013 was massive,” says Roopesh Rai, Founder, Green People.

However, the migration was not limited to those looking for greener pastures, but also due to socio-psychological factors.

"The village people often headed to town hearing stories of easy jobs and better life, only to land there and find poverty and starvation. Yet, they refused to go back to their villages to save their honour. So, when people who migrated to the town did not return to the villages, others simply followed. This was a vicious circle.”

“We realised that the solution lay in creating something more attractive right here in the villages, which solves local-level problems with some social-engineering, by creating an entrepreneurship model that is pro-planet, pro-people, and scalable.”

How this organisation is helping farmers, tourists follow sustainable livelihood practices in the Himalayas

The Goat Village is a bouquet of farm retreats and homestays -- an initiative having multiple social dimensions. For the initiative, Green People partners with local hosts and heritage properties across the state and manages them to create basic lifestyle experiences for visitors.

“With Goat Village, we are helping a generation that has never experienced the fun and satisfaction that holidays in your grandma’s home brought about, enjoy one. And, in the process, we are reviving precious heritage and enabling rural people to earn by simply encouraging them to open their doors to visitors. It celebrates traditional homes by converting them with minimal intervention.”

Helping marginal farmers get their due

Explaining, Mani says, “Many villages in Uttarakhand grow their crops traditionally using natural ingredients, free from pollution and chemicals; these are perhaps even better than merely being organic. However, they are not 'certified organic'. Not yet. These farmers would require education, skilling and mandatory paper-work to be stamped organic. So, Bakri Chaap is the precursor to organic. A product that is honest, clean, pesticide-free and supports a marginal farmer in conserving traditional values.”

In addition, the Goat Villages, Escapes, and Hideouts double up as collection centres and retail outlets for Bakri Chhap.

The founders were well aware of the challenges they would face.

“We knew we would be operating in a no-infrastructure, no-capital, and skill-deficient ecosystem. That’s why we knew email would not be the primary mode of communication. Further, the rural workforce is intimidated by the idea of reporting on emails," they say.

"But, if there was one digital channel rural folks were extensively using, even for their personal use, it was WhatsApp. So, it was only natural for us, as an organisation working with the grassroots, to use WhatsApp to stay connected as a team and streamline operations.”

Sharing more details on how they have leverage WhatsApp to streamline operations, Roopesh says, “We have department-wise and site-wise groups, and the entire reporting and micro-management takes place through these WhatsApp groups.”

Staying connected on WhatsApp has also helped the team mitigate emergencies like the time when a team of two masons and 15 labourers were trapped in unexpected heavy snowfall in the woods.

“Luckily, one of the two masons had WhatsApp. Because there wasn’t enough charge to make calls, the entire coordination with the rescue team happened on WhatsApp. The entire team was brought back safely after an ordeal of 36 hours.”

Today, owing to Green People’s social engineering, skill development, and innovative destination marketing methods, it has been instrumental in indirectly activating more 109 community run home-stays. In the process, more than 300 mule owners have been able to foreclose their loans.

Since the inception of Bakri Chhap in 2016, Green People has collected over 98,470 kg of produce from over 100 villages, benefiting at least 500 families.

The organisation has also introduced concepts like ‘Pay What You Like’ and 'Be My Volunteer Village Manager', which is enabling travel enthusiasts and professionals alike see value in the Goat Village and build social equity.

Most importantly, they managed to start the trickle of reverse migration. A few villages that were earlier abandoned have now come back to life.

The founders say their long-term growth vehicle will be TGV Hideout. "This scalable entity will be owned and managed by local village owners, trained by us. It will be no-frill basic offering, but the wilderness will be unmatched. To get the initial traction we will be offering 'Pay What You Like' everywhere for the consumers of this brand."

There are around 0.65 million villages in India, with a huge number of unutilised room inventory - each with a unique untold tale. Most of these villages are on the brink of cultural, agricultural and environmental bankruptcy. Green People plans to use this opportunity to scale up.

"This could become the OYO of rural India. OYO, however, cannot penetrate into the rural space due to zero social equity in their kitty. Every Hideout also doubles up as a mini farm produce collection centre for the region, thus establishing a surrogate or symbiotic relationship with our FMCG brand Bakri Chhap,” Roopesh says.