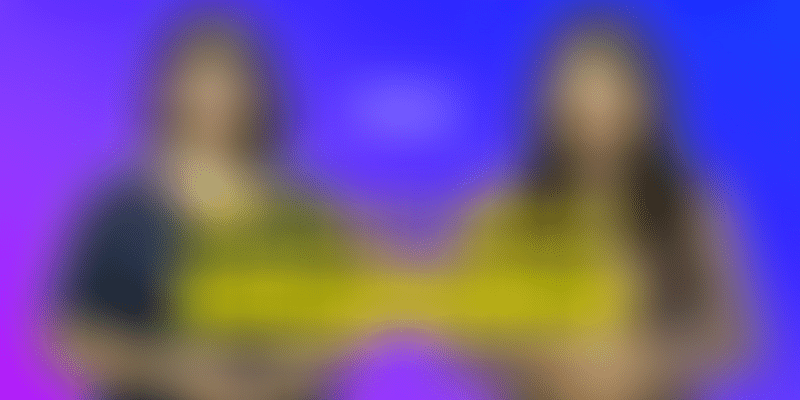 This week, we focussed on the impact of the deadly coronavirus in the Indian startup ecosystem, how Pune is emerging as a global startup hub, and more.

Wharton graduate Kavita Mehta did business development at Yahoo! in Silicon Valley for seven years before turning entrepreneur in 2011. Prior to Yahoo, she had also worked as an investment banker at GE Capital in the US.

While The Red Pen continues to be fully functional, Kavita launched her second venture, Caymus Tech, in September 2018. It taps into the burgeoning edtech sector in India and tops it with a layer of data science.

Founder-CEO Kavita tells YourStory, “I have always been a data-driven decision-maker. And, I see a lot happening in the K12 education space today, but are we helping build skills in the 22-to-35 age group?” That was the core target audience she wanted to address at Caymus Tech. The startup has built an AI-led learning experience platform (LXP) known as ‘Lore’.

This skilling startup aggregates a million learning resources from Udemy, Udacity, and others

Often, it has been noticed that when a customer knows enough to ask the right questions, the system automatically becomes fairer. Cancer treatment is one such field in India – in desperate need of a comprehensive solution that can revolutionise the system and mend the broken chain, enabling affordable treatment for patients beyond metros and Tier-I cities.

In this episode of UpClose, Onco.com’s co-founders Dr Amit Jotwani and Rashie Jain explain how their platform is fixing India’s skewed cancer treatment and care.

Founded in 2017, Onco.com is an online platform that helps cancer patients get scientific treatment advice as per the latest international guidelines through its network of world-class oncologists in the US and India. Based in Bengaluru, the healthcare marketplace is aimed at helping people navigate through the tough and traumatic experience. Globally, around 17 million new cases of cancer were reported in 2018, as per cancerresearchuk.org.

These figures are equally abysmal in India, with an estimated 2.25 million people reported to be living with the disease, which has resulted in the death of 7,84,821 individuals, according to cancerindia.org.

While the total number of cancer cases are fewer in India, as compared to the West; Onco.com suggests that the country still reels from an alarmingly high death rate. A variety of factors are believed to be responsible for this, including a shocking oncologist to patient ratio, lack of treatment facilities, and most importantly, access to the right information.

As the former Chief Technology Officer of Farmville developer Zynga, Cadir Lee has been at the epicentre of growth in the tech and startup world, witnessing the online gaming company's listing on the Nasdaq in 2011 and its acquisition of a million active users -- a rare feat back in the day.

Today, however, as the President and CTO of San Francisco-based clean energy provider OhmConnect, Cadir is treading a different path -- a rather unconventional route for a techie -- with his mission to contribute to sustainable living solutions and do his part to save the environment.

Indeed, for this veteran techie, if there's one thing his nearly 25-year-long experience in the technology industry has taught him, it's this: technology alone cannot make a business successful, and that both tech and business need to come together to ensure a business's eventual success. This also explains the core driving force for Cadir, as he seeks to use the power of technology to create real-world, sustainable energy solutions at OhmConnect. As with most notable techies, Cadir is also a self-taught software engineer, having spent hours teaching himself programming and systems architecture.

From Silicon Valley to the Oxford of the East. Pune is a satellite city about 75 miles from India’s financial capital Mumbai which has picked up a few monikers over the years – ‘Oxford of the East’, ‘Maharashtra’s cultural capital’, ‘India’s upcoming metro’, and more.

Sometime in 2013, when India was on the brink of a startup revolution, a UK-based journalist travelling to the city found it “fresh and almost Californian in its energy”.

Pune is to Bangalore what Austin, Texas, is to Silicon Valley, California — a hotbed of innovation with a more affordable standard of living,” he wrote. And, the city has lived up to the hyperbole. In a 2018 report titled, “Rise of the Global Startup City, the Center for American Entrepreneurship,” described Pune as an emerging startup hub in the ‘Global Next’ category. It was the only Indian city (besides Hyderabad) to feature on the list. A year later, KPMG revealed in a study titled, Pune 2.0: The Startup Hub, that the city was home to 3,200 startups. About two percent of India’s tech startups are based in Pune.

A few weeks ago, Wuhan in China reported a spurt in cases involving a mysterious, pneumonia-like illness. Since then, the coronavirus, now named COVID-19 and thought to have spread from bats to another species before being transmitted to humans at one of Wuhan’s live-animal markets, has infected thousands of people across the world. The outbreak has also infected and shaken the global economy, disrupting almost every major industry and sector.

Chinese tech giant Alibaba described the coronavirus outbreak as a “black swan” event that could have a “significant economic impact”.

Chief Executive Daniel Zhang said the outbreak would present momentous near-term challenges for Alibaba. The US-listed shares of Alibaba dropped by 2.4 percent since last Thursday. In an Al Jazeera report, the Chinese giant said the virus had changed buying patterns, with food delivery going up, and clothing, electronics, and luxury items lagging.

People are staying indoors and stores are empty, with many shutdowns. The contagion has put the brakes on travel, leisure, and business, bringing the movement of people and goods to a halt. Business travel has stopped, which means fund-raising activities for Indian startups may slump.

“Founders largely travel to Singapore and China for funding. But since January-end, all travel plans have been indefinitely postponed. Funding conversations have stalled and been deferred,” says a founder, who is looking to raise Series C funding. Chinese investors have been active in India since 2016. China’s venture capital (VC) investment in the Indian startup ecosystem grew five times at $5.6 billion in 2018 compared to $668 million in 2016.

Bengaluru-based Locus is an AI-powered decision-making platform that automates human decisions in the supply chain while moving anything from point A to point B. This intelligence in logistics gives supply chain managers to control on-ground operations and improve the experience of the end-user.

It optimises logistics operations for enterprises across sectors to improve efficiencies, resulting in higher profitability. The engine improves by comparing planning and execution every day, resulting in a strong competitive moat of real-world iterations and proprietary data.

The platform uses deep machine learning and proprietary algorithms to offer smart logistics solutions like route optimisation, real-time tracking, insights, analytics, beat optimisation, vehicle allocation, and utilisation. But, what stands out in Locus' core system is its solution-based approach, instead of a product-based approach.