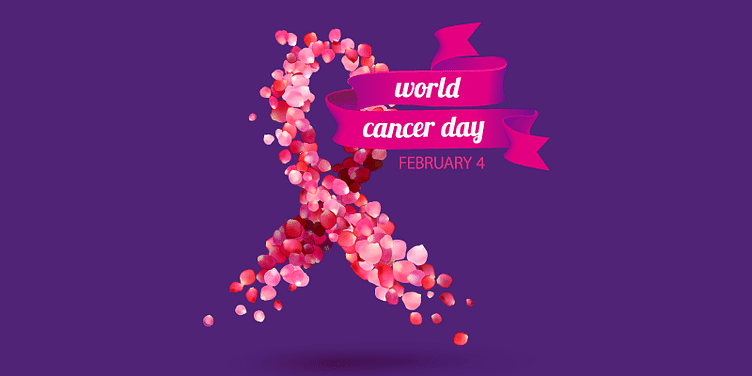 These startups are working to raise awareness about cancer, and aim to encourage its prevention, detection, and treatment

One woman dies of cervical cancer every eight minutes in India, according to a report by Cancer India. The report also states that mortality due to tobacco use in India is estimated at upwards of 3,500 persons every day.

The situation is also grim when we look at cancer death rates across the world. A report by the World Health Organisation (WHO) revealed that cancer is a leading cause of death worldwide, accounting 7.6 million deaths (around 13 percent of all deaths) in 2018. Death caused due to cancer across the world is projected to reach over 13 million in 2030.

Experts and doctors suggest that about a third of all cancer deaths could be prevented by modifying or avoiding key risk factors such as tobacco use, alcohol use, unhealthy diet, and physical inactivity amongst others. Some of the most common cancer types such as breast cancer, cervical cancer, oral cancer, and colorectal cancer are largely curable by surgery, radiotherapy, and chemotherapy if they are detected early and treated appropriately.

To mark the 20th anniversary of World Cancer Day, which is observed on February 4, YourStory has curated a list of startups that are working in the oncology and cancer diagnostics space.

Founded in 2016 by Dr Geetha Manjunath and Nidhi Mathur, Bengaluru-based ﻿Niramai﻿ is creating a revolution in breast health screening with its patented technology called Thermalytix, which is a non-contact, non-invasive, and radiation-free solution for early-stage breast cancer detection.

The solution uses artificial intelligence to treat cancer and is clinically proven to be accurate for women of all age groups. The company claims that Thermalytix has the potential to save many lives not just from breast cancer deaths but eventually other diseases as well.

The firm last closed $6 million in February 2019 in a Series A round of funding led by Dream Incubator, a Japanese VC firm, with participation from BEENEXT and other investors. Earlier investors pi Ventures, Ankur Capital, Axilor Ventures, and Binny Bansal also participated in the round.

Niramai previously raised a Seed round of $1 million in April 2017. The company has over 30 installations at hospitals and diagnostic centres across 10 Indian cities.

Founded in 2017 by Rashie Jain and Dr Amit Jotwani, Bengaluru-based ﻿Onco.com﻿ provides accurate and personalised scientific advice to cancer patients at every stage of their journey. It manages their care end-to-end by connecting them with the relevant treatment centres, doctors, and labs, and provides solutions throughout the patient’s treatment journey.

The platform is currently being used by over 30,000 patients from 18 countries. The company claims to have a network of over 1,500 oncologists from India and the US; 500+ treatment centers (including specialty hospitals and chemo infusion centers) across India, and pan-India network of diagnostic labs with cutting edge technology.

In September 2019, Onco announced the completion of $7 million in Series A funding by round by Accel, Chiratae Ventures (earlier IDG Ventures), and Dream Incubator.

Founded by Dr Manjiri Bakre in 2011, Bengaluru-based ﻿OncoStem Diagnostics﻿ uses machine learning for the treatment of breast cancer through its test “CanAssist Breast” that predicts the risk of recurrence.

CanAssist Breast is performed on the patient’s tumour tissue. This proteomic test result is then used in the company’s machine learning-based statistical algorithm. This, at the end, provides a code that is a number between 1 and 100. If the number is below 15.5, it means the patient is at low risk and not prone to recurrence.

Tests similar to CanAssist Breast exist in western countries and typically costs about Rs 3 lakh. OncoStem’s test has been validated and designed specifically for Asian patients, and it costs Rs 60,000.

The company has so far raised close to $9 million in venture capital funding from Sequoia Capital and Artiman Ventures.

Founded in June 2015 by Kavitha Iyer Rodrigues, Boston and Bengaluru-based ﻿Zumutor Biologics﻿, an immuno-oncology company, has developed two antibody engineering platforms to facilitate its programme for discovery and development of immunotherapies (for cancer).

The company claims it has the potential to be novel best-in-class monotherapies, and core components of innovative combination treatments.

Immunotherapy is a type of cancer treatment that helps a patient’s immune system fight cancer, while monotherapy uses one type of treatment to treat the disease.

Zumutor’s growth strategy is focused on the immunosuppressive tumour microenvironment to harness the power of Natural Killer cells to develop novel monoclonal antibodies. So far, Zumutor has raised $20 million in funding from Accel, Bharat Innovation Fund, and Chiratae Ventures.

Founded by Samara Mahindra in 2018, Bengaluru-based ﻿CARER﻿ provides personalised cancer care to patients. The platform’s integrated therapy focuses on treatment to help patients during and after cancer treatment. It mainly focuses on providing a holistic approach to cancer patients at home.

Carer, which charges between Rs 18,000 to Rs 25,000 for its service, has treated over 500 patients. The startup had raised an undisclosed round of funding from Zhooben Bhiwandiwala, Head, Mahindra Partners, and Sahul Agarwal of Sahul Capital. It has also tied up with Manipal Hospitals, Aster CMI, Fortis, and Sparsh Hospitals to deliver its services.

The company has two flagship products: Predible Liver and Predible Lung. In 2018, it raised an undisclosed amount of funding from Unitus Seed Fund, an impact venture fund investing in early-stage startups.

Founded in 2016 by Dr Shibichakravarthy Kannan and Dr Vennila Dharman, ﻿Theranosis﻿ Life Sciences has developed a chip device, which detects circulating tumour cells from a blood sample of a cancer patient. Called liquid biopsy, the procedure is a less invasive method and diminishes severe adverse effects triggered by chemotherapy. Another favourable outcome is that it monitors treatment responses in real time.

In 2018, this Hyderabad-based startup raised an undisclosed amount from Mumbai Angels Network.