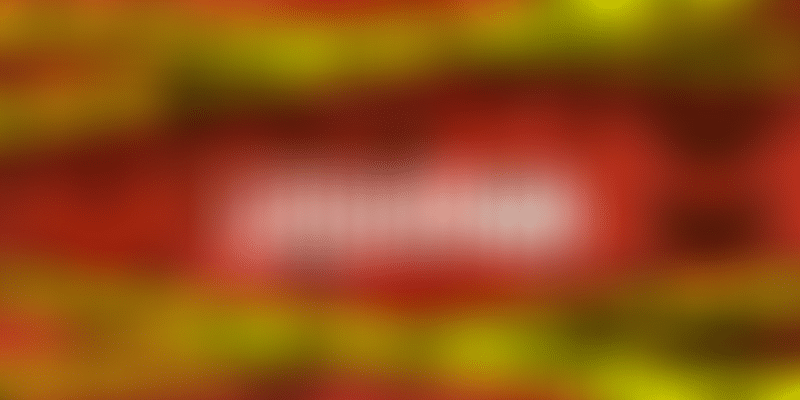 PM Modi’s 21-day lockdown to contain the spread of coronavirus has heightened demand for online delivery of groceries and daily essentials. But startups like BigBasket, Grofers, Ninjacart, and Dunzo are facing on-ground challenges when it comes to fulfilment.

It’s 6 am, and the scene outside the local grocer and Nandini milk parlour isn’t reassuring. Long queues snake down the road as people wait to buy milk and other essentials.

Ever since Prime Minister Narendra Modi announced a 21-day national lockdown to curb the spread of coronavirus, India has been stockpiling groceries. Every city is reporting increased sales of essentials – to the point of hoarding - and the supply chain seems to be crumbling under the weight of increasing demand.

A survey released by social media firm LocalCircles has revealed that people are finding it increasingly difficult to find essential goods, including wheat, rice, pulses, salt, and sugar, amid the lockdown.

Disturbing reports of delivery personnel from “essential services” being beaten up by the police across the country have also emerged. This is despite a central ministry notification that essential services, including groceries, healthcare, food, medicine, and ecommerce, will continue to function.

A lockdown is needed, but instead of ensuring social distancing, it seems to be inducing panic at present.

The fact that four states were celebrating their new year - Gudi Padwa in Maharashtra and Ugadi in Karnataka, Andhra Pradesh, and Telangana – has also led to a rise in demand. Many people went to stores and vegetable markets in the morning, negating the purpose of a lockdown and social distancing.

“Stores and markets are filled with people. There are long queues; many are worried that they will not get supplies for close to a month,” says a Mumbai resident. The fact that no online grocer is currently functional is adding to people’s worries – and fears.

All grocery and on-demand delivery startups, be it BigBasket, Grofers, Ninjacart, Milkbasket, SuprDaily, or Dunzo, have seen an unprecedented surge in demand.

Unicommerce, a company that provides software support to ecommerce companies, says the lockdown has led to a major surge in traffic for grocery websites.

“The previous two weeks saw a massive 70-80 per cent increase in the number of orders, with order size increasing substantially by 15-20 percent. FMCG and staples are some of the most popular products ordered online,” Unicommerce said in a statement.

While the demand is a good sign for delivery and grocery startups, the ground reality is different. Deliveries are either getting delayed, cancelled, or just not happening.

The LocalCircles survey claimed that around 35 percent consumers said they were not getting essential goods from retail stores and ecommerce companies at the time of lockdown.

Where does the problem lie? In the many on-ground challenges that ecommerce and delivery startups are facing.

Most ecommerce platforms have reported that trucks carrying supplies, as well as delivery executives, are being stopped by the police. In some cases, delivery personnel have been barred by local police from reaching warehouses.

"Information is coming in real time, and we’re constantly monitoring the on-ground situation across the cities we’re present in. With developments happening every hour, we are working closely with authorities on how Dunzo can help serve the city’s needs for essential items during these times," says a Dunzo spokesperson.

The problems have led many startups to halt operations in several cities.

BigBasket has temporarily shut operations in all cities, except Bengaluru. That goes for most online grocery and on-demand players.

Orders placed on Bigbasket in Delhi have been cancelled. “While the delivery time itself was four days later, orders have now been cancelled,” says a consumer in South Delhi.

Milkbasket, which saw a 100 percent surge in demand, has had to shut operations. The team sent out a message to consumers: “In spite of all our efforts, we are facing shortage of resources due to lockdown. We will not be able to make any deliveries to your society until further notice.”

Bigbasket Co-founder and CEO Hari Menon says the problem was “manifold”. He said delivery executives, warehouse staff, and others were scared to come to work, not just because of the virus, but because the cops and traffic police were stopping them.

N Thirukumaran, Co-founder and CEO of Ninjacart, concurs that the problems were hitting delivery ops.

“We motivate and bring people out, but police beat and send them away. It makes on ground-operations impossible; the only solution is to pull back,” he says.

"In times like these, companies like Dunzo should be leveraged - to be able to deliver essentials like medicines to the elderly or groceries to families - so the majority of people can stay indoors. And so, it becomes even more important to work with local authorities and the government to find ways to meet people’s needs and provide essentials," adds a Dunzo spokesperson.

Every layer that ensures that goods get delivered to your doorstep has a roadblock, be it warehouses, trucks, delivery staff, or movements of goods.

Hari believes that the problem begins at the production level. “While the Centre has clearly mandated that essential services, in terms of manufacturing and delivery, need to continue, things are not translating on the ground. Production work is stalled as staff are being stopped,” he says.

Police officials are even closing factories and warehouses, despite them being integral to essential production.

Albinder Dhindsa, Co-founder and CEO, Grofers, on March 24 tweeted that their warehouse in Faridabad was closed by local law enforcement. “We understand that they are doing their duty, but essential items will be denied to 20,000 households in Faridabad and Delhi every day,” Albinder says.

Thirukumaran N adds that the problem is different with each state and border. Citing an example, he says to reach Delhi, vegetables pass through three different states: Rajasthan, Punjab, and Haryana.

“Border officials are different, and very often the problem is that the on-ground people who are stopping the trucks aren’t aware. They are not allowing people to even talk to higher officials. So, a vehicle with perishables is stuck at the border for three to four hours,” he says.

If trucks are not allowed to pass, the supply chain gets hit. When warehouses and production facilities do not work, it creates an on-ground shortage. Result: delivery delays and cancellations.

“Each state has something different and works in different ways; often, the easy way is to temporarily shut operations. It is a big loss,” Thirukumaran N says. Ninjacart, however, continues to run its operations.

Clearly, this isn’t about a company or brand; it’s about an essential need.

What is being done?

While the pandemonium on ground is high, startups and governments are moving quickly to resolve issues.

For example, within 24 hours of Albinder tweeting about the warehouse shutdown in Faridabad and Delhi, the government moved to ensure that the warehouse opens and work resumes.

Hari says they have been “talking and having open dialogue with the state and city BBMP commissioner and police commissioners to get things moving”.

"In times like these, delivery partners can be the most vulnerable part of the Dunzo supply chain. We have rolled out proactive safety measures for our partner. This includes safety gear, precautionary checks, and a new insurance policy that specifically covers them for coronavirus-related expenses and guaranteed pay in case they need to be quarantined. All delivery partners are still committed to serving their cities and go the extra mile, but we have and continue to encourage them to put their safety first at this time," the Dunzo spokesperson says.

All employees, labour, and on-ground staff are being issued passes to ensure that they can move freely and continue operations. The teams are working with RTOs and state transport authorities to better the situation.

Thirukumaran says they are sending on-ground people to the state borders to ensure operations run smoothly.

“But even with documents in place, in some cities such as Hyderabad, the authorities are asking for physical submission of photographs; this becomes a challenge. We are talking to the government and other departments…movement is happening, but it needs to happen faster,” he says.

Almost every startup founder is now coordinating directly with the authorities, RTO officials, state governments, and central government to ensure that the movement happens “faster and smoother”.

Information is coming in real time, and startups are constantly monitoring the on-ground situation across the cities they are present in.

"With developments happening every hour, we are working closely with authorities on how Dunzo can help serve the city’s needs for essential items during these times," the Dunzo spokesperson said.

Thirukumaran says talking to multiple people about the same thing can be “challenging”, and hits operations.

But law enforcement officers seem keen to help resolve these problems. The Mumbai Police tweeted that vehicles engaged in transportation of essential commodities like food, medical supplies, and equipment may put a placard on the windshield to minimise inconvenience at toll nakas and within the city. All staff engaged in the above services must carry valid id.

The Karnataka government has come up with a mandate to issue a COVID pass that supports delivery staff as well.

Everyone involved – the authorities, startups, and the people – are hoping that this problem is resolved soon.