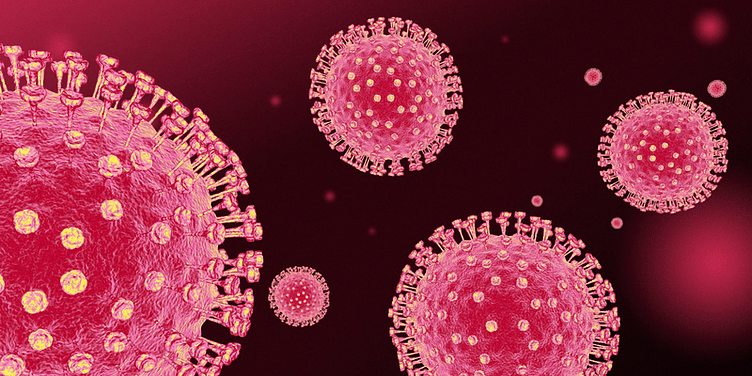 With the WHO declaring the coronavirus outbreak a ‘pandemic’ on Wednesday, here’s how countries around the world have been revising their entry policies.

The novel coronavirus outbreak, which originated in Wuhan, China has found a foothold on every continent except for Antarctica.

The COVID-19 coronavirus has spread to 153 countries and territories around the world, as well as one international conveyance – the Diamond Princess cruise ship harboured in Yokohama, Japan.

According to the World Health Organisation, as of March 15, 2020, 157,411 confirmed cases and 5,845 deaths from the coronavirus COVID-19 outbreak have been reported. The number of cases in India rose to 107 on Sunday, which includes two casualties each from Delhi and Karnataka, according to the Union Health Ministry.

Coronavirus: MEA pulls out all stops to ensure safety of Indians abroad, sets up special cell

With the WHO declaring the coronavirus outbreak a ‘pandemic’ on Wednesday, here’s how countries around the world have been revising their entry policies.

Amid two casualties and rising coronavirus cases in India, the government has asked people not to panic, as no community transmission of the virus has been observed and there have only been a few cases of local transmission so far, which is not a "health emergency" yet.

The Health Ministry officials said over 4,000 people who had come in contact with the recorded positive cases have been identified through contact tracing and were being tracked, while 42,000 people across the country are under community surveillance.

The Indian government, as part of its measures to contain the spread of the disease on Friday, announced that people will be allowed to travel through 19 of 37 land border check-posts from Saturday midnight, and services of the Indo-Bangladesh cross border passenger trains and buses will continue to remain suspended till April 15.

Only four Indo-Nepal border check-posts will remain operational, and for citizens of Bhutan and Nepal, visa-free entry to the country will continue, the official said.

The government on Wednesday suspended all visas, barring a few categories like diplomatic and employment, in an attempt to prevent the spread of coronavirus.

It has also asked Indian nationals to avoid all non-essential travel abroad. All incoming international passengers returning to India should self-monitor their health and follow the required do's and don'ts as detailed by the government.

On Saturday, it imposed another travel ban on European countries – the United Kingdom and Ireland – given the coronavirus pandemic.

The move came as President Donald Trump reviewed measures that his administration was taking to stem the spread of the novel coronavirus, which has so far claimed 55 lives in the country.

Australia on Sunday announced that anyone arriving into the country will face a mandatory 14-day self-isolation, to slow the spread of the coronavirus.

"We are going to have to get used to some changes in the way we live our lives," Prime Minister Scott Morrison said, adding the measure will come into effect from midnight (1300 GMT Sunday).

Austria introduced border checks and placed a ban on all arrivals from Italy, China's Hubei Province, Iran, and South Korea, except for those with a medical certificate no more than four-day-old that confirms they are not affected by the coronavirus.

Cambodia is imposing a ban on foreign nationals arriving from Italy, Germany, Spain, France, and the US for 30 days. The ban will take effect on March 17, the Prime Ministers' office said in a Twitter post.

Estonia and Lithuania said on Saturday that they will shut their borders to most foreign visitors, while fellow Baltic EU member Latvia imposed security measures of its own to stem the spread of the novel coronavirus.

"The government has decided to temporarily reintroduce border controls on the whole border," Estonian Prime Minister Juri Ratas said in a government statement.

The measure will start from Tuesday in the country which has registered 115 confirmed cases of COVID-19.

Only citizens, individuals with residence permits, and foreigners with a family member in Estonia will be allowed in but will have to undergo two weeks of isolation. However, there are no restrictions on leaving the country.

Fellow Baltic state Lithuania decided to ban foreigners from entering the country of 2.8 million people starting 1000 GMT on Sunday, except for individuals with a residence permit, diplomatic workers, and NATO troops.

"Our goal is to delay the spread of the virus as long as possible inside the country and to reduce the negative consequences," Lithuanian Prime Minister Saulius Skvernelis said Saturday.

Lithuania, which has nine confirmed COVID-19 cases, has been on partial lockdown since Friday after the government shut down all schools, kindergartens, and universities and banned large public events.

Latvia, with a population of 1.9 million people and 26 confirmed cases of the coronavirus, said it will suspend all international flights, ferries, buses, and trains from Monday.

Most of the measures will apply for a couple of weeks but will likely be prolonged according to Baltic authorities.

Police began closing off access to the Philippines' sprawling and densely populated capital Manila on Sunday, imposing a quarantine that officials hope will curb the nation's rising number of coronavirus cases.

Officers armed with rifles blocked off main roads into the city of some 12 million as domestic flights to and from Manila, were halted early Sunday for month-long isolation of the capital.

Though the Philippines has detected a fraction of the infections seen in hot spots like China or Italy, its confirmed cases nearly doubled in recent days to 111, with eight deaths.

Ottawa has urged all the Canadians abroad to return home while they still can, as nations around the world moved to restrict travel to limit the spread of the new coronavirus.

The guidance followed aggressive measures and money to combat the spread of the COVID-19 virus announced by the federal government a day earlier, including asking Canadians to avoid all but essential foreign travel.

"We recommend that Canadian travellers return to Canada via commercial means while they remain available," Foreign Minister Francois-Philippe Champagne tweeted on Saturday.

According to reports, Prime Minister Justin Trudeau's wife, Sophie Trudeau, has also been tested positive for the coronavirus and is said to be recovering.

10 songs to motivate every entrepreneur