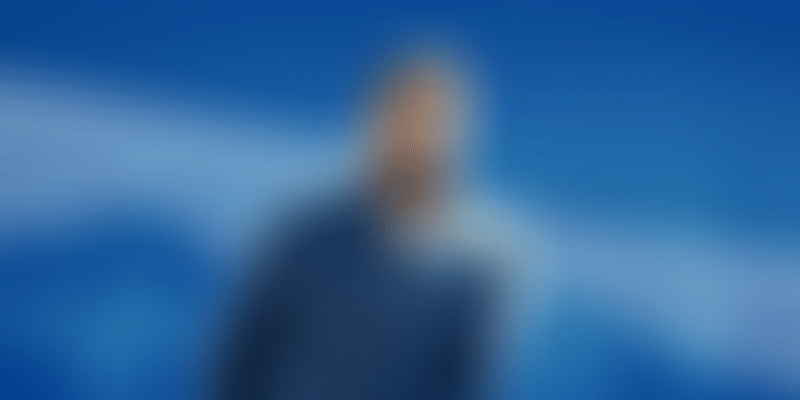 Just three years after Vikas Kumar, a former accountant, started selling home decor products on Flipkart, the business’ annual turnover touched Rs 1.5 Crore. This year, FY 2019-20, the company is expected to touch Rs 2 Crore. For Vikas, Flipkart has been at the crux of his success story.

There was an era, when securing a 9-to-5 job was the main aspiration of India’s youth. It brought with it financial security, stability and a steady career growth.

But all that is passe now, so much that many even see it as a compulsion. And, when some people do get a job, they don’t see it as a lifelong career. For them, it is at best, a learning phase before they can find the opportunity to plunge into entrepreneurship. It was no different for Vikas Kumar. Completing his Bachelors of Commerce, the 21-year-old worked as an accountant. “I had a secure job. But, it didn’t bring me joy,” shares Vikas.

Stumbling on an opportunity by chance

Vikas shares that while he knew he wanted to build a career beyond a 9-to-5 job, he didn’t have a concrete plan. But, what then seemed like mindless browsing on Flipkart, helped him spot an opportunity. “I was drawn to a small tab at the corner of the screen that said - ‘Sell your product on Flipkart’. So, I clicked it. And, that’s when I realised that it is not difficult to start an online business. In fact, a lot of the troubles associated with starting a traditional business do not exist here.”

He intensified his research to understand if there was merit in pursuing business on Flipkart.

“That’s when I noticed that in the home decor category, there were only 2,800 products. And, Flipkart in 2015, had over 10 crore customers. This meant that there were only a few product variants in a category that potentially reached out to such a wide audience.”

On the flip side, he realised the wholesale market in Delhi had so much more to offer. His quest to explore and learn had often led Vikas, during his college years, to the wholesale markets in New Delhi. He spent a lot of time understanding the market dynamics on ground. “That’s when it hit me that I could leverage my knowledge of the Delhi market and start selling home decor products on Flipkart.”

The journey to becoming an online seller

But, the biggest advantage was the fact that it actually didn't take much to start his online venture.

“From a legal perspective, all I needed was a GST certificate, a bank account and an address. The GST certification too is free.”

On the initial capital investments front too, he realised he could start small and then slowly grow. So, he put in place all the legal requirements and with an initial investment of Rs 2,800 he started Crobat in 2015. He received his first order on the second day of starting his journey on Flipkart.

Initially, he focused on sourcing the products from the wholesale market in Delhi and selling it on Flipkart. Because the business started small, he stored the products at home. He even photographed the images on his phone. Slowly, the business picked up pace. And, with it, Vikas expanded his product portfolio. Soon, the order volumes surged so much that he had to rent a big shop to store the products and start processing orders from there.

Today, Crobat’s product catalogue has over 400 products, which are all sourced from different places. The wooden handicrafts are sourced from Saharanpur, metal handicrafts from Aligarh and clay handicrafts from Khurja. “We are in the process of adding another 150 new products to our portfolio. And, most importantly, working on the feasibility of starting in-house manufacturing.”

Reflecting on his journey, he says, “Selling online is actually very easy. It’s not rocket science. One of the most important factors that governs success is whether you have found the right product to sell.” However, he is quick to caution that the initial journey might have pitfalls and bumps, especially if you are a first-time seller. He says, “Flipkart offered me every bit of support I needed to succeed.”

Substantiating his statements he shares, “In the beginning, I was only focused on sourcing and selling. I was not aware of the various parameters on the platform. I faced trouble because I was not aware of the benchmark of error cancellation. Today, it’s much easier. The seller support teams from Flipkart helped me understand the significance of the various parameters and what I needed to do. Once I understood that, it became simple and clear.”

In addition, he points out that advertising support and seller promotions that Flipkart undertakes for its seller community further gave fillip to his business.

With Flipkart providing financial lending support called ‘Growth Capital’, a service that they began recently, Vikas says getting loans for the business has become easier.

“Flipkart has partnerships with numerous banks and several private lenders. All you need to do is go to the Growth Tab and apply for it. There is less documentation because of the partnership. And, the interest rates too are in our favour. This makes it very easy as it also saves up on multiple visits to the banks.”

Reflecting the past and the future

“This journey began as a part-time experiment. But, I decided to turn it into a full-fledged career. My family was apprehensive, however, I was able to prove the merit in the idea and my ability to run a business- despite the fact that I did not belong to a traditional business family. Over the course of time, my family has been my biggest support system.”

Vikas not only has been running and growing his business but has also been studying. He recently gave his MBA examinations. “While the norm is to opt for an MBA and then start a business, I did it the other way round. It worked in my favour as I always wanted to understand the theories and fundamentals better. And, that’s why I pursued an MBA.”

For Vikas, Flipkart has been at the crux of his success story. With big plans on the cards to accelerate his business, Vikas believes Flipkart will continue to be at the heart of his business plans. Crobat not only wants to explore the possibility of in-house manufacturing, but also wants to start a branch in Bengaluru since they cater to a lot of orders from South India.

On the personal front, becoming a seller on Flipkart has helped Vikas to fulfill his dreams. “I always wanted to own a superbike. Now I do. We now live in a rented house and we are inching closer to our dream of living in our own house soon.”

Reflecting on his journey and the possibilities that lay ahead, Vikas shares, “It probably would have been challenging for me to become an entrepreneur, if not for online selling. And, if not for becoming an entrepreneur, I am not sure if I would have fulfilled any of these dreams. If it wasn’t for Flipkart, I wouldn’t be where I am today. And, to think the journey has just begun, tells you the possibilities that lie ahead.”