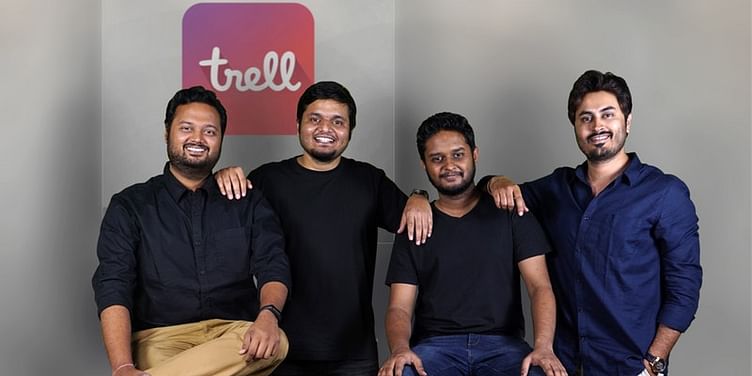 Bengaluru-based lifestyle-community-commerce startup Trell will invest the funds to expand its community, strengthen its technology stack, and acquire talent.

Bengaluru-based lifestyle-community-commerce platform ﻿Trell﻿ on Tuesday announced that it had raised a $4 million pre-Series A round led by Sequoia Capital India’s Surge, Fosun RZ Capital and KTB Network. Existing investors Beenext, WEH Ventures and Sprout Ventures also participated in the round.

The new round of investment will be used by Trell to strengthen its Machine Learning and AI efforts. It will further invest in expanding its community, and penetrate deeper into new Tier II and III markets by adding 10 regional languages by the end of 2020.

“Trell solves for the discovery of lifestyle choices for the next half billion population coming online. It is the largest platform in India growing at 25 percent month on month with strong engagement metrics. By extending the discovery to transactions, Trell can provide holistic solutions to their consumers.”

The platform claims to have created an ecosystem of regional influencers or KOLs (Key Opinion Leaders) who are sharing localised and relevant content in five languages: Tamil, Telugu, Malayalam, English, and Hindi.

“We actively engage with our KOLs through the ‘Trell Creators’ Academy’ programme, where currently 25,000 creators are being educated every day to create valuable content, grow their reach, become influencers, and eventually solve the scarcity of regional content.”

With over 15 million downloads and five million monthly active users on its app, Trell claims to have grown 20x in the last 12 months. In January 2020 alone, their community of 500,000 content creators published 1.2 million content pieces on Trell, which garnered more than 300 million views.

Prashant Sachan, Co-Founder, Trell, said, “The Trell community is built on the pillars of authenticity and trust. The creation guidelines on Trell do not encourage selling or promoting a product directly. It's about telling your story and personal experiences that are helping thousands of micro-communities in India to make purchase decisions.”

The startup was also a part of the second cohort of Surge, Sequoia Capital India’s rapid-scale up programme. With this funding, the total funding raised by Trell comes to $5.5 million.