The history of technology is about to change radically. India must seize the moment. 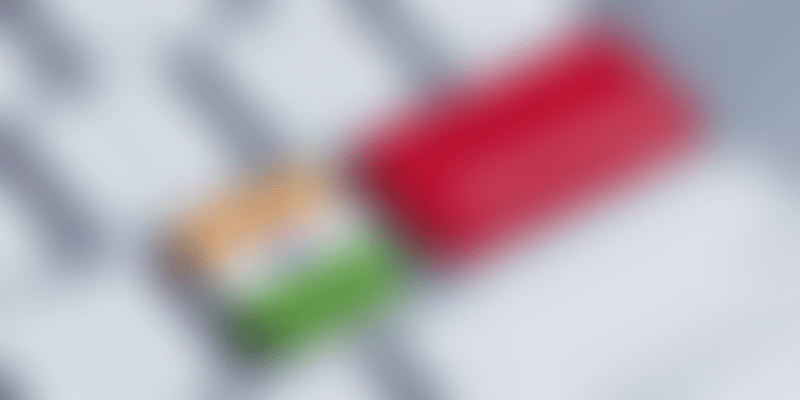 The coronavirus pandemic is an opportunity for technology-based businesses and digital platforms from India to rise to the occasion and play a significant role in strengthening the Indian economy in the weeks to come.

There are no atheists in foxholes, and there appear to be no capitalists in a global pandemic either. The head of Honeywell’s billion-dollar GoDirect Trade platform, which uses a permission-based blockchain to buy and sell aviation parts, declared on March 20 that American corporations had a “walled-garden” approach to data. “They need to start sharing data, a huge paradigm shift”, said Lisa Butters. Only a couple of weeks ago, Honeywell had been defending the virtues of a permission-based system, saying enterprises “needed some constraints to operate in”.

What a difference a few days can make.

Historically, the aviation industry has been one of the most secretive among ‘Big Tech’ sectors, with its evolution tied intimately to the Second World War, and the US-Soviet Cold War rivalry that followed soon after. Concerns around China’s theft of aerospace IP was among the foremost drivers behind the Obama administration’s negotiation of the 2015 agreement with China to prohibit “economic espionage”.

It is the ultimate “winner-takes-all” market — but Boeing, its lynchpin, has now approached the US government for an existential bailout. Honeywell’s call for a “paradigm shift” is proof that the sector is not thinking in just hand-to-mouth terms. The aviation sector may get a lifeline for now, but as an industry forged by a global war, it knows more than most that a transformational moment for technology is upon it, which needs to be seized.

As the economist Branko Milanović has highlighted, the correct metaphor for the Covid-19 pandemic and ensuing crisis is not the Great Recession of 2008, but the Second World War. To win WWII, and retain its military superiority, the United States pioneered technology complexes that placed innovation at the trifecta of university lab, government, and market. (The blueprint for this model was drawn up in 1945 by Vannevar Bush, founder of Raytheon and director of the Office for Scientific Research and Development, and presented to the US government. The document was titled, “Science: The Endless Frontier”.) This was by no means a Western endeavour alone. Several countries, including India, followed suit, trying to perfect a model of “organised science”.

In India, the Council for Scientific and Industrial Research was the totem for this effort, and created a centralised network of national labs. The primary difference between Western models and ones in developing countries like India was the role of the state. In the US, the state retained regulatory agency over the process of technological innovation, but gradually ceded into the background as the Boeings, Westinghouses, GEs, Lockheed Martins, and IBMs took over. In India, the state became both the regulator and purveyor of technology.

India’s attempts to create “national champions” in frontier technologies (think Hindustan Antibiotics Ltd, Electronics Corporation of India Ltd., Defence Research and Development Organisation, etc) failed because the state could not nimbly manufacture them at scale. Even as India pursued “moonshots”, those businesses in the United States that were incubated or came of age during the Second World War, began to occupy pole positions in their respective technology markets.

Once those markets matured, it made little sense for America to continue creating “organised” technology complexes, although research collaborations between universities and the federal government continued through the National Science Foundation. The banyan-isation of the internet and Silicon Valley — both seeded by generous assistance from the US Department of Defence — into a market dominated by the FAANG companies affirms this shift.

In the wake of the Covid-19 pandemic, however, the tables are turning. The United States is not only shifting away from “moonshots” but also pivoting towards “playgrounds”, settling on a model that India has perfected in the last decade or so.

The United States has often sought to repurpose private technologies as public utilities at key moments in its history. Communications technology was built and moulded into a public good by the American state. It was US law that enabled patent pooling by Bell Labs in the 19th century, leading to the creation of a “great new corporate power” in telephony. A few decades into the 20th century, American laws decreed telephone companies would be “common carriers”, to prevent price and service discrimination by AT&T.

Meanwhile, both railroads and telecommunications providers were recognised as “interstate” services, subject to federal regulation. This classification allowed the US government to shape the terms under which these technologies grew. It is precisely this template that Trump has now applied to tele-health technology in the US. Tele-medicine services could not previously be offered across state lines in the US, but the US government used its emergency powers last week to dissolve those boundaries.

And on March 18, President Trump invoked the Defence Production Act, a legislation adopted during the Korean War and occasionally invoked by American presidents, that would help him commandeer private production of nearly everything – from essential commodities to cutting-edge technologies.

Invoking the law is one thing, executing it is another. Rather than strong-arming businesses, the Trump administration is now trying to bring together private actors to create multiple “playgrounds” with an underlying public interest. The Coronavirus Task Force was the first of its kind. The Task Force brought together Walmart, Google, CVS, Target, Walgreens, LabCorp and Roche, among others to perform singular responsibilities aimed at tackling the coronavirus pandemic. Walmart would open its parking lots for testing, Google would create a self-testing platform online, Roche would develop kits, LabCorp would perform high-throughput testing, and so on.

The COVID-19 High-Performance Computing Consortium, created on March 23, is another such playground. It includes traditional, 20th century actors such as the national laboratories but is doubtless front-ended by Microsoft, IBM, Amazon and Google Cloud. The Consortium aims to use its high computational capacity to create rapid breakthroughs in vaccine development. Proposals have been given an outer limit of three months to deliver.

In some respects, the United States is turning to an approach that India has advanced. To be sure, we may not currently be in a position to develop such a playground for vaccine R&D and testing at scale. But India is well-positioned to create the “digital playgrounds” that can help manage the devastating economic consequences of the Covid-19 epidemic.

There is universal acknowledgement that India’s social safety nets need to be strengthened to mitigate the fallout. One analyst recommends “a direct cash transfer of ₹3,000 a month, for six months, to the 12 crore, bottom half of all Indian households. This will cost nearly ₹2.2-lakh crore and reach 60 crore beneficiaries, covering agricultural labourers, farmers, daily wage earners, informal sector workers and others”. The same estimate suggests “a budget of ₹1.5- lakh crore for testing and treating at least 20 crore Indians through the private sector”.

The digital public goods India has created — Aadhaar, UPI and eKYC — offer the public infrastructure upon which these targeted transfers can be made. However, cash transfers alone will not be enough: lending has to be amplified in the months to come to kickstart small and medium businesses that would have been ravaged after weeks of lockdown. India’s enervated banking sector will have meagre resources, and neither enthusiasm or infrastructure to offer unsecured loans at scale.

“Playgrounds” offers private actors to realign their businesses towards a public goal, and for other new ones to come up. Take the example of Target, which is an unusual addition to the Coronavirus Task Force, but one whose infrastructure and network makes it a valuable societal player. Or Amazon Web Services in the High-Performance Computing Consortium, which has been roped in for a task that is seemingly unrelated to the overall goal of vaccine development.

In the Indian scenario, a lending playground would have UPI players, account aggregators, lending service providers, technology providers and underwriter modellers, among others. Of course, it will also feature traditional interlocutors like lenders and credit bureaus, but they are the only actors who exist in this framework today! The rest of the playground is waiting to be built, but there is no need for a “paradigm shift” as Honeywell has sought in the US, because these digital playgrounds are not winner-take-all markets.

Coronavirus: How Delhi startups are hustling during the country-wide COVID-19 lockdown

Account aggregators are cast as fiduciaries in India, empowered by the user to share data with other actors in the playground. The Data Empowerment and Protection Architecture (DEPA) of India Stack animates the Cash Flow-based Lending playground as well. Those who bring the players to the market by tethering them to the underlying digital infrastructure should be treated as public utilities, and their profits capped. If a Target can be part of a Coronavirus Task Force, why can’t a Swiggy be a Lending Service Provider, offering low-value, short-term loans?

If digital playgrounds are so obvious a solution, why has India not embraced it sooner? None of this is to discount the deficit of trust between startup founders and the public sector in India. Founders are reluctant to use public infrastructure. It is the proverbial Damocles’s sword: a platform or business’ association with the public sector brings it instant legitimacy before consumers who still place a great deal of trust in the state.

On the other hand, reliance on, or utilisation of public infrastructure brings with it added responsibilities that are unpredictable and politically volatile. To illustrate, one need only look at the eleventh-hour crisis of migrating UPI handles from YES Bank in the light of a moratorium imposed on it earlier this month. On the other hand, the government retains a strong belief that the private sector is simply incapable of providing scalable solutions. In most markets where the India government is both player and regulator, this may seem a chicken-and-egg problem, but c’est la vie.

Nevertheless, there are milestones in history where seemingly insurmountable differences dissolve to reveal a convergence of goals. India is at one such moment. A leading American scientist and university administrator has called the pandemic a “Dunkirk moment” for his country, requiring civic action to “step up and help”. By sheer chance and fortitude, India’s digital platforms are poised to play exactly the role that small British fishing boats played in rescuing stranded countrymen on the frontline of a great war: they must re-imagine their roles as digital platforms, and align themselves to strengthen the Indian economy in the weeks to come.