Social entrepreneurship in India: how these frameworks and case studies power a new wave of change 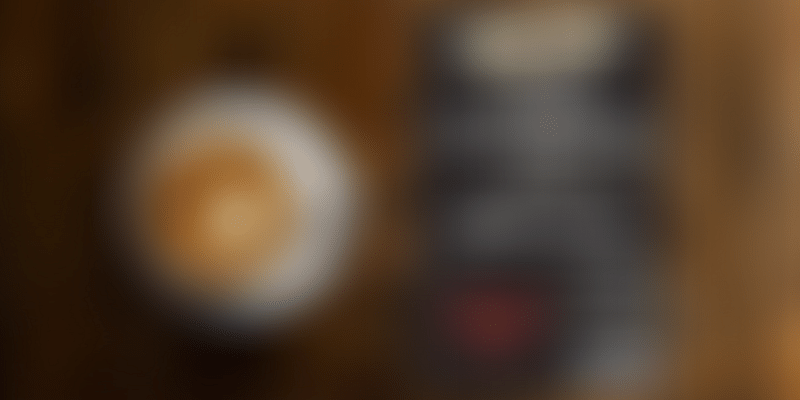 With a blend of idealism and pragmatism, social entrepreneurs are bringing about broad transformation in India, as explained in this insightful new book.

The rise of the social innovation movement in India, along with profiles and roadmaps, is well documented in the book, Social Entrepreneurship in India: Quarter Idealism and a Pound of Pragmatism, by Madhukar Shukla.

The nine chapters in the 256-page book are thoroughly researched, and draw on 120 organisational examples and 180 references. The book is a must-read for aspiring social entrepreneurs, innovators, academics, policymakers, and impact investors.

Madhukar Shukla is Professor of Strategic Management at XLRI Jamshedpur, and serves on the Board of School of Management and Labour Studies, TISS. He was the coordinator of the National Conference on Social Entrepreneurship. He holds a master’s degree in psychology from Lucknow University and a PhD from IIT-Kanpur.

Here are my seven key clusters of takeaways from the book, summarised in Table 1 (below). See also my reviews of the related books Lean Impact, The Next Billion Users, The Hybrid Domain, A Beautiful Constraint, A World of Three Zeroes, Do Good, Scaling Up, Grassroots Innovation, and The Prosperity Paradox.

Citizens have the ability and creativity to change the world, Nobel Laureate Muhammad Yunus writes in the foreword. He describes the examples in the book as insightful and inspiring.

Three platforms focusing on entrepreneurship in India were launched in 2009: Think Change India, YourStory, and Better India. Over the years, momentum has also picked up via incubators, accelerators, conferences, and awards for social entrepreneurs.

Though not all practitioners and academics agree on the precise definition of “social entrepreneurship”, there seems general agreement that it involves a primary social mission, development of innovative solutions, and entrepreneurial strategies.

Social enterprises are focused on social and environmental impact in addition to financial gains. Wealth generation is for becoming self-sufficient and benefiting target communities, and not for profit maximisation. The target communities are underserved, neglected, or disadvantaged, and are not high-income consumers (who are the focus of mainstream businesses).

One chapter describes the entrepreneurial mindset via the effectuation framework; it was formulated by Prof. Saras Saraswathy of University of Virginia’s Darden School (see my earlier article and interview). It is based on six principles, aptly defined as Bird in Hand, Affordable Loss, Crazy-Quilt, Lemonade, and Pilot in the Plane.

Effectual thinking is very different from causal thinking. It relies on imagination, spontaneity, exploration, experimentation, learning from failures, and working in a context of uncertainty. In contrast, causal thinking is better suited to mature industries, and is based on planning, market research, prediction, clearly-defined opportunity, and increasing efficiency.

For example, Association for India’s Development (AID) started off with supporting one village school, and then scaled up to a hundred projects. SELCO began by installing one solar system at a time, and then scaled up once the technology found acceptance.

Ela Bhatt first immersed in the informal work of textile labourers’ wives, and then began documenting their lives and collectivising them. This ultimately led to the formal registration of SEWA, which is now India’s largest trade union of unorganised sector women.

Many large social enterprises of today had humble beginnings, such as CRY (six friends pooling in Rs 50 each to help underprivileged children) and Goonj (a couple donating their unutilised clothes after three years of marriage). Boond is another example of a social enterprise that grew through experimenting, learning and refining goals; the strategy emerged over time.

Poverty is not just about lack of income; it also has social, psychological, emotional and experiential dimensions. There are multiple layers and manifestations of poverty, which include powerlessness, humiliation, rejection, discrimination, exclusion, insecurity, vulnerability, anxiety, and depression.

Serving such markets calls for entrepreneurial models that bring about affordability, awareness, customisation, contexualisation, and behavourial change, the author explains. It is not just financial aid that matters, but productive assets, mentorship, peer linkages, and inculcation of financial habits like saving.

Sustainability and replicability can be a challenge due to the complex, multi-layered linkages that need to be addressed, the author cautions. This calls for a sound understanding of ground realities and ability to bring on new partners.

For example, SELCO brought on board finance companies to make solar lighting systems affordable. Hasiru Dala formed a collective of waste pickers and also got contracts from apartment houses and public events, thus transforming them into entrepreneurs.

BASIX began by providing low-interest credit to the poor, and then offered livelihood support for agriculture and livestock. Such examples highlight the importance of learning and willingness to change, the author emphasises.

Standardisation and certification have been effectively used in the carpet industry by RugMark (GoodWeave International) to verify that child labour has not been used. Technology also plays an important role in sustainability, as shown by Digital Green’s extensive video library of agricultural practices.

Afforest has partnered with a number of local organisations and municipalities to replicate its forest regeneration model. SELCO’s incubation centre nurtures social ventures in other regions.

Mann Deshi Foundation began by offering affordable amenities in Maharashtra villages, and then deepened the engagement to asset creation via credit cooperatives and a rural bank. A community radio station and entrepreneurship programme were also launched. Drishtee started with rural e-kiosks, and then launched a rural supply chain.

The National Association of Street Vendors of India mobilised a movement for the Street Vendors Act. Steps in the journey included multi-stakeholder meetings, commissioned research studies, and even Street Food Festivals.

In sum, the book shows that though India may be criticised for lack of technology or product innovation, there is plenty of momentum and excellence in social innovation. But given the scale of disparity despite economic growth, there is much more room for entrepreneurship via social processes, mechanisms, and structures.