Started in a living room, this solar energy company now boasts of over a 300MW project portfolio 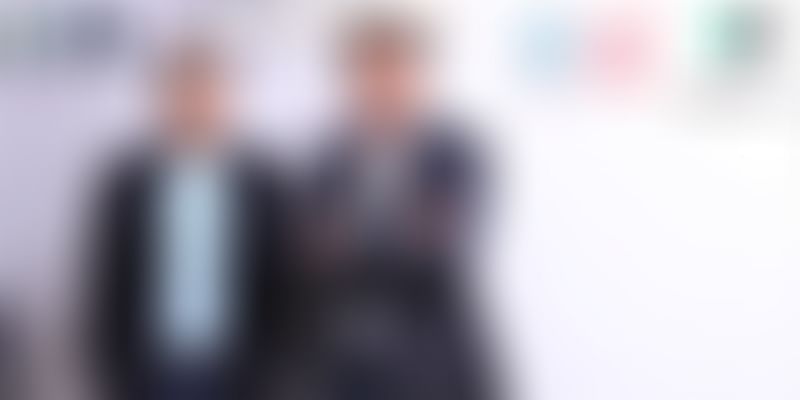 One thing that all Indians can relate to are the summer vacations while growing up, mostly plagued with frequent power cuts, melted ice creams in the freezer, and fashioning makeshift fans out of everything at an arm’s distance - newspapers, cardboard pieces, and sometimes even handkerchiefs.

While diesel generators were available, the emissions from these generators were never desirable. The Indian government then announced the launch of the National Solar Mission in 2010, and this finally signalled innovation in the solar space.

Two graduates from University of Massachusetts -- Kushagra Nandan and Adarsh Das -- saw this as an opportunity to take the entrepreneurial plunge.

The duo returned from the US and founded SunSource Energy in January 2010.

SunSource is a provider of solar-based energy and storage solutions to commercial, industrial, and institutional clients across seven countries. Starting its operations from Adarsh’s living room in Gurugram, SunSource later moved its headquarters to Noida.

SunSource was initially bootstrapped by the co-founders, with their personal savings.

“Equity investors liked the concept but were unwilling to invest. Debt investors were equally unwilling to look into funding long-term bets on private off takers, especially in a new technology area,” Adarsh says.

SunSource’s first client was Vasant Valley School in New Delhi. Since investors were not interested and lenders were not ready, the duo invested their own capital into the project.

“This project served as a proof of concept for many institutional investors to look at rooftop solar as infra, and ultimately we brought in another co-developer to own the project,” he adds.

Since then, financing has eased up for SunSource. Towards mid-2017, the company raised its first round of investment. In early-2018, the Neev Fund, a private equity fund backed by SBI, and the UK government’s Department for International Development (DFID) invested in SunSource.

Today, the company boasts of over 300 MWs of project portfolio, with more than 100 customers across India, and six other countries. Its clients include corporates and institutes like Indian Oil, Jamia Millia Islamia University, ICAT, Celebi Cargo (Delhi Airport), GE, Yakult, Bajaj, Dominos, Standard Chartered, and UNICEF.

SunSource has also delivered multiple innovation cleantech projects for various non-governmental organisations. “One such project was for Sana Foundation, which has impacted over 25,000 lives annually across seven tribal villages in Andhra Pradesh. The project provided them access to facilities like clean drinking water, bio-toilets, and clean electricity,” Adarsh says.

The project won the prestigious Google Impact Challenge Award for Sana Foundation. The company was also awarded the Global Environment Award in 2019. In FY2019, SunSource generated revenue worth Rs 130 crore, clocking an 80 percent plus growth since FY2018.

Adarsh, 44, is a BTech graduate in Energy Engineering from IIT Kharagpur. His experience in renewable energy extends over 20 years, with companies including SELCO in Bengaluru, and Solectria in Massachusetts. Adarsh also has an MBA degree from the University of Michigan Ann Arbor.

Kushagra, 39, is a solar enthusiast with over 20 years of experience with majors including GE, SunPower, and Conti Group. An electrical engineer from Manipal Institute of Technology, Kushagra is a lifetime member of Solar Energy Society of India.

The duo met and became friends during their MS in Solar Engineering at University of Massachusetts.

“Both of us were passionate about the technology and had the belief that as solar energy became commercially viable, a global transition towards solar and other renewable forms of energy would follow,” Adarsh says.

While working in their respective companies, they often coordinated on various projects, and realised that they shared the dream of starting a solar company in India. “We knew it was a matter of ‘when’ and not ‘how’. As we were working on a business plan for this future solar company, the government announced the National Solar Mission. This was almost like a signal for us, and we were back in India within a few months to start SunSource on the ground,” Adarsh says.

The National Solar Mission had set up time-based targets for the country and gave investors and industry stakeholders a somewhat clear roadmap for policies and incentives in India. This helped the duo take advantage of the initial market conditions.

Currently, SunSource has close to 200 employees working on direct payroll, with 300 more working on contract.

SunSource offers its solar projects to commercial and industrial clients in two models. In the Independent Power Producer (IPP) or opex model, SunSource develops, owns, and operates the solar projects.

“Our customers sign a long-term contract and pay only for the units consumed at a pre-agreed tariff,” Adarsh explains.

A typical term contract is between 15 and 25 years, and clients have the option of buying back the power plant at any point in the asset’s life. The IPP projects work in Behind the Meter (BTM) or Open Access (OA) approaches.

For BTM projects, SunSource utilises the existing rooftop or ground space available for installing solar projects and utilise the grid for moving power to the client’s meters, resulting in a reduction of the power bills from the grid.

In the other model, SunSource develops the project and transfers it to the customer at a fixed price, and lump-sum, Engineering Procurement and Construction (EPC) model. As a developer and IPP, SunSource does its own design, controls procurement through direct interaction with major suppliers, and even manufactures some components.

Tariffs depend on multiple functions including the site location, type of roof (if rooftop project), available unshaded area, length of the contract, the credit profile of the off-taker, and prevalent interest rates.

In the case of an EPC project, its product is the solar power plant itself, designed as per the requirements and constraints of the clients.

SunSource also signs an asset management contract with customers who wish to get access to SunSource’s iOT-based remote monitoring portal, which allows customers to track plant data for their assets, in real-time.

As of 2018, India ranked fifth when it came to solar energy generation. With sunlight being available throughout the year, it has a huge solar power potential. In fact, according to IBEF, the Indian government plans to establish renewable energy capacity of 500 GW by 2030.

Prominent players in the Indian solar energy industry include Amplus Solar, Cleanmax, Cleantech Solar, and Fourth Partner Energy. However, SunSource believes that it has a differentiator to offer. It considers itself a global company with local expertise.

“With a decade of experience in working with large solar companies in the US, we had sufficient experience of developing solar projects across the globe. As the sector is highly regulated with different federal policies for every country, having an understanding of the regulatory landscape becomes important,” Adarsh says.

Going ahead, Adarsh is targeting the installation of about 1,000 MW over the next five years. However, for the company, capital continues to remain a primary raw material and SunSource plans to continue raising capital and maintain a well-diversified financial profile.