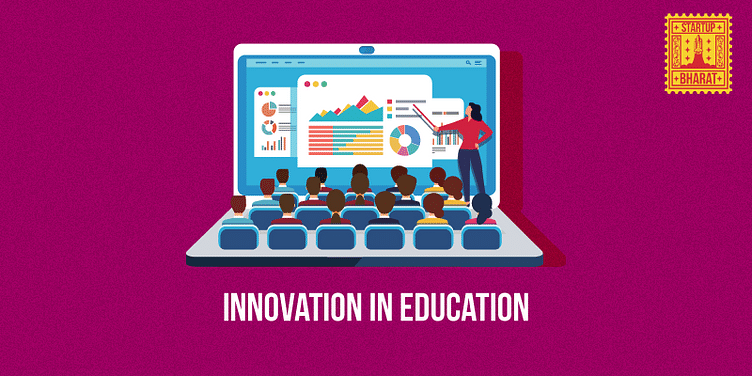 Online learning has widened the scope of education and transcended it beyond offline classroom boundaries. It has gone beyond the metro cities in India to offer education to students in local languages.

The first wave of edtech companies saw players focussing on high-quality content and live streaming, mostly catering to Tier-I city users with English as the major medium of instruction.

However, a large section of students, who were not comfortable with English, were left out of the digital wave in the education sector. Today, with the advent of smartphones, vernacular languages are a rage on social media and networking sites.

With the advancement of technology, students from Tier-II and Tier-III cities are also finding online edutech platforms a go-to place for study. A bunch of startups has tapped into this opportunity and has started to deliver content in vernacular languages.

Here is a list of few such edtech platforms:

Founded in 2009 by Michal Borkowski, Lukasz Haluch, and Tomasz Kraus, ﻿Brainly﻿ is a peer-to-peer learning community for students, parents, and teachers across 35 countries including India to help solve their academic problems and to facilitate knowledge exchange.

With more than 150 million monthly unique users, the platform this year diversified into regional languages such as Hindi, Sanskrit, Marathi, Telugu, Tamil, Gujarati, Kannada, and Bengali, to make its material accessible to a wider audience.

Noida-based ﻿Classplus﻿ was born out of an urge to redefine how tutors run coaching institutes in the country. Started in 2018 by Mukul Rustagi and Bhaswat Agarwal, Classplus is a mobile-first SaaS platform that enables private coaching institutes and their tutors to streamline their content distribution, payments, communication, and online assessments through an app.

Within 15 months of its launch, the company has built a base with over 1,200 coaching centres as its clients across 50+ Indian cities. It has a presence in cities like Kanpur, Bhopal, Gwalior, and Srinagar, and facilitates student and parent engagement, multimedia content distribution, payments, and online tests on a single platform.

﻿Pariksha﻿ is an online vernacular test preparation platform which helps candidates to prepare for various government examinations, which are slowly going online. The languages available on the platform include Hindi, Marathi, Tamil, Bengali, Kannada and English.

This Pune-based startup founded in 2015 by Deepak Choudhary, Karanvir Singh Shekhawat, Utkarsh Bagri, and Vikram Shekhawat, has launched its services across 11 states. It claims to have around 2 million users currently, with 60,000 paid subscribers on its platform.

Based in Kochi, ﻿Entri﻿ is a local language learning app that provides different types of learning content like mock/adaptive tests, flashcards, and video lessons in local languages for job aspirants.

Entri, founded by Mohammed Hisamuddin and Rahul Ramesh in 2017 is a part of Boston-based edtech accelerator LearnLaunch. The app, which started from Kerala with Malayalam language, now has languages like Tamil, Kannada, Telugu, and Hindi on its platform.

The startup claims that 1.6 million users have already used Entri so far and the platform is now adding 6,000 users every day.

Founded by IIT-Delhi alumni, Tanushree Nagori and Aditya Shankar in October 2017, ﻿Doubtnut﻿ targets students in smaller cities in 12 vernacular languages which has enabled it to build a large user base in a relatively short period of time. The app can read questions in 11 Indian languages, as well as English.

Doubtnut is an interactive multi-lingual online tutoring platform where Artificial Intelligence (AI) is used for image recognition to provide solutions to mathematical questions. Based in Gurugram, the startup claims to have more than 1.2 million daily users on its platform.