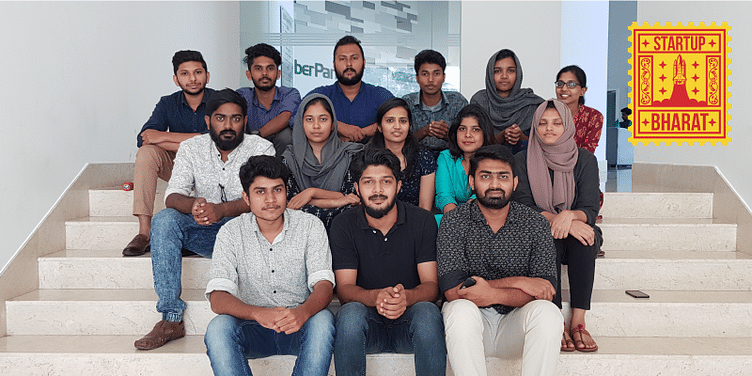 Northern Kerala is known for its love and craze for sports, especially football. People here enjoy not only playing, but also watching matches.

BTech graduates from Kozhikode (a district in northern Kerala), Amjad Ali O.N., Shamnas Thattoor and Nishad K. Saleem too were passionate about sports. The three then started developing a sports-based app ﻿PlaySpots﻿ in late 2018.

Friends since their college days, the three had wanted to build something of their own. They tried their luck with two applications initially.

In 2014, after graduating from MES College of Engineering, Malappuram, they launched ‘Keam Rank Analyzer’, an app that would help students anticipate which college they could get admission into, based on their score in Kerala entrance exam and board exam. Though this became popular among students, it did not generate enough revenue for the team.

The trio then launched ‘Ejarathi’, an app to manage residential apartments. This too did not take off, rendering them jobless.

However, all of them used to play every evening. This is when the idea of starting something in sports struck them. They realised that there was a gap between players and sports facilities. The large number of football grounds in Kerala made them realise the demand for sports products in the market for players.

Launched in January 2019, the PlaySpots app currently helps people find co-players, organise games, and book venues. It helps local talent in Kerala by hosting tournaments through its app, where everybody, from amateurs to aspiring professionals can compete and nurture their skills.

The startup also helps venues in improving its facilities to attract more potential clients. Its backend management app claims to make onboarding of venues an easier process now. This app provides detailed schedule management to the venues, taking care of the clientele, appointments, availability, and more.

“We have seen providers such as Playo, Groundwala, and Fantain Sports in major cities that offer booking facility. However, there was no such app in smaller cities in states like Kerala. We realised that people needed such a service as there was a need for this app in the market,” explains Amjad.

Within four months of launching in Kerala, it marked its presence in 14 districts of the state. Currently, it has 50,000 downloads and more than 250 facilities are using its application in Kerala.

“As we started from a small city, Kozhikode, the concept was new to the users. Initially, we found it hard to make the users use the app, but after a time, when the users realised the importance of the accessibility we were providing, they started using the app”, says Amjad.

PlaySpots app will have nearby sports facilities listed out from which the user can check the availability and book the venues. The app also allows the users to send invites to each other. On accepting the requests, they can form teams to play.

The platform charges 5-8 percent commission for every booking on its application.

Talking about its USP, Amjad says, “Other firms basically focus on the user side. While we were launching the product, we realised that not only users had problems, but facility providers too were not able to track their users. Thus, we are also providing the CRM option to facility managers,” explains Amjad.

This CRM option studies user behaviour based on the available data and makes customised suggestions to the users on available facilities. Through CRM, the facility providers can track their customers and segregate the users’ data as well.

While cricket and badminton are among the sports that people book through PlaySpots app, Amjad says the maximum response is for football.

However, being a bootstrapped startup, the team says they are finding it difficult to grow and expand to other cities rapidly. The startup has received a seed loan of Rs 8 lakh and a grant of Rs 3 lakh from Kerala Startup Mission (KSUM).

With a team of 14 people, PlaySpots claims to be growing at 40 percent month-on-month.

The app currently offers its services in Kerala but plans to expand to more Tier-II cities across India. It is also planning to reach the Middle East and African countries through connections and networks that it has in countries like Dubai, Saudi Arabia, Congo and Qatar. The team is also in the ideation stage of building and integrate fitness levels in the application.