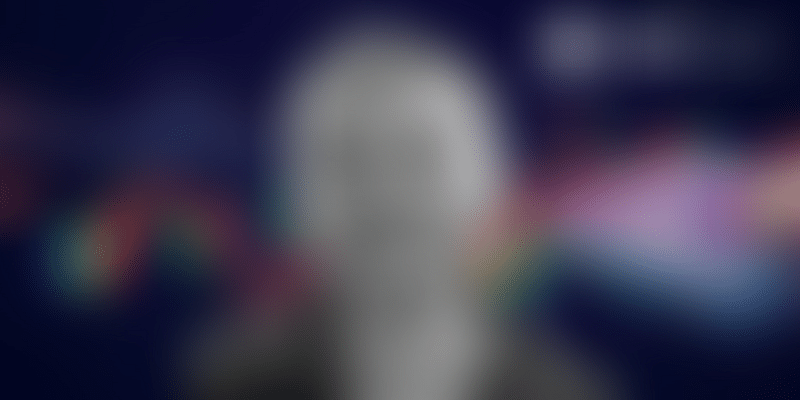 In this week’s Techie Tuesday, we bring to you Manoj Sharma, the CTO of Cleartrip.com, who shares his two-decade-long journey in the tech world, and talks about how technology is solving real-world problems.

Manoj Sharma, Chief Technology Officer (CTO), Cleartrip.com, believes his two-decade long tech experience has not only let him lead teams at tech majors, but has helped him go beyond technology to look at what goes into making a successful business.

Starting at a time when computers were still not very popular, Manoj made headway in his career by embracing new challenges, taking on new roles, and taking ownership of what he built.

Drawing parallels between technology and his own career, Manoj talks about how he has evolved in his career - from teaching at NIT Kurukshetra to working as the CTO of many organisations across the world, which has helped him develop leadership skills.

Manoj is currently the CTO of travel tech platform Cleartrip.com. Prior to this, he worked with Verizon in the US, where he was responsible for setting up its network connections and dial up services before 2G or 3G. Later, he worked with popular social networking platform Myspace. He then moved back to India around 2009 and was at the helm of technology at Zynga and Quikr.

A passionate techie, he says: “At one point of time in my journey, I thought that even if no one pays me, I would just do it as I was so interested and passionate about it. Over a period of time, when I had just started building solutions using technology, I created many other things for myself and I continue to do so. I am so much attracted to new technology. As I look back in my career, I see each of these places actually had great impact on my learning in my career trajectory,” explains 50-year-old Manoj.

Here’s an account of his journey, which started from Gwalior in Madhya Pradesh and how he moved towards building some of the largest global tech platforms.

Manoj studied at a time when computers were still not very popular. Hailing from Gwalior in Madhya Pradesh, his favourite subjects while in school were Maths and Physics, and he chose to study Electrical Engineering for his under graduation at MITS Gwalior.

Speaking about how engineering has evolved over the years, he says: “During those days (80s and 90s), PCs were just becoming mainstream. It is very gratifying to see that traditional engineering takes a long time to get inputs or codes to see the results. And if there were any issues, you just go back and do the drawing again,” says Manoj.

“But a software engineer today can instantly write a program and see the results right away or you can do a complex development for several months and ensure that your calculations are right,” he adds.

During his engineering days, Manoj realised that for one to be successful, what matters is logical thinking combined with the person’s capabilities.

But before taking on the role of a techie, while doing his master’s from National Institute of Technology Kurukshetra, Manoj also donned the hat of a teacher, and taught electrical engineering for undergraduate students at NIT Kurukshetra for a year.

Later, after completing his graduation, he did a course in programming in 1999 and went to the US.

Working in the US

Manoj initially started working as a technology consultant for the California Department of Corrections (CDC), which used to run all the prison facilities in California.

He then moved to MatchMaker, which was into developing software application to help the government raise funds with a limited budget. The only software developer working there, Manoj’s challenge was to make the product market-ready, which was left mid-way by the previous developer.

Manoj recalls: “This was a charter for me. I was the only guy and I had to make it work. However, we could deliver the product in two-three months, and during the process, I learnt to take ownership. If you are given something in technology, then you are supposed to own it. I got that feeling in my early days.”

In 2002, Manoj moved to Dallas and joined Verizon, one of the largest telecom companies then. Verizon was Manoj’s first time in a large multinational company with about 1,000 employees across multiple locations in the US as well as in India working on a single project.

While Verizon threw many challenges at him such as setting up the network connections and dial up services before 2G or 3G, his designs were used for the software development. He was also instrumental in helping unify all their ordering application into a single system to have a holistic view of the customer and the customer support.

Manoj then worked as a mobile application developer at Myspace, one of the largest social networks then. He developed and deployed Myspace social network experience with features like audio, video, chat board, pictures, etc., on multiple mobile platforms, native apps, on iPhone, Android, Blackberry, and others, according to its hardware configurations.

It was also a challenge to provide social networking content for different devices with different screen sizes, different hardware configurations, keyboards, etc. This experience made him learn how large-scale, complex, and high performing sites worked.

After working with Myspace for around three years in the US, Manoj got the opportunity to move back to India around 2009 when the company set up its engineering operations in Bengaluru.

Back to the roots

By the end of 2010, Manoj joined online gaming platform Zynga as its director of engineering, and managed multiple game studios and also developed a small game.

He then joined ecommerce platform Valyoo Technologies as its CTO and worked there till 2014. He says: “I was responsible for building technology, and the platform saw 3x growth in traffic.”

Manoj’s time at Quikr was quite remarkable in terms of how he helped change the architecture of the platform.

“When I joined Quikr in 2014, the first thing I sorted out was the technology architecture. I also solved some of the challenges around infrastructure,” he says.

However, the main challenge at Quikr was to create an evolving platform. Quikr wanted to have all the five categories on one platform - from jobs and services to home cleaning and beauty services.

Under his leadership, Quikr also started growing aggressively and launched five new verticals in five months, opened multiple offices in India, and expanded to markets outside India as well.

“In my career, I have been in places where innovation was happening. I have always built my carrier - sometimes by choice and sometimes by accident. And that is really what I gravitate towards today. I also know that if used correctly, technology can actually solve real problems. So, at one point, I had the satisfaction that we were able to achieve what Quikr as an organisation needed,” Manoj explains.

This was also the time when he had started talking to Cleartrip.

He says, “I was using Cleartrip myself, and when I started talking to them, I realised that it is one place which is really committed to making a difference to consumers by understanding their challenges and then solving it using the right tech. It was natural that this transition happened.”

When he joined Cleartrip around 2017, the company was looking to grow. For Manoj, all the plans for development happened in a very collaborative manner with all the departments, and there was clear visibility on what other functionalities or teams were up to.

“So, my focus has been not to look at technology alone, but to see how I can build solutions to support other departments such as finance, customer support, and others,” he says.

Over the years, there has been a lot of innovation in technology, especially when it comes to smartphone and payments.

However, Manoj claims the coming decade will be revolutionary for technology.

“We will see technologies so much in our lives that we fail to see it. The next decade will be a combination of machine learning, voice, and automation, and our personal or social life will be much more influenced by technology.”

Manoj says, a new developer should be able to understand the value of the variety of solutions out there, and integrate those quickly to create a solution in order survive in the technological world.