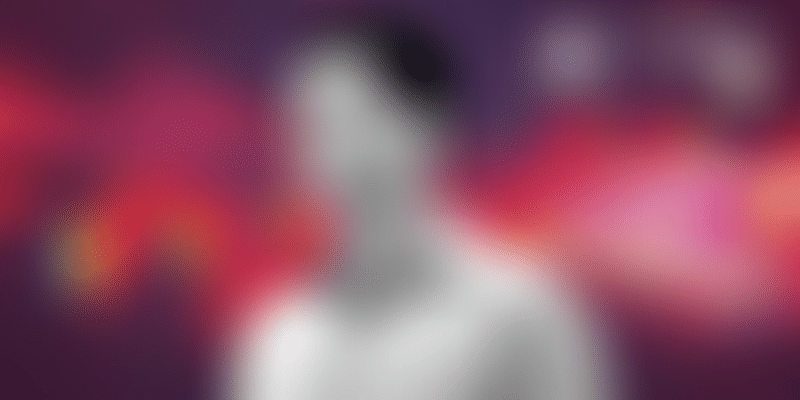 As the former Chief Technology Officer of Farmville developer Zynga, Cadir Lee has been at the epicentre of growth in the tech and startup world, witnessing the online gaming company's listing on the Nasdaq in 2011 and its acquisition of a million active users -- a rare feat back in the day.

Today, however, as the President and CTO of San Francisco-based clean energy provider OhmConnect, Cadir is treading a different path -- a rather unconventional route for a techie -- with his mission to contribute to sustainable living solutions and do his part to save the environment.

Indeed, for this veteran techie, if there's one thing his nearly 25-year-long experience in the technology industry has taught him, it's this: technology alone cannot make a business successful, and that both tech and business need to come together to ensure a business's eventual success.

This also explains the core driving force for Cadir, as he seeks to use the power of technology to create real-world, sustainable energy solutions at OhmConnect.

As with most notable techies, Cadir is also a self-taught software engineer, having spent hours teaching himself programming and systems architecture.

No wonder then that the Biology and Music graduate from Stanford University surprised recruiters at his first company, a Washington, DC-based firm called Spaceworks, which hired him as a software developer in 1994.

Cadir tells YourStory, “I am completely self-taught. I guess that’s the thing about computer science. If you are really serious and motivated, you really can learn quite a lot on your own.”

Born to a Hispanic mother from the Dominican Republic and an American father, Cadir says his family emphasised the importance of acquiring logical and analytical thinking, thus laying the foundation for a career in computer science and technology.

This meant a career pivot for Cadir, who was initially pursuing his studies to become a doctor. As fate would have it, Cadir's decision to choose computer science as a minor elective as part of his college curriculum further heightened his interest and love for coding.

He found himself coding and delivering more than was necessary in his computer science class assignments, and in time, he taught himself everything he had to learn about coding to land himself a job as a software developer, despite his Biology major.

“I was as productive as eight or 10 of the other engineers at Spaceworks,” says Cadir.

Through Spaceworks, Cadir met Zynga founder Mark Pincus. Mark was already an angel investor at the time and had invested in Spaceworks. Cadir’s work impressed Mark so much that they got together to start support.com, a tech support services company.

After a year at Spaceworks, Cadir felt the entrepreneurial itch and founded Habanero Software, a consulting company that provided contract software development to companies such as tech major Hewlett Packard (HP).

“Radha was the GM at HP for 20 years. She suggested that we could build a tech support product that could scale in Bangalore,” recalls Cadir.

At the time, only a few companies like HP and Texas Instruments were building technology-based products for enterprises, and it was the opportune time for Cadir and co to address the market. The Bengaluru office eventually grew to more than 100 employees, so much so that it became the core strength of the company.

At support.com, Cadir recruited and mentored the engineering team along with Scott Dale, wrote and reviewed code, developed and defended patent portfolio, and at various periods of time, led the product management, IT and security functions in addition to engineering.

In the later years of the company, Cadir led the company's pivot to working directly with consumers in partnership with major retailers such as Office Depot.

A wedding proposal with Zynga

After successfully running support.com for 11 years, it was at Mark Pincus’ wedding that Cadir was offered a job at Zynga in 2008.

But Cadir's condition for joining was clear from the start. He told Mark he would work at Zynga only if he was given more coding to do. Truth was, after over a decade in leadership roles at support.com, Cadir craved a more hands-on job that involved lots of coding.

He assumed the role of CTO at Zynga, after tinkering around with the data systems and architecture for six months. More specifically, in his first six months as CTO, Cadir laid the foundation for the tech function and hired a team for the analytics systems that would later become integral to the company culture.

As the CTO of Zynga for four years, Cadir contributed directly to the company's success by leading its technology direction during its period of rapid growth. His key areas of focus included cloud computing, analytics, virtual goods, mobile, security, social networking, platform, and HTML5.

Having joined the online gaming developer when it had fewer than 100 people, Cadir helped it to grow to more than 3,000. To be sure, Cadir was responsible for managing global teams spanning product, IT, operations, quality assurance, security, platform, customer service, and technology -- all of which meant he had management responsibility for almost half the employees at Zynga.

Not only that, Cadir also spearheaded the setup and growth of large India and China offices, and in his last 18 months in the company, focused his time and energy on incubating the Zynga platforms, including Zynga.com and the Zynga network.

For Cadir, there are several key milestones he recalls proudly from his time at Zynga.

Shortly after Zynga went public in December 2011 -- the world's largest tech IPO after Google -- Cadir remembers waking up to see the platform had a million active users. While not many companies in the world have a million users engaging with them in a day, it was also a first for Cadir and his team.

Thanks to the users’ addiction with Farmville -- a farming game that Zynga launched on Facebook in 2009 -- the numbers were only going up, and he had to build more technology on top of the existing stack to manage scale. Farmville became popular in no time, thanks to Zynga’s integration with Facebook.

Cadir believes that most developers today have the tendency to strive for perfection in shaping the final product and are eager to introduce new technologies into the stack. However, he believes they should, instead, check whether doing this serves a business purpose and only then proceed.

“I really respect Facebook for the fact that it ran on PHP for years. Instead of having the urge to play with something you read about over the weekend, the ideal thing is to always look for stability in the system and whether it is serving the end-users right.”

A good decision Cadir recalls making was to shift Farmville data centers and servers from Zynga’s private data centers to Amazon Web Services (AWS). More amplification of success arrived at Zynga’s doors as all of its games were then hosted on AWS.

“It was really an exciting time to manage millions of users on a daily basis, while also trying to put all the products together and working round-the-clock,” says Cadir.

Today, Cadir is merging his many years of experience working in the field of technology with his passion and mission to work towards solving the global climate crisis. Cadir serves as an advisor to a few energy startups, and was also an Innovation Mentor at the TomKat Center for Sustainable Energy at the Stanford University.

Since 2015, he has been working full-time as the CTO of OhmConnect, a US-based company that rewards users for saving energy.

OhmConnect automatically reduces electricity consumption of users by turning their WiFi thermostats, smart plugs, and car chargers down. The notifications are let out only when the power grid is under strain. These energy reductions are then sold into the energy markets at the same price as newly-generated energy.

"OhmConnect is breaking new ground in the world's largest industry -- energy. We are connecting individual homes with energy markets. We pay people when they save energy, help stabilise the grid and reduce emissions to combat climate change. We are passionate about making an impact," says Cadir.

Indeed, Cadir's passion for making an impact extends beyond his professional life, and into his personal as well.

The ace tech architect is also a league tennis player, who plays at a few world championships and national tournaments in the US. Cadir also makes time to connect with his musical roots by playing the piano every now and then.

Clearly for Cadir, there's a world beyond technology, and he sums up his view of the role of technology beautifully when he tells YourStory,

“I have seen that businesses don’t become successful just with great technology. It’s like a music band, where the band members should be great at playing every instrument. If you have the members play the same instrument all the time, it really is not a very interesting band.”