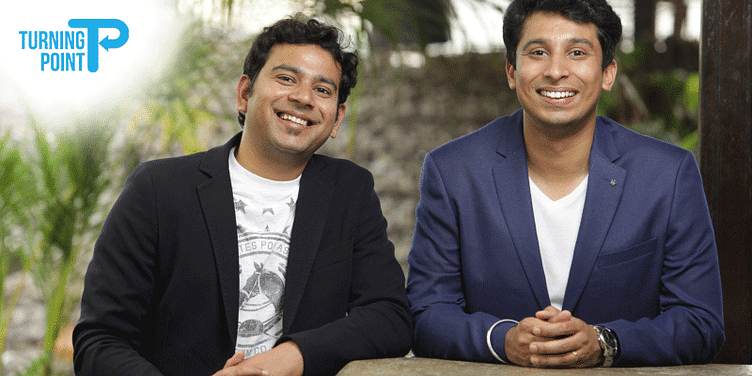 The Turning Point is a series of short articles that focuses on the moment when an entrepreneur hit upon the winning idea. Today, we look at Bengaluru-based social commerce platform Meesho, which changed its business model to bring three million women sellers on its platform.

In 2015, when IIT-Delhi friends and batchmates Vidit Aatrey and Sanjeev Barnwal reconnected, the duo was looking to start up. Vidit had worked for the likes of ITC and ﻿InMobi﻿, and Sanjeev had worked in Japan for Sony Corp, building their Cybershot camera.

The duo realised that while branded commerce had moved online, unbranded and unstructured commerce was largely offline. There existed a large opportunity in taking this online, and the duo decided to take these businesses online by giving them websites.

That led to the birth of Meesho, meaning “my shop”. ’ The duo wanted people to use their tool, set up a free online store, add products, and share the free inventory and order management system. ﻿Meesho﻿ was a mobile-first product tailored to Indian small businesses.

[Techie Tuesday] Sanjeev Barnwal of Facebook-backed Meesho has one advice for coders: ‘get out and meet the customer’

“After six months, one day when we were looking at the audience, it struck us that most of them weren’t unbranded mom-and-pop stores; majority were women – stay-at-home moms running home businesses. They were using it to sell fashion and lifestyle products on Facebook and Instagram,” Vidit says.

Keen to dig deeper, he spoke to several women and found that they were well-educated women, who once worked for big companies but had decided to give up their careers for different reasons.

Vidit says: “I remember one woman, Trina Basu. She was working with a bank and got married. After that and two kids, she was not working. She said to me: ‘I had a professional life and financial independence, and don’t have it anymore’.”

She started an online boutique Bong Connection, selling Bengali sarees on Facebook and WhatsApp. “She would sell Bengali sarees to people on her WhatsApp, Facebook, and Instagram. And she had started using the tool.”

Vidit wanted to understand why women were selling on WhatsApp. The women he spoke to said they would need funds if they wanted to set up an offline boutique, and they didn’t have them.

Each woman told him one thing: “I want to feel confident and that will come if I have a professional identity.” Most of them started using Meesho to run their WhatApp and Facebook stores.

So in March 2017, Vidit and Sanjeev went back to the drawing board to build a product that specifically catered to them and solved their problems. The new Meesho provided them access to supply, logistics, payments, and everything needed to set up their stores.

“We even helped them with tools on what was selling out there, the right way to price a product, CRM to manage customer history, help with creating a logo for a business,” Vidit recalls.

That was in 2017. Today, three years down the line, Meesho has three million sellers across 700 towns in India. It also provides distribution access to another 20,000 manufacturers through its platform.