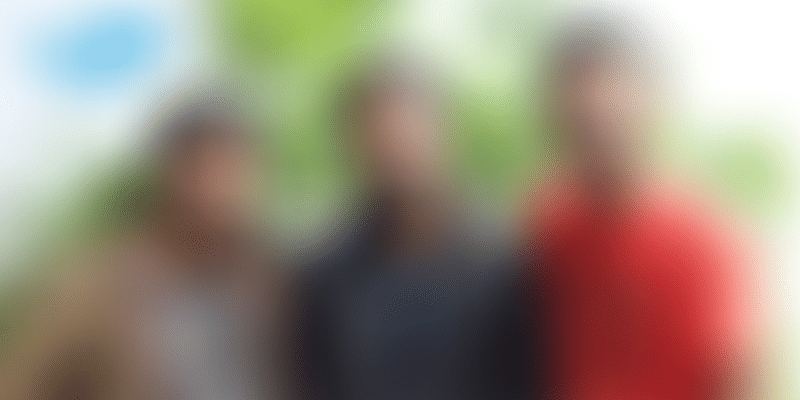 Turning Point is a series of short articles that focusses on the moment when an entrepreneur hit upon their winning idea. Today, we look at Bengaluru-based regional language social media startup ShareChat.

Earlier, social media was synonymous with Facebook and Twitter, and, more recently, with Instagram. But that is not the case in the hinterlands of India. IIT Kanpur buddies Bhanu Singh, Ankush Sachdeva, and Farid Ahsan’s startup ﻿ShareChat﻿ claims to be the country’s largest social media platform riding on non-metro users.

It allows users to share their opinions, record their lives, and make new friends - all in their preferred regional language.

At YourStory’s Future of Work, India’s largest product-design-tech event, held recently, Ankush shared the story of how the team came up with the idea of ShareChat after 14 failed ones.

In November 2014, Ankush and Bhanu, who were in their final semester in college, started working on their 13th project, a debating platform called Opinio. Ankush logged onto Facebook to figure out ways to redirect traffic to Opinio’s website.

“While doing so, I stumbled upon an interesting group: Sachin Tendulkar Fan Club,” Ankush says. The group had a post -- a WhatsApp logo, with photos of Sachin Tendulkar, and a caption reading: ‘Agar aapko Sachin ke WhatsApp group mein aana hai, toh apna phone number daal dijiye’ (if you want to be a part of Sachin’s WhatsApp group, add your phone number in the comments),” he said.

“I wondered who these people were and why they were doing this. Out of curiosity, I took 1,000 phone numbers and created 10 WhatsApp groups of 100 members each,” Ankush recalled, adding that they were groups centred around Sachin Tendulkar.

Ankush then left for lunch, and when he returned back to his table an hour later, his phone was abuzz with notifications. Every single group that he had created had hundreds of notifications. People were sharing Sachin Tendulkar related content in every regional language.

This was the moment that led to the origin of ShareChat.

Pivoting the way to success

The first version of ShareChat was a simple chatbot that could provide jokes, shayari, and wallpapers to its users. “If a user wanted a wallpaper, they had to put in the request to the chatbot, which in turn, would share the wallpapers,” Ankush said.

Some of these chatbots were really complicated -- one tried helping its users find jobs. This required users to add personal information, besides the candidate’s criteria, and the kind of job they wanted, among others.

“What we realised was nobody wanted jobs or services; everyone wanted ringtones, wallpaper, jokes, and videos,” he explained.

Initially, ShareChat had offered English as an option to communicate. The team realised that 80 percent of the users picked English despite being uncomfortable with the language.

“There was this bias in the minds of the users because there is a massive lack of trust. They have been cheated on the internet. They associate an English app with high quality. That mental barrier made users pick the wrong option, despite the presence of the right one,” Ankush said.

Taking these learnings, the team launched the third version of ShareChat. And this time, it did not have English as a language option.

In the first year, the team was hyper focused on sharing. Every ShareChat content that was shared on WhatsApp had the platform’s logo and name. People who saw that clicked on it, and ultimately every share led to some number of people downloading the app organically. “We did not have money for marketing and we had to make the platform grow organically,” Ankush says.

ShareChat now has 60 million monthly active users, with every user spending an average of 23 minutes on the platform each day. The platform offers 15 languages or dialects, and 21 million content creators.

In October 2019, the platform was reportedly valued between $600 million and $650 million. In August last year, the platform announced that it had raised $100 million in its Series D round. It is backed by Shunwei Capital, Lightspeed Venture Partners, SAIF Capital, India Quotient, Twitter, and TrustBridge Partners.