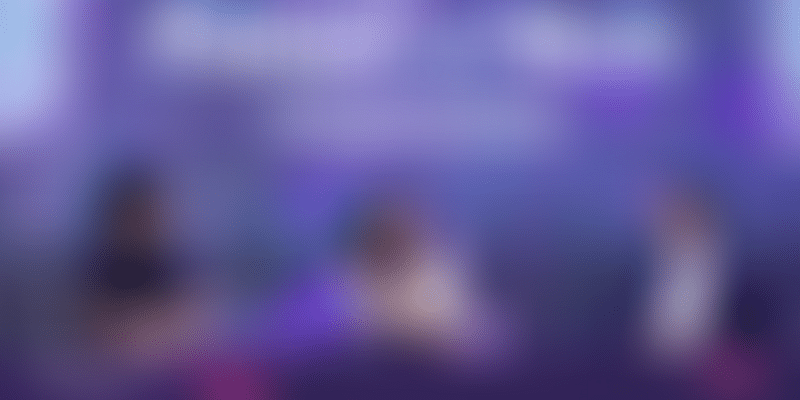 At YourStory's Future of Work 2020, investor Siddarth Pai and lawyer Vatsal Gaur get on a fireside chat with Shradha Sharma to decode startup and funding challenges faced by Indian entrepreneurs.

What do you get when a VC, a lawyer and an entrepreneur walk on to a stage at Future of Work 2020 – India's largest product, tech, and design conference? Well, a great conversation for starters, especially if they happen to be Siddarth Pai, Vatsal Gaur, and Shradha Sharma.

Siddarth Pai, Founding Partner and CFO at 3one4 Capital, is one of the youngest and most prolific investors in India. At 3one4 Capital, he leads a team of finance professionals and business analysts that has successfully closed more than 60 investments in companies through the fund. He is regularly consulted by the top audit, accounting, taxation, and legal professionals in the venture investment field in India.

Vatsal Gaur, Associate Partner at HSA Advocates, is a lawyer who specialises in venture capital, angel funding, and corporate work. His work includes advising fledgeling startups across sectors such as fintech (XtraCap Fintech), edtech (Klassroom), and agri-tech (Farmguide), on their pre-VC rounds. He has also been advising growth stage and PE-backed companies as well.

At the Future of Work 2020, in a free-flowing conversation with YourStory Founder and CEO Shradha Sharma, the duo discussed pitching, funding, trust, rejection, and other challenges faced by entrepreneurs, especially in the early stages of their journeys.

There were several light-hearted moments during the discussion as the trio joked about many things, including the fact that this panel seemed like a regular meeting between a lawyer, a VC, and an entrepreneur, but this time – with an audience as witnesses.

The erosion of trust between investor and entrepreneur

Drawing from experience on the most common factors affecting founder-VC relationships, Siddarth attributed distrust as an underpinning factor, citing examples from both sides while adding that it was in the best interest of the VC and startup founder to do their best to make it work.

"From the moment the money hits the bank, there’s no going back. Both participants are in the same boat regardless of whether the sailing conditions are smooth or rocky and it’s the interest of both parties to row the boat to safe shores,” he added.

Vatsal countered that like incremental investments, there was a possibility that a build-up of trust could also happen over time. Tranching, therefore, both in terms of investing and trust, could allow for a stronger relationship to be built over time.

Speaking on behalf of entrepreneurs, Shradha asked Vatsal if he believed that the presence of lawyers was absolutely essential during initial conversations between VCs and founders. Vatsal answered that while lawyers were great to have, they were not indispensable to the conversation.

“Founders have the option of downloading safe financing and other templated documents from Y Combinator for free and use it to negotiate even without a lawyer,” he added.

Negotiating the best deal for your startup

When it comes to negotiating, the duo advised startups not to give up all rights upfront.

Commenting on how often he encountered situations where VCs seemed to know more about the domain than the startup, Siddarth advised startup founders to look beyond their pitch decks and arm themselves with domain knowledge.

“Be in control of your business and be the smartest person in the room,” he advised, adding that founders should include numbers and metrics to embellish their storytelling.

“Always be prepared with a range and not an absolute figure when it comes to discussing money, and have a plan for what exactly you would do with the money,” he said.

On handling rejection from VCs

Siddarth went on to talk about how rejections were often not absolute with VCs and there were several examples of how startups pivoted, tweaked or course-corrected after a failed VC pitch, and went on to be funded.

He also drew from a recent example where neo banking startup Open corrected course after being questioned about their customer acquisition strategy at a pitch. After Open corrected its approach, it saw growth and went on to earn investor interest, he said.

Vatsal cited a recent report from Y Combinator that revealed that the average number of times a startup founder gets a ‘no’ is around 30, adding that it was imperative for entrepreneurs to get used to the word no and to learn to build from it.

The value of valuations

On being asked about valuations and how entrepreneurs should approach it, the duo discussed how it could be a double-edged sword, citing the recent example of WeWork's Adam Neumann and investor SoftBank.

Siddarth spoke about how ratchet structures were being incorporated fairly successfully in India, and how mismatched expectations could be bridged with convertibles.

Both Siddarth and Vatsal found most Indian startup founders to be deficient when it came to personal branding, adding that Indian entrepreneurs had a lot to learn from the West, where there was an abundance of names from Tesla's Elon Musk to Facebook's Mark Zuckerberg.

Practices like patenting and PR should be hygiene when it comes to taking your business global, they advised, adding that incubation should be deep dives on building businesses and scaling, with a focus on CEO and founder coaching.

“The Indian startup founder speaks softly and carries a big stick,” said Siddarth, citing the stories of the founders of BYJU’s, OYO, and TCS who are highly successful, yet haven’t got the kind of recognition and publicity they deserve, like their global counterparts.

“It’s all about ‘your story’ at the end of the day,” he signed off.