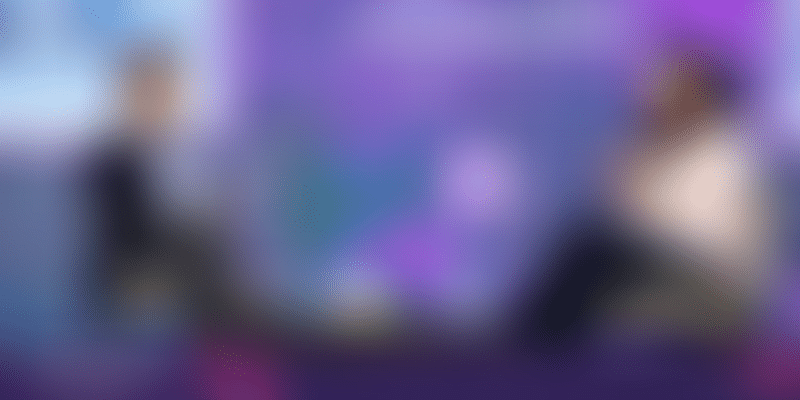 At Future of Work 2020, CureFit’s Mukesh Bansal spoke to YourStory’s Shradha Sharma about how a founder and a startup can be fighting fit – literally and figuratively – and take on giants in the ecosystem.

Striding across the stage in white trainers with a keen and purposeful gait, Mukesh Bansal exudes the cool-casual, yet energised vibe of a man at the helm of a company that’s using technology to conquer the world of health and wellness.

It’s a full house for the fireside chat – the kind where there’s no seat unoccupied and the audience crams every bit of aisle space available. Clearly, everyone’s keen to know what Mukesh has to say. And it’s easy to see why.

Mukesh Bansal is one of the most authentic and sincere entrepreneurs you would find in the Indian startup ecosystem. It’s a quality that not only resonates in his personality but also in the brands he builds.

As someone listed in the Best 40 Under 40 Entrepreneurs by Fortune Magazine, he is already a bestselling author, has had a successful exit, and now runs a successful healthtech soonicorn.

At the third edition of Future of Work, in a fireside chat with YourStory Founder and CEO Shradha Sharma, Mukesh spoke about his entrepreneurial journey, travel companions, and his destination.

A poster boy for Indian entrepreneurs

Shradha opens the conversation by calling him the ‘poster boy of the Indian startup ecosystem.’ To be sure, it's a title used for several entrepreneurs in India's mushrooming startup ecosystem but it's one that Mukesh truly embodies -- for founding successful and sustainable businesses like Myntra then and CureFit now, architecting successful exits, winning over marquee investors, and continuously rethinking lifestyles and habits to drive scale and impact.

At the start of what would be a free-flowing candid conversation, Shradha began by asking Mukesh about the thinking that led to creating a fitness-focussed business in a country not particularly keen on exercising.

“Serendipity had a role to play in it,” confessed Mukesh as he spoke about his life post Myntra and prior to CureFit. “I wanted to take six months off and travel, play golf, and do all those things one dreams about. The reality, however, is that I got bored in just a month. As we all know, boredom is a great motivator, and it got me thinking of what I wanted to do next. I got talking with Ankit Nagori, and we were sure we wanted to build something, which had tech at the core, could impact at scale, and had the potential to grow into a large business.” Thus, CureFit was born.

In this phase, during one of his walks, Mukesh walked into a gym called Cult, which focussed on unusual workouts like boxing and wrestling. During one such workout, he was paired with a massive guy who was tasked with wrestling a rugby ball out of him.

In his enthusiasm to keep the ball, Mukesh suffered a broken rib, which should have deterred him, but didn’t. Judging from the enthusiasm of the crowd for the workouts, he knew there was a future in this segment, which led to the start of CultFit.

A lighthearted moment followed as Shradha joked that the option for taking a sabbatical to play golf was a luxury of the well-heeled and possibly for someone who had a good exit, which Mukesh brushed off with a chuckle.

Talking about how the CureFit app was quite intuitive, Shradha asked Mukesh about his approach to making it habitual.

“I looked for inspiration from Apple, a brand that I believe has a really strong core value. Simply put, it just comes down to building insanely great products, and being obsessed by it,” replied Mukesh.

“The second most important thing I believe in is customer feedback. We have over 70,000 customer feedback points daily and we’re constantly learning and improving because of them,” he added.

Talking about his strike rate of building distinct and powerful brands, Shradha asked him if the secret sauce lay in being well funded and if there were any brand and product building takeaways.

“I firmly believe that the product itself is a marketing tool. Having worked as a product manager for most of my career before Myntra, it had an important role to play in my other product journey. Myntra was a struggle for the first four years. We focussed on our core message – making people look good – and put all our energies to make sure we delivered on it. As far as connecting with customers goes, there are thousands of touchpoints out there and it’s the founder’s job to see what works best in the brand and customer’s interests to maximise the opportunity there,” he answered.

Why Mukesh Bansal's startup Cure.fit is betting on groceries with Whole.fit

On being asked about his approach to building the tech and product teams, Mukesh replied that it was good to think of culture as a feature. And treat it as one would with features – think them through, have go-live dates, and get rid of features that weren’t doing great.

“The team you build is important from competency, calibre, and culture point of view,” he adds.

When it comes to job titles, Mukesh believes that they are transient. He takes a more philosophical view of his own title, describing his designation as W.I.P. — Work In Progress.

“I don’t believe in titles; we don’t have the regular kind of appraisal cycles but instead believe in mapping out career paths for our employees. In lieu of appraisals, we focus on what the employee has delivered and peer feedback across a very transparent system,” he said.

The macro-digitisation of health has resulted in tremendous possibilities and innovation potential, particularly in the space CureFit operates in.

“Very early on, it was clear that it was all about capturing parameters and deriving intelligence from them. It’s about seeing patterns and creating the right interventions. Even for something as simple as arriving at the workout of the day, we use over 10 million data points and have algorithms to figure out logical progressions,” said Mukesh.

On bulking up and the possibility of scaling across the world

Lessons from being a second-time entrepreneur

No Limits, the art and science of high-performance

Mukesh also spent time talking about his recent bestselling book, No Limits: The Art and Science of High Performance.

“My book is actually a synopsis of all the books I’ve ever read in my 10-year journey. I also believe that a healthy mind and body has shaped my life’s philosophy. Fitness is extremely important to me. It’s my magic pill,” he said.

“Fitness is the gift that keeps giving – I believe it can improve almost all aspects of my life,” he added, advising the audience to try and make exercise a habit, “Any kind of movement is good – even a simple morning walk will do.”

From investee to investor

Shradha wrapped up the fireside chat by asking Mukesh if he was an angel investor.

Here’s what the entrepreneur had to say, “I’m usually selective and tend to make one investment a year. And when it comes to investing, I look for deep tech startups.”

“CureFit is also keen on acquisitions and on innovative healthtech startups,” he concluded.