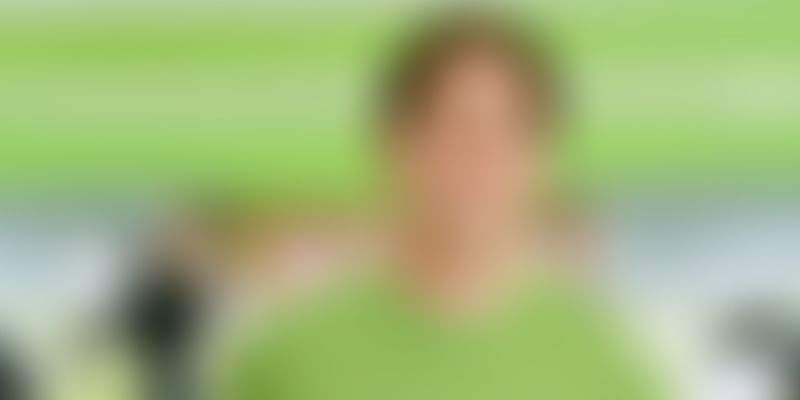 Bengaluru-based car rental startup Zoomcar is planning to launch in international markets next year. The startup has been working on these plans since November 2016, and will be initially targeting Asia, including markets like China and Japan.

At present, Zoomcar is operational in 45 cities across India. It claims to have a 75 percent market share, and intends to increase it to 85 percent in the next 18 months. The startup also plans to increase its fleet size by 10 times to one lakh cars, including both internal combustion engine (ICE) cars and electric vehicles.

Speaking to YourStory, Co-founder and CEO Greg Moran, reconfirmed Zoomcar’s international ambitions and confirmed that it will be heading to other Asian markets next year. These will include not just developing economies but also advanced markets.

He said, “We always consider ourselves a global product company. What we are doing in India is something which can be easily replicated in other emerging markets. Our core technology involving IoT (Internet of Things) holds enormous policies even outside India, including markets like other Asian countries and Europe. However, we will first focus on Asia and preferably by next year we will be present in not just South East Asia but also in China and Japan.”

The startup had earlier in 2017 also revealed its plans to enter the vastly untapped African market. It believes that few companies have come out with unique innovation for the region, which can translate to a big opportunity for Zoomcar.

Coronavirus and its impact

Before the lockdown, Zoomcar took strict measures to sanitise their vehicles before handing them over to a customer. The startup’s on-ground logistics team provided customised sanitisation kits to customer. Besides, employees were given masks and gloves for their protection.

With the nation under a lockdown, most of Zoomcar’s business has also shut down. It grounded its fleet in accordance with the government’s shutdown order.

Greg said, “We are serving only emergency services and working with other logistics partners. Zoomcar is doing food delivery and is involved in essential medical services. Some of the brands we are working with include Bigbasket, Grofers, Milkbasket, Apollo Pharmacy, Big Bazaar, More, and Spencer’s Retail.”

The startup takes care of not just last-mile delivery, but also provides commuting means to the staff. It is also using its fleet to help the staff members of Columbia Asia and Tata Memorial in their daily commute.

Talking about the measures being taken by Zoomcar for these activities, Greg added, “Every car is sanitised; during inspection, we use sanitisers and tissues to wipe the keys, steering wheel, gear, front and back door handle, and the pocket door hand rest. Our keyless entry system helps in avoiding any physical contact. We have undertaken extensive sessions with our employees and fleet on standard recommendations to prevent infection and spread.”

Zoomcar has also confirmed that they will not be laying off any employees. However, Greg has announced that he will defer his entire salary till June 2020, while other senior employees will defer half of their salaries till the same month.

Electrification of fleet to be delayed

At present, Zoomcar has a fleet of 10,000 vehicles of which only five percent are electric. Before the lockdown, it had been working closely with players like Mahindra Electric, Tata Motors, and MG Motor India.

“Looking at the situation we are in, most OEMs are going to go slowly on the electric vehicles front. Most of the OEMs will be going slow on electric vehicles in the next couple of years as they plan their recovery. In India, most OEMs have their plants aligned for ICEs. Post the crisis, the shift from ICEs to EVs will be much slower as companies also must make align their business plans with maximum sustainability. Zoomcar will also have to calibrate its plans accordingly because there will be a gap in the supply of these EVs,” added Greg.

Before the COVID-19 pandemic, the company had plans to add 1000 electric vehicles to its fleet and then increase the EV fleet size to 10,000 cars by 2021. Zoomcar’s green mobility solutions

Two-wheeler and luxury cars not on cards

Greg added, “The market opportunity is so huge amongst four-wheelers that there is truly little reason to look into two-wheelers. Also, it is much harder to run businesses dealing with two-wheelers from an operational point of view.”