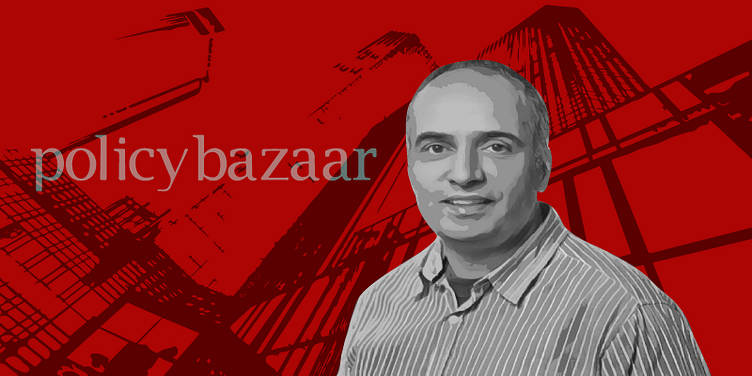 In a video interview with Shradha Sharma, Founder and CEO, YourStory, Yashish Dahiya, Founder and Group CEO of fintech giant PolicyBazaar, talks about what startups need to focus on to survive the coronavirus-led downturn, and why they need strong cash reserves.

Founded in 2008, ﻿PolicyBazaar﻿ is one of India's oldest fintech platforms. It joined the coveted unicorn club In 2018, and has now completed 12 years.

In a conversation with Shradha Sharma, Founder and CEO, ﻿YourStory Media﻿, Yashish Dahiya, Founder and Group CEO, PolicyBazaar, spoke about how the platform was functioning despite the lockdown amid the coronavirus pandemic, and what other startups can do.

“We have 17 business units, and all 17 of them are doing different things and tracking different things. Some of these are doing well, and some others aren’t. Overall traffic has come down, but people are still interested in some forms of insurance. What has dropped is sub-prime lending and travel insurance. And I don’t see that coming back for the next 12 to 18 months,” Yashish says.

While different businesses have different impacts, the team is looking six to 12 months ahead to figure out which businesses will have a requirement of resources, and which will not.

“We have over 2,000 people that we do not have work for, but we don’t want to get rid of people. So what we are trying to do is look at internal transfers and shifts. We are increasing brand spends in areas where we see a bright future, and cutting where we don’t. While we don't have liquidity problems, we are acting like we do,” Yashish says.

PolicyBazaar has also tied up with the central government to provide support for the COVID-19 helpline.

“There hasn’t been a day in the past 12 days that we haven’t looked at data. While there are teams that look at data every day and every minute, as a management team we get together and look at data three times in a day,” Yashish says.

This has led to some key observations:

Lending to take a hit

In the current coronavirus pandemic, Yashish believes that non-salaried people are going to suffer the most. Citing the example of a store, he says, “If nobody comes to the store, what are the owners going to do? Will they continue paying the store manager? Also, there are the daily-wage earners like electricians, plumbers, and house help.”

“Close to 90 percent of India’s income group falls in this category. Banks and private sectors aren’t going to lend to them. And for any business - small or daily wage - to build up again is going to take 12 to 18 months. SME lending and lending to this income group is going to suffer as one can no longer rely on the last or previous income. So, how can lending work?”

This impact will be seen even in the salaried segment as jobs will be cut.

Health and life insurance will increase

But even with the current uncertainty, insurance in health and life will, and is, growing. “If you fall sick, you want to be insured and safe,” he says. But since the travel ban, travel insurance has seen a significant drop. This, the team believes, will last a little longer.

Remote working may become the norm

“I have always believed that managers, including me, take away, rather than add value. If people knew what to do and knew how they would be incentivised for it, they would do it,” Yashish says.

Citing the example of the taxi industry, Yashish says what ﻿Ola﻿ and ﻿Uber﻿ did was ensure that people were empowered to make their own money and incentives. They didn’t need a boss to tell them to get up and do their jobs. He believes this is the way even with the sales ops teams, where, if given the right tools, they know what they are doing, and have their incentives made visible to empower them to work.

Yashish believes that the current work-from-home scenario will empower people. He explains that while they tried a WFH project several times, they were not able to scale it beyond 200 people.

“Now with this scenario, people are forced to implement it,” he adds. The team realised that conversions have gone up by 15 percent, and talk time is up by 20 percent. This means there is more premium per employee.

“In my weekly conversations, I realise most people like it as they are empowered to do more. They miss the occasional conversations in office, and the tech needs to be better at home, but overall it gives them ownership,” Yashish says.

He adds that now if a new office space needs to be opened, it need not be a physical structure. One can just hire people in the area and begin work. “Companies that didn’t take online seriously will realise that they now have no choice.”

Be prepared for a nuclear winter

However, with the coronavirus pandemic, startups have now moved deeper into survival mode, especially with investors following a wait-and-watch approach. Yashish says it is always good to have good cash reserves.

“We have never been in a situation where we have had to raise funding. It has always been an option. We have always told our investors that we would like the funding, but we don’t need it for survival.”

The current crisis has made him see cash differently. The question for founders today is how long can they continue with zero revenues.

“Nobody has asked these questions before, but these are important questions in today’s scenario. I would say it is important to build a capital base where you can run a business without revenues for at least three years,” he says.

Yashish says since PolicyBazaar is in the finance sector, it has always worked with high regulations, which he terms "nuclear winter conditions". The team started with a capital base for 15 months with no revenues, followed by 18 months and three years; it is now at five years.

“This is also a time of proper correction. There were a lot of businesses that just shouldn’t have existed; there has been a big capital balloon since 2011, which will now change. If you have a stable, good business idea and can hold on for three months, capital will be available. There is no dearth of capital in the market. But everyone is super cautious,” he says.