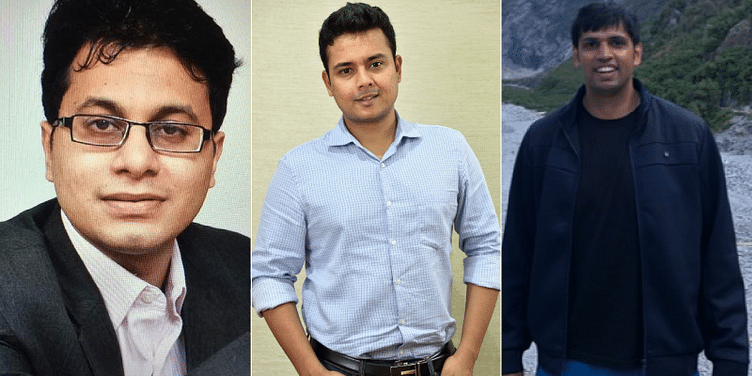 One of the biggest challenges that fintech companies and financial services in today’s pandemic-ridden world face is the lack of visibility on income. And, for better or for worse, most financial products – from lending to savings – are built assuming fixed monthly cash inflows. Even if the end-use cases are very diverse, financial products are not tailored to people’s specific needs.

“Our journey of building a fintech startup started with the hypothesis that current financial products are generic, one-size-fits-all, and hence don’t suit the needs of people with diverse cash flow profiles,” says Atulya Bhat, Co-founder of Jodo.

The Bengaluru-based bootstrapped fintech startup, which set up shop in January this year, focusses on building tailored financial products for middle-income households. Its flagship product — Jodo— aims to help families manage the academic expenses of their kids.

“During our research, we found that school fees have sharply increased in the last decade, especially in urban cities, and become the largest, most significant item of a household's budget. Given the importance attached to education, people tend to stretch their finances for their children’s education. School-fees today account for nearly 20-30 percent of the household income, typically paid in two to three installments,” says Atulya.

The installments sometimes prove to be cumbersome for families that live paycheck-to-paycheck, and have to bear a sudden decrease in funds for the months they have to pay the installments.

To make this payment schedule easier, Jodo offers customers the option to convert the lumpy two to three installments, into a monthly payment plan, at zero percent interest rate.

The team has partnered with multiple schools in Bengaluru to roll out its product in the upcoming academic year. “We are, in parallel, working on both lending and saving products across use-cases like education and healthcare. We want to build a suite of financial products for our target segment in the long-run,” says Atulya.

Atulya teamed up with Raghav Nagarajan and Koustav Dey to start Jodo. The trio were colleagues at Matrix India Partners. While Atulya is an IIT Madras and IIM Ahmedabad alumnus, Raghav founded Rupeevest — a lending startup — after graduating from IIT Kharagpur.

Koustav, on the other hand, has worked with companies such as Morgan Stanley, and McKinsey, and is an IIT Kanpur alumnus.

"I grew up in Bengaluru and went to a well-known school and paid about Rs 10,000 per annum as fees, about 12 years back. The eureka moment was when we realised that it is very difficult to find private schools where the annual fee is less than Rs 40,000, today, in Bengaluru,” says Atulya.

Realising that school fees have sharply increased in the last decade – far outpacing the wage growth, and therefore accounting for a major chunk of a household’s income – “we set out to build out our financial product, aiming to help households manage the school fee expense of their children,” Atulya quips.

When the founders stumbled upon the idea of a fintech startup focussed on the middle-income levels, the trio started interviewing people from different walks of life.

“These are most of the people you see around you in cities, and can be referred to as the ‘middle-income' segment of India. Our primary interviews were long, open-ended conversations, where we were trying to understand the lives of people through the lens of their finances,” says Atulya.

He adds that they spoke to close to 1,200 people in urban and semi-urban areas across the country, and these conversations gave them an empathetic understanding of their target customer segment.

Its key finding was that there was a heavy reliance on informal financial products, such as chit-funds and pigmy deposits, even though there was no lack of access to banks or NBFCs. Local jewellers, pawnbrokers, local financiers, and payday lenders, were also among those that gave out loans, albeit at hefty interest rates.

The startup says it realised that people were fully aware of risks associated with non-regulated loan products, but they were willing to gamble their hard-earned money because of the convenience and flexibility of repayment schedules.

“It became very clear in our mind that there is a large opportunity to serve the segment if we can build well-designed products,” says Atulya.

It also found that savings and borrowings are two sides of the same coin when taking a cash flow view of a customer. Both involve a person making frequent payments, with only the timing of the lump sum payment being different.

The team realised that financial products have a bigger role to play for people running on a tight monthly budget.

"When we analysed why people use financial products, we found out that there were several reasons people dipped into their savings, or borrowed money: health, life events like a wedding, earning asset creation like cabs and two-wheelers, mobile phones, inventory, and finally, education," says Atulya.

And 40 percent of those the startup interviewed indicated education was their most significant expense. And, so, it decided to explore that first.

The startup partners with schools to offer payment plans to the parents. For customers opting for the Jodo payment plan, the startup pays the fees on behalf of the parents, and then collects it from them in tranches through the year. The values of the repayments depend on the parents’ cash inflow profile.

We don’t charge any interest rates on the fees - only a nominal one-time processing fee for enrolling parents into the payment plan. Schools partner with us, and market it to the parents as a startup that can take away their fee-payment hassles, says Atulya.

The digital platform is critical for us to provide a fully automated process given the short window we have to acquire and onboard customers, he adds.

However, the team had their work cut out for them: the challenge in bringing a new financial product to life is bringing together multiple pieces of the puzzle, across risk, capital, and regulation.

“Luckily, in our previous roles, we had managed to build a deep network within the fintech ecosystem, which helped us to get up and running quite quickly,” says Atulya.

The second challenge was the operational aspect of it: there are multiple stakeholders - schools, parents, and financial institutions – imperative to the functioning of the startup. The school admission season is only a very short window to get in front of the customers, educate them about a new product, and convince them to adopt it.

"All this increases the operational complexity of the business, which (is why) we are working towards making the platform tech-enabled and streamlined,” says Atulya.

Given the size of the market and the under-penetration of formal finances, fintech in India still has ample space for multiple players. Companies offering differentiated financial products designed for a specific audience – like Jodo – have been gaining traction, especially with the government putting its weight behind them in a bid to make the country more digitised.

India is the second-largest market for learning and e-learning after the US, according to an IBEF report, with the sector set $1.96 billion by 2021.

Currently, in its pre-revenue stages, Jodo plans to charge a small fee for transactions it conducts on its platform.

The team defines middle-income households as ones which bring in anywhere between Rs 20,000 and Rs 60,000 of monthly income from all their earning sources. The founders believe nearly 60 percent of earners in India fall under this economic bracket.

“India is urbanising at a rapid rate, and we estimate approximately 100 million households to be in our target segment by 2025,” says Atulya.

“This segment is aspirational and looking for access to a better standard of living through better health, education and wealth creation. We believe we can identify specific use cases, and build financial products to address the needs of this segment,” he adds.