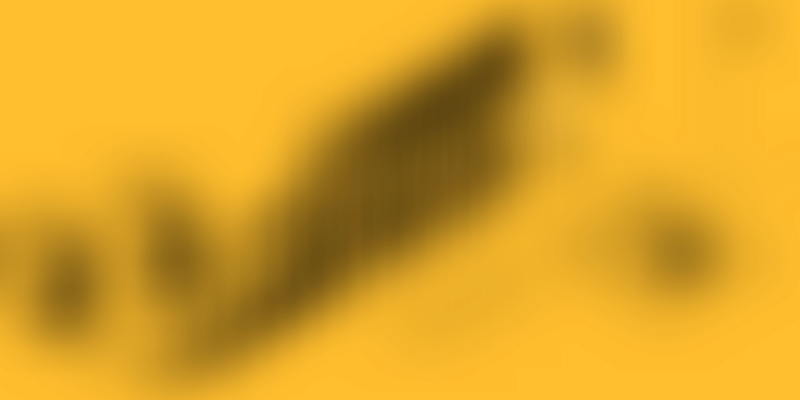 India’s financial sector landscape has seen the emergence of Aadhaar, UPI, and account aggregators, but how are fintech startups, banks, and NBFCs innovating for the $1 trillion market waiting in the wings?

Last year saw India’s fintech startups cornering the highest amount of funding in the ecosystem, and early signs of 2020 reveal that this trend is likely to continue.

In its funding report for 2019, YS Research, YourStory’s research arm, noted that fintech and financial services startups represented 28.6 percent of the total $11.1 billion raised, by mopping up $3.18 billion.

The fintech ecosystem in the country has certain technology-led foundation blocks already present, like Aadhaar, Unified Payment Interface (UPI), and Sahamati—the body for account aggregators—and there is more coming in the form of a framework for loan service providers.

All these developments clearly point towards a big market opportunity for startups in the financial services ecosystem.

“The market is very large. It is a $1 trillion opportunity as studies have shown and there are now many in this ecosystem who understand this.”

In its paper, titled The Design of Digital Financial Infrastructure: Lessons from India, the Bank for International Settlement (BIS), stated, “Key features of digital finance include the ability to use mobile devices, quickly authenticate identity, and real-time payment services. Their scalability means that they can be applied to hundreds of millions of customers, even for low-value transactions. Such low-cost, high-volume, low-value digital financial transactions were unimaginable a decade ago.”

This leap seen in a decade has been propelled by regulators like the Reserve Bank of India (RBI) and the Securities Exchange Board of India (Sebi), who are playing a key role in encouraging the use of technology in the world of financial services.

The fintech startup ecosystem in the country has the presence of certain marquee names like Paytm, PhonePe, Google Pay, Cred, RazorPay, and PolicyBazaar, operating in different segments of the financial world. The digital payments space is set to witness interesting times as WhatsApp, the global messaging app, is coming in with its payment services in a phased manner in India.

An exciting development has also been serial entrepreneurs lending their magic touch to the sector. Take, for example, Flipkart Co-founder Sachin Bansal’s Navi Technologies, which has made some big moves in the digital banking area by acquiring NBFCs to provide rural credit as well as to make strides in the insurance sector. Bansal-owned Chaitanya India Fin Credit has applied for a banking licence recently. His Flipkart counterpart Binny Bansal too has invested in the sector, namely in financial lender Avail Finance and digitial insurance startup Acko.

“The thesis of investment is always to put your money where there is highest amount of activity. Today, fintechs have become the gatekeeper of a high volume of transactions and a large set of customers, which can be further harnessed for commercial transactions.”

Reimagining finance for the underbanked

Working alongside new-age, tech-backed ventures are other established financial institutions like banks and NBFCs, which are trying to get a foothold in a sector that is ushering in unprecedented ways of dealing in finance.

For example, credit is usually provided to people based on the assets they possess, but now loans are availed based on the financial history of the individual. In such a scenario, a borrower need not offer a guarantee in terms of some physical asset to secure a loan but, instead, ask the account aggregator to furnish their financial history to institutions that can then assess the case and provide credit.

This change has been spurred by the recent thrust on data. Infosys Chairman Nandan Nilekani, during a recent interaction with Paytm Founder Vijay Shekhar Sharma, said, “India will be the first country in the world where individuals will be empowered to use their own data.”

A huge opportunity that has hitherto not been tapped into is the vast unbanked rural pool, which has largely been ignored so far by traditional players who went after the urban middle class.

With UPI at 100M+ monthly transacting customers, it’s extremely easy to do 1-10 rupees txns in seconds.

With WhatsApp payments ready to explode, 2020-2021 will be all about micro transactions online.

According to the BIS paper mentioned earlier, India had 191 million unbanked individuals, i.e., those who do not have a bank account, in 2018. Of this, women made up a whopping 109 million.

In such a scenario, it means that the fintech startups will need to reengineer themselves both from a technology point of view as well as with the way they approach the markets. This would entail coming up with products that go beyond just digital wallets.

As an industry player puts it, “Wallets will have their place and there is money to be made but it is small considering the opportunity which is out there.”

According to him, a digital wallet player can be a good entry point to get customers on board, but to keep them hooked would require other interesting products, from insurance and mutual funds to stock market and savings. For example, payments firm PhonePe launched its wealth management business last year by tying up with Aditya Birla Sun Life Mutual funds.

And this shift in the paradigm would also mean old-school NBFCs and banks have to remodel their way of doing business.

iSPIRT’s Sharad says, “There is no scarcity of opportunity and we are in a place of abundance with space for everybody. Does this mean that everybody needs to reinvent themselves? The answer is ‘yes'.”

Technology and the Jio effect

Today, fintechs have customer segmentation data to create and market products based on user profiles.

3one4 Capital’s Siddarth says, “The most attractive thing about fintech is that one has the ability to marry the best of technology with scalability of ecommerce.”

Another important factor is the Jio effect. The Reliance Group’s entry into the telecom segment led to a deeper internet penetration and increased smartphone adoption. Media reports state that JioMoney, which offers a digital wallet, will soon enter the mutual funds space.

But amidst all these exciting developments is a certain sobering reality of the new world that the country is entering, and the challenges it would present in the form of security skirmishes and data privacy fears.

However, experts are confident of the market and all the potential it holds.

“The next big wave is most likely to be in the fintech segment, not just for India but for the entire world,” says Siddarth.

Sharad agrees. “This is the start of a new S curve and it will play out over 10 years,” he adds.