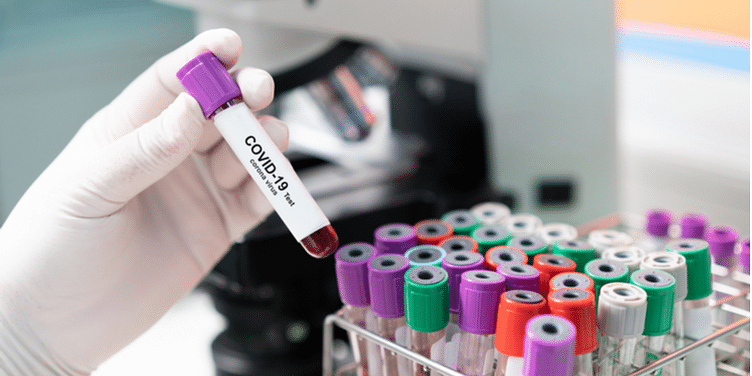 In a conversation with YourStory Founder and CEO Shradha Sharma, Anu Acharya, Founder and CEO of Mapmygenome, and Rajat Garg, Co-founder of My Upchar, discuss the bottlenecks around the coronavirus testing process in India.

India has reported over 4,000 positive cases of COVID-19 so far. While the country finds itself in a better position compared to western countries such as the US and Italy when it comes to the number of cases, the total number of tests being conducted on the ground seems to be a big concern.

Besides the widely reiterated importance of staying in quarantine and maintaining social distance,  World Health Organisation (WHO) head Tedros Adhanom Ghebreyesus urged all the countries to ‘test, test, and test’, stating the pandemic cannot be fought blindfolded.

Anu Acharya, Founder and CEO of personal genomics startup ﻿Mapmygenome﻿, shares that out of the 1.3 billion population, only around 42,000 people have been tested in India so far.

In an exclusive interview with Anu Acharya and Rajat Garg, Co-founder of Indian language health information platform ﻿MyUpchar﻿, ﻿YourStory Media﻿ Founder and CEO Shradha Sharma delves into what keeps India from conducting more tests, and the barriers that can be challenged.

The need for indigenous testing kits

Currently, the laboratories in India are working on Polymerase Chain Reaction (PCR), which requires nasal and throat swabs, and takes around five hours to deliver the test result.

Despite the lack of testing kits, Anu says that a patient in India has to pay around Rs 4,500 to get themselves tested, which needs to be lowered. Referring to the high price point, she says,

“I don’t think many people will come out to get tested unless they are in very bad condition.”

Rajat says, this maybe because only one out of 13 approved test kits were manufactured in India, while the rest were being imported from abroad. At the same time, this also requires a trained professional. If they are manufactured in India, Anu says the price can be brought down significantly to below Rs 500. It will also encourage the indigenous manufacturers to help build capacity for the country.

But the challenges do not end there. Rajat says,

“There is the logistic challenge as well. Even if we have trained professionals in Lucknow, how do you transport the live virus back to a lab in Gurugram? Because most of these approved labs are in bigger cities.”

However, the Indian Council of Medical Research (ICMR) recently allowed rapid antibody testing to be able to screen and identify those infected with the novel coronavirus at a faster rate. Rajat says, this will allow a simpler process of detection through blood sample, similar to a pregnancy test or how the glucometer usually works.

“Now that they have opened the antibody testing, I think it will probably get a little better. One can at least implement at a larger community with lower cost, and also look at the communities that are far away from a lab,” Anu adds.

Still, Rajat says, it is very crucial to make the rapid testing kits available across India. His startup MyUpchar has partnered with a company to test 1,000 essential service providers on a bi-monthly basis.

At the same time, he shares that Personal Protective Equipment (PPE) and trained phlebotomists are the need of the hour.

“Even approved labs do not have phlebotomists trained for this. They should be able to collect sample and not get infected themselves in the process,” he says, adding that it is likely that two out of 200 phlebotomists are trained for the viral infection.

Another challenge is that close to 50 labs in India, which are approved, can use government authorised test kits, which are low in supply.

Measures to curb the spread of COVID-19

The easy transfer of the virus and its ability to quickly multiply on a human host makes it risky. Since there have been few cases of community spread in India, Anu says it is important to trace areas with high potential of spread.

“We can make sure to isolate them rather than wait for them to have symptoms and get tested for COVID-19,” she says.

Simultaneously, Rajat says that people who interact most with the general public like the chemists, grocers, the police, and the delivery personnel must be tested twice a month.

Further, he suggests, “All their contact point should be recorded in an app so that if we find one delivery person infected, we can easily trace which 200 houses he delivered to.”

He urges the government and private companies to collaborate and take initiatives to make mass testing via rapid kits possible. “Because I don’t think that government, even by next month, given all the headaches it has, will come to a point where it’ll be able to say all the essential service providers will be tested someday.”

Rajat also reminds private companies to take up civil responsibility by conducting tests and navigate the challenges together with the government.

On this front, Anu suggests conducting random tests on various communities and migrant workers who have travelled to their homes.

“We need to also make sure that all the people who went from large cities to their villages and towns should also be screened because they might become a hotspot, and if there are too many people in a particular city or village, we should look at the possibility of isolating the whole area,” she adds.

Rapid kits, she says, should be made available in every panchayat in order to quickly act on any suspected cases.

One of the biggest lessons to be learnt from the western countries, Anu emphasises, is to look after healthcare workers and those offering essential services, who often go unnoticed. She says, India does not want to run short of trained professionals in dealing with the deadly COVID-19 global pandemic.