Passing the test of time to build businesses that last 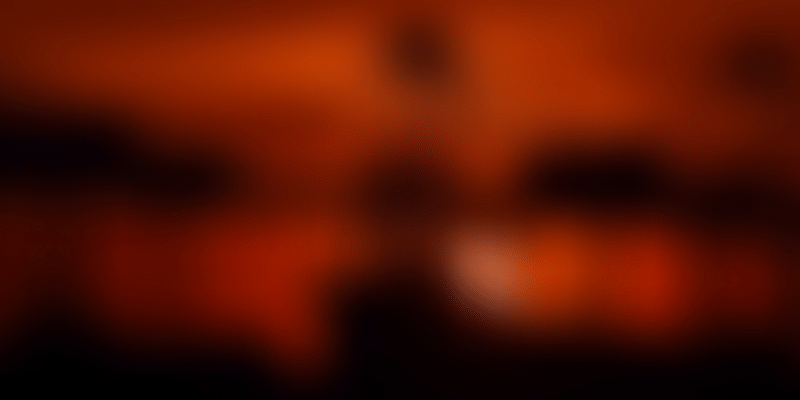 Clearly, there’s something we can learn from companies that were built to last. They have constantly reinvented themselves and remained at the forefront of innovation. They have adapted to every situation possible to stay current.

April 1, 2020. On this day, most of the world was battling to defeat a virus that has wreaked havoc, created chaos, and upended normality as we know it.

Meanwhile, on the same day, Fauja Singh quietly celebrated his 109th birthday in the UK. Born in 1911, Fauja Singh has lived through two World Wars, the Great Depression, the Indian fight for independence, and the Cold War. In 2004, Fauja Singh was chosen as the face of Adidas, replacing David Beckham.

Who exactly is Fauja Singh?

Born in Punjab, Fauja is the world’s oldest marathoner. At the age of 92, Singh ran a marathon in 5 hours 40 minutes, having taken up running only when he was 89. In 2011, Fauja Singh became the first 100-year-old to complete a marathon. Even now, Fauja says he walks at least 5 miles a day after a hernia finally put a stop to his marathon running.

Last year, in a different sport, Serena Williams became the oldest Grand Slam finalist in Open Era tennis history. At 37 years 291 days, Williams joined the 37-year-old Roger Federer in the Wimbledon finals. All three of Federer’s last Grand Slam trophies have come after the age of 35. Closer home, Sachin Tendulkar was 40 when he played his last Test innings of 74 against the West Indies in 2013.

Sports can offer parallels to situations that we face in our personal and professional lives. Thinking of the longevity of some of the world’s most remarkable athletes during these times made me think of the longevity of businesses too, especially during a crisis.

Built to last: companies that have stayed resilient

Sportspersons like Serena and Federer have shown remarkable endurance in staying at the top for decades in a highly competitive sport. Athletes like them are built to last. But it’s not just talent that has made them last these years.

Their fitness is not mere genetics, even though their skills are unique. Hours of hard work, relentless hours of practice, and a constant desire to hone their skills have made them endure the best of times and the worst of times.

Founded in 578 AD, Kongo Gumi in Osaka, Japan, is the oldest continually operating company in the world. This construction company specializes in building Buddhist temples. I hadn’t thought a company could be that old! Companies such as Bofors and Saint Gobain were established in the 16th century, and as I scrolled down that list, I came across increasingly familiar names.

In India, companies such as the Wadia Group, State Bank of India, the Tata Group, Aditya Birla Group, Shalimar Paints, and more have been around for more than 100-300 years.

They were there before the internet, air travel, automobiles, and before televisions. And they are still here now in the times of Snapchat, Facebook, supersonic jumbo jets, luxury cars, and smart TVs.

To put that kind of longevity in perspective, the average age of a Fortune 500 company is 40 to 50 years, and even that sounds astonishingly long for startups who think of longevity in single digits. Worldwide, there are many companies that are more than 200 years old!

These are not companies that have barely made it. No. Some of them are giant companies that have constantly reinvented themselves and remained at the forefront of innovation. They have adapted to every situation possible to stay current. They have survived wars, depression, plague, booms, busts, rebellions, revolutions, political upheavals, and more in the process.

Clearly, there’s something we can learn from companies that were built to last. Take GE, for example. The company is the only one still listed in the Dow Jones Industrial Index from 1896. Its power to endure comes from its range. Throughout its history, GE has constantly added and exited different business segments. This diversification and divestiture have helped the company stay afloat despite constant market and business fluctuations.

Enduring businesses always look forward to the future. From 2016, GE has been positioning itself as a software and analytics company.

When you look at the list of the world’s longest-surviving companies, you will find that they have strong guiding principles that quickly become living history in these companies. Their purpose and values are defined by those principles. They are led by the right strategic vision and adherence to fundamental values through the ages.

The key values that stand out for me from these companies are: heritage, value, flexibility, and adaptation.

So, how do you build a startup that will last? All long-lasting companies had strong founders who made building the company their life mission. Over time, they created strong organisational structures and built their philosophy into the foundations of the business.

Founders need to dream of growing their companies beyond the startup phase.

Leverage cash flow: The oldest-surviving companies all understood the importance of money in an old-fashioned way. They knew how useful it is to have spare cash all the time. Crucially, they pursued growth within their means, practicing fiscal discipline.

It may seem like empty advice, but startups, I believe, should always be thinking about cash flow.

I suggest that startups have at least a two-year cash flow to sustain their business through any crisis.

Cash is important to come out of any crisis stronger and thriving.

This willingness to embrace change, innovate, and stay ahead of the current fads means that they didn’t rest on their present success. They are constantly modernising.

India’s digital revolution has been led by a dramatic rise in innovation. The ArogyaSetu app is a wonderful example of pragmatic innovation with more than five crore downloads just 13 days after its launch. Without an internal commitment to innovation, I believe that even the strongest brands in the fastest-growing industries will eventually face immense difficulties and wither.

Adapt to the times: Learning from the world’s longest-surviving companies shows that they changed with the times. They remained aware of the environment around them, and embraced change, instead of opposing it.

Barclays, for example, started off in the 16th century as goldsmith bankers. But it’s the same brand that launched the UK’s first debit card and introduced the world’s first ATM in 1969. Quite a change from being goldsmith bankers!

To stay relevant, startups should be ready to constantly make changes to their operations and strategy.

Kongo Gumi, as I wrote earlier, specialised in building Buddhist temples. But during World War II, when funds were low, the company switched to making coffins to survive.

Whenever there is new customer behavior, there is an opportunity to think about doing your business differently.

Twinings, which has been around for 300 years, produced such high-quality tea that Queen Victoria gave the company a Royal Warrant for tea in 1837.

A startup needs to focus on delighting customers - client satisfaction can’t be lost while scaling.

Building strong processes means your business is protected from any eventualities, like a drastic drop in revenue as triggered by the current pandemic or even the exit of a key member of the top management.

The world may seem a crazy place right now. Each day brings new levels of anxiety, stress, and worry. The negativity can seem overwhelming. But these last few weeks have also reinforced the need to stay afloat, to endure, and to move through these changes with understanding, empathy, and resilience.

And we can move through these extraordinary times, too, when we learn, adapt, and embrace this change. For that, we have the timeless weight of history to guide us.