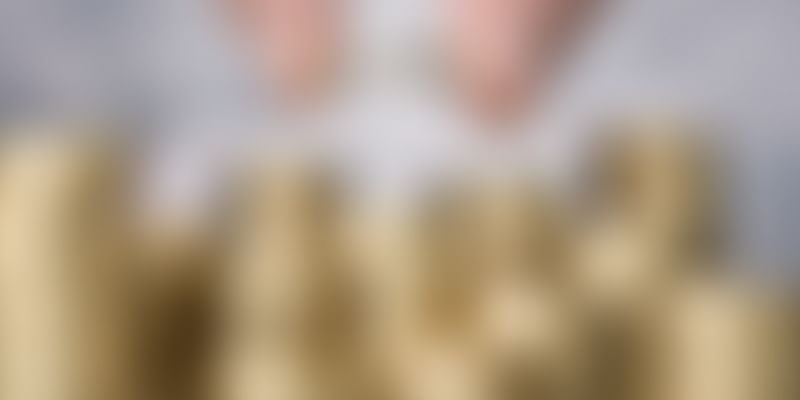 In this episode of Matrix Moments, Avnish Bajaj, Founder and Managing Director of Matrix Partners India, talks about how a startup’s success hinges on the business plan, budget, burn rate, and performance.

A critical factor that determines an early-stage startup’s success or failure is the level of spending, or burn rate. Practising extreme financial discipline is a critical part of controlling your company’s burn rate.

“Inherently, there is ambiguity by definition because it’s very hard to know the future, and especially if you are trying to do very disruptive things,” he says.

Avnish adds that a plan is a convergence between the founder the investor is backing and the investor’s view of the future. How does it work? As a venture capitalist, “you would have some form of an investment memo”, which delineates what success would look like. And so, it provides the markers for that success.

The different kinds of contracts

“In my view, when a founder and an investor get into a relationship, they are in some ways signing multiple contracts without signing them. One obvious contract is a legal contract. In my view, that’s probably used the least. They are also signing up for a moral contract, which centres on what people expect from each other. And frankly, at Matrix, we do spend time talking about those expectations,” Avnish says.

The third contract is the plan, the performance contract. Avnish says that may not be something people spend a lot of time on, especially in the early stages of the business.

“What people actually track is do you have a common understanding of what success would look like,” he says.

But how does one work around plans and burn rates?

Citing the example of Baazee, Avnish says initially they didn’t have a market so they managed the cost till they were able to get some version of product-market fit.

“And therefore, we managed to have a business that over a period of time became more sustainable. I don’t think people in India in the ecosystem, be it investors or founders, think through burn rates carefully,” Avnish says.

[Matrix Moments] Our job is to continue to invest in cycles, says Avnish Bajaj on coronavirus impact

Costs can be controlled, not revenue

In the early stages, the things you control are the costs, not the revenue. This is because different factors come into the picture with revenue: product-market fit, right users, will it grow without marketing, monetisation, and others.

Costs, on the other hand, don’t depend on such factors. Rent is a cost, as are employees. Thus, costs are certain, revenues are not.

“Most often, people guide the founders to say raise money for 18 to 24 months. Now, that’s a good principle. But, I think a better principle is to raise money for 18 to 24 months, but - if things are going well - actually raise more money in 9 to 12 months. If things are not going well, you should be thinking about 36 to 48 months, three to four years. Buy more time, control your destiny,” Avnish says.

How do you do that if the input money is fixed? The only way to control your destiny is with burn rates.

Keep an eye on the burn rate

It is vital to put a plan in place and be extremely disciplined on the burn rate because beyond a point you cannot control product-market fit.

“If you are an early-stage founder, you are probably raising $1.5 million at a seed stage. I tell the founders to keep very clear markers for a Rs 30 lakh, Rs 50 lakh, and Rs 70 lakh a month burn rate. Don’t spend on marketing until you have product-market fit. Marketing is not the way to get product-market fit. If you were to do this kind of a math, by definition you would have money for 18 to 24 months with the amount that you have raised,” Avnish says.

Once that is under control, start thinking of revenue greater than your burn rate. So if a startup is burning Rs 1 crore a month, how far is it from having revenue of Rs 1 crore a month? This is the first marker, he says, and clarifies that this will be net revenue and not GMV.

“If you look at the financial architecture of a business, one of the early markers of progress is financial health,” Avnish says.

The next step is to look at your unit economics. Does the gross margin pay for the marketing cost?

“Normally people say ‘is your gross margin going to cover your fixed cost?’ Because then I can pay for marketing. But if you are in a high-growth environment, you will always need to market. Gross margin covering marketing means you are able to pay for your growth. If you are able to pay for growth, with more growth, your fixed cost will get covered and you will become profitable,” Avnish says.

[Matrix Moments] From trading at 17 to working at a call centre, Nithin Kamath on how he bootstrapped Zerodha

Plan and track your burn rate

A plan is a disciplined month-on-month exercise and can help you determine how far you are getting from the 18 to 24 months runway. If the burn is high, you need to figure out how to extend the runway.

“I tell founders if they are able to keep a perpetual 18- to 24-month runway, they are going to become profitable at some point. If not, take the time to hunker down, fix the basics, and get back on the trajectory of the burn rate,” Avnish says.

Typically, if businesses are not tracking this, it may take them a year-and-a-half to two years before they get back on track.

“If we are in the business of backing people based on the future, we need to see how good they are in predicting the future and managing towards it. That is what a plan tells me. So my one-line summary of why performance versus plan matters is that a plan a measure of how good the founder is at understanding the market, the competition, execution, predicting the future, and looking backwards,” Avnish says.