[Matrix Moments] From trading at 17 to working at a call centre, Nithin Kamath on how he bootstrapped Zerodha 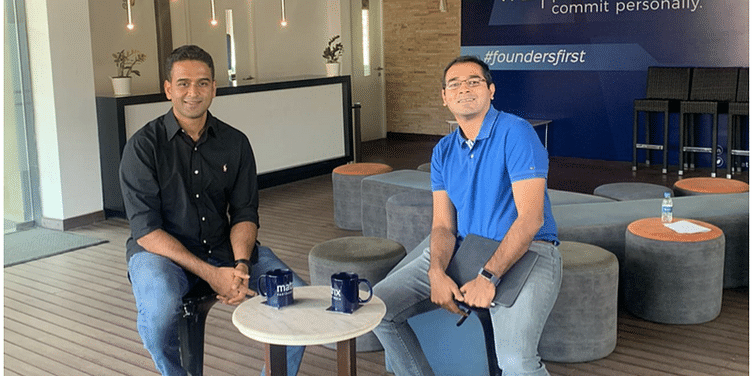 In this episode of #MatrixMoments, Vikram Vaidyanathan, Managing Director, Matrix Partners India, speaks to Nithin Kamath, Co-founder and CEO, Zerodha, on how he built a profitable bootstrapped business and how it continues to grow despite the pandemic.

Nithin Kamath co-founded ﻿Zerodha﻿, one of India’s largest tech broking firms, with his friend and brother in 2010. He started trading in the stock market when he was all of 17 years, and then bootstrapped and built the company to a massive scale with zero external funding.

Today, Zerodha is not only one of the largest brokerage firms, but is thriving despite the Coronavirus pandemic. In a recent social media post, Nithin explained the growth:

"Seeing this happen for the first time in my 15 years of broking. Account openings going through the roof after a crash in the markets, new customers being smart, not panicking and telling that it is a good time to start buying for the long term. It is unreal!"

To understand how he achieved this, Vikram Vaidyanathan, Managing Director, Matrix Partners India, had a candid chat with Nithin in this episode of #MatrixMoments. Vikram says he has known Nithin for the better part of a decade, and through multiple conversations.

“It initially started off trying to get him to take our money, and eventually we became friends,” Vikram says. He adds that the first time he went to Nithin’s office, there was great energy and calm in the space.

Meet the Mavericks: this Founder-CEO talks about why he bet big on the markets, his love for sports, and retiring to a beach shack

Speaking about his journey, Nithin says, “I started trading quite early, and I traded for 12 years before starting Zerodha. I don’t think I could have done any other business other than broking because that’s where my core competency was.”

“A lot of people ask how has the business reached here? I say, if you want to bootstrap, you need to have some edge - either you need to have deep pockets or you have some core competencies. So, for me, even today, I spend two to three hours interacting with customers online. It is that drive, the customer focus, and the hustle,” Nithin says.

But all wasn’t hunky dory. Nithin went bust twice, and worked at a call centre for three to four years. Later, he took a franchise of a bigger broker firm in 2005.

In 2008, when there was slowdown and markets fell, he made a little bit of money; it was just enough to get a licence.

“If you want to become a broker, you need to put deposits on the exchange. So, we took a licence on the exchange. And the funny thing is we started a business as a partnership firm because the deposit requirement was much lesser. We converted the partnership to public limited only last year. So, in 2010, it started in this small little office. I think we had 30 people in the team. To scale up, we’ve been extremely frugal; whatever money we could save, we have tried to do that,” Nithin says.

Speaking of how the boom and the bust phase were formative for him, Nithin says he learnt all his life skills in the three years at the call centre.

Learnings from a call centre job

Speaking about his first job as a telemarketing executive for a US call centre, Nithin says:

“I used to trade during the day time and work nights. I’ve sold everything - from mobile phones to DVDs.”

Looking back, Nithin believes that in those three years, he learnt working and hustling, which in turn helped him in the business. He adds that even in the first two years of Zerodha, he did a lot of cold calling.

“That requires a certain skill set; not everyone can just pick up a phone and make a call. I think I've had the most fun in my life during my call centre days,” says Nithin.

Initially, Nithin started focusing on day traders; today, this has evolved to long-term investors, and now millennials. He explains that around 2014-15, the team realised that the audience pool was small and shallow.

“India does not have more than 300,000 to 400,000 people who actually speculate. We realised that we can’t build a business just on this. It is then when Kailash joined us and pushed us to focus on new-age experience. Until then, it was all vendor-based products; there was no tech in house, and the only tech I had done was excel sheets,” Nithin says.

Speaking further of their plans, he says,

“I’m thinking how do we get more people to invest in the markets. Until now, as a business, what we’ve done is if someone has an intent to invest, we’ve offered a decent platform to come invest in. And if someone has an intent to learn, we offered a platform to learn. But I think the real problem is how do you grow the ecosystem itself, and how do you get new people to come to the markets?”