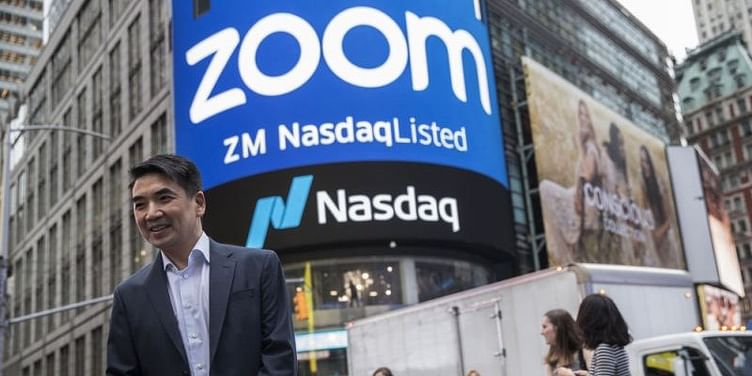 Touted as "King of the Quarantine Economy", Zoom's user-base is rapidly growing since the world started working from home to battle the coronavirus pandemic.

Silicon Valley startup Zoom, which specialises in remote working and video conferencing software, has been the biggest gainer since the COVID-19 outbreak.

The company's valuation has skyrocketed, and users are growing at the speed of light since the world started working from home. So much so that AdWeek recently touted it as the "King of the Quarantine Economy".

As for its place on Google Play Store, Zoom is now the top Android app in India too, surpassing usual suspects TikTok, Instagram, and even WhatsApp.

Weekly rankings on Google Play Store are based on new downloads. Zoom reached the #2 spot on March 28 before climbing to the top on March 29. From work meetings, university classes to even cabinet meetings in the United Kingdom, the entire world has been tuning in to Zoom for communication.

Today, the company is reported to have onboarded 200 million users on to the platform. This is phenomenal growth as it had only 10 million users before the coronavirus outbreak.

According to a report by Bernstein Research, Zoom has added 3.5X more monthly active users YTD than the same period of 2019 (2.22 vs. 0.64 million), so even with half the normal paid user conversion rate, this would still yield 74 percent Y-O-Y growth in paid user adds YTD.

But the startup turned out to now become a victim of its own sudden surge in user traction. Thanks to the increased attention and an overload of usage on its servers, Zoom is now facing serious security and privacy issues.

The platform was built primarily for enterprise customers that had their own IT support. These range from the world’s largest financial services companies to leading telecommunications providers, government agencies, universities, healthcare organisations, and telemedicine practices.

CEO Eric Yuan said that thousands of enterprises around the world have done exhaustive security reviews of our user, network, and data centre layers and confidently selected Zoom for complete deployment.

In a blog post, he said, "For the past several weeks, supporting this influx of users has been a tremendous undertaking and our sole focus. We have strived to provide you with uninterrupted service and the same user-friendly experience that has made Zoom the video conferencing platform of choice for enterprises around the world, while also ensuring platform safety, privacy, and security."

He further added that the team recognised that it has fallen short of the community’s and its own privacy and security expectations. The CEO said he is deeply sorry about the same.

However, this isn't a fresh phenomenon at Zoom as the video conferencing startup faced a similar outage last July. Owing to reports of hidden web servers that could potentially hijack the users' web cameras, Zoom had to issue an emergency patch to remove the same.

Apple even took a step ahead and removed the application from the App Store, though it released a silent update later after restoration.

On the current situation, the US Federal Bureau of Investigation (FBI) said,

"As large numbers of people turn to video-teleconferencing (VTC) platforms to stay connected in the wake of the COVID-19 crisis, reports of VTC hijacking (also called “Zoom-bombing”) are emerging nationwide. The FBI has received multiple reports of conferences being disrupted by pornographic and/or hate images and threatening language."