The Uttar Pradesh government has decided to completely seal off coronavirus hotspots in 15 districts to stop to the spread of the infection.

The Uttar Pradesh government on Wednesday decided to completely seal off coronavirus hotspots in 15 districts to stop to the spread of the infection, announcing curfew-like restrictions there.

The orders came as the state's coronavirus count reached 343 with 11 fresh cases being reported. The news triggered panic buying with earlier reports wrongly saying that entire districts will be sealed off.

"People were buying 10-15 packets of milk," said Khusro Ather, a resident of Noida on the outskirts of Delhi, "Some people had come along with their domestic helps to carry the large amount of stuff they were buying."

The restrictions in these pockets will be stricter than those under the lockdown already in place.

Unlike in the lockdown so far, people will not be allowed to go out to buy groceries. Officials said the administration will ensure doorstep delivery of items like vegetables and milk in these clusters.

Passes issued to allow essential movement are cancelled in these hotspots which will remain sealed up to April 15 morning, when the current three-week nationwide lockdown is scheduled to end.

In addition to the creation of these containment zones, the government said it is doubling testing for coronavirus about 1,500 tests will now be conducted in the state every day and will make wearing face covers mandatory for those moving out of their homes.

The identified hotspots include 22 clusters in Agra, 13 in Ghaziabad, 12 each in Gautam Buddh Nagar and Kanpur, seven in Meerut and four each in Varanasi, Sahanaranpur, and Maharajganj.

There are three hotspots in Shamli, Bulandshahr, Basti, and Firozabad, and one each in Bareilly and Sitapur. State capital Lucknow has eight major and four minor coronavirus clusters.

Only the hotspots will be sealed off and not the entire district, he clarified. In other areas, the lockdown will be in place as before.

The clusters were identified during a video conference with district magistrates and superintendents of police, Director General of Police Hitesh Chandra Awasthi said.

The DGP, who attended the video conference with the district officials, said they have been asked to ensure 100 percent lockdown in these clusters.

Enhanced sanitation drives, doorstep delivery, and restricting movement of people by setting up barricades will be undertaken in these areas, the DGP said.

The passes issued to people for the lockdown period are also being suspended, he said.

He said all supplies will be made at the doorstep and movement of people will be restricted, as when a curfew is imposed.

Additional Chief Secretary Awanish Awasthi said loudspeaker-fitted vehicles will be deployed to convey messages in these areas. Fire tenders will be used for sanitisation.

The directive came from Chief Minister Yogi Adityanath after a review meeting here.

Out of the 343 people testing positive for coronavirus so far in Uttar Pradesh, 187 are linked to the Tablighi Jamaat congregation in Delhi, Principal Secretary (Health) Amit Mohan Prasad said.

The congregation was held in Delhi's Nizamuddin area in March and several people who attended it later travelled to different parts of the country, carrying the virus.

So far, three people have died of COVID-19 in the state and 26 patients recovered. A woman from Shamli district is likely to be discharged from hospital soon, an official said. 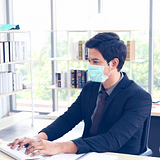