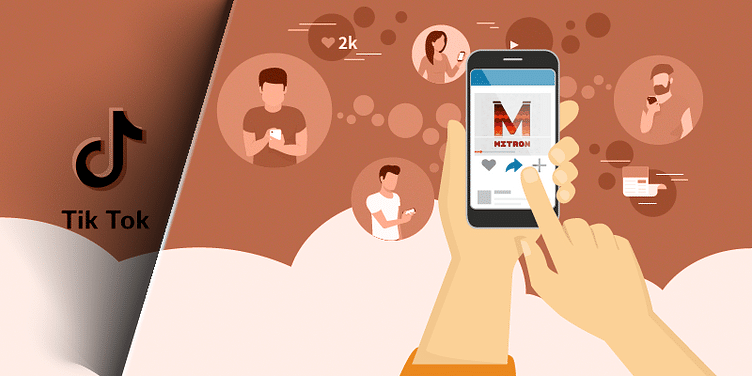 Mitron, a free short video and social platform, is being hailed as India’s answer to TikTok. The app has clocked more than five million installs within the first month of launch.

Prime Minister Narendra Modi’s Mitron call may put India on tenterhooks, but this ﻿Mitron TV﻿ aims to entertain and engage. Meaning friends in Hindi, the home-grown app - the latest entrant in the short-form video platform world - is doing astonishingly well for itself.

Said to be developed by IIT-Roorkee student Shivank Agarwal, the app – being hailed as India’s answer to TikTok - has clocked more than five million installs within the first month of launch.

At the time of writing this review, Mitron is already in the top 10 spot of the ‘Top free’ apps on Google Play, and has a rating of 4.7 stars on Google’s Play Store.

Incidentally, this surge comes at a time when TikTok’s rating has fallen to 2-point-something. If user comments are to be believed, “uninstallations” have been more than downloads for the Chinese app in the last two months.

ByteDance-owned TikTok has courted controversy for the last couple of months due to its “objectionable” content. A #BanTikTok campaign spread across social media platforms after the emergence of a video glorifying an acid attack.

The app's downloads reportedly fell by 34 percent in April and 28 percent in May. In India, its largest market, the impact has been more intense, with an anti-TikTok (and anti-China) sentiment sweeping across social media. Sensor Tower indicates that close to 90 percent Indian users have a negative view of the app. TikTok downloads almost halved between March and May across the world, coinciding with growing negativity around the platform.

The biggest gainer in all this is Mitron, a free short video and social platform that helps users showcase and view innovative videos.

The platform, currently enjoying its moment in the sun, provides an easy and seamless interface for users to create, edit, and share their videos, along with browsing through a library of top videos from across the world.

We decided to explore the home-grown app to see whether it has risen in popularity because of the anti-TikTok sentiment and its name, or is really worth trying.

At first glance, Mitron appears to be a TikTok clone. Much like TikTok and other short-form video platforms, it offers seamless TV-like browsing with interest-based content, including trending videos or trending hashtags.

According to the creator, the mission is to “create a platform where people can come and entertain themselves with small videos posted by people across the globe and at the same time create a social incentive for people to share and create their own videos”.

To create content, you can press the ‘video camera’ button in the middle of the home screen. Click the disk button on the video you are seeing to copy the audio or the effect of a particular video. You can also upload videos from your phone’s gallery.

The content takes up the entire screen, with no framing, meaning you can upload content without compromising the edges.

If you are making a fresh video on the app directly, you can pause and record. This means you don’t need to shoot your video in one go. You can add audio from the library, but the app is yet to add filters, video effects, and other editing tools. As the app is very new, the creators might be in the process of updating it with more tools.

Many users have pointed out the fact that there are numerous bugs, basic features like editing aren't supported, and adding audio is limited. We also found the app slow at some times, like while uploading the video or adding a sound.

The app also has a social media aspect like TikTok. The user profile includes metrics like followers, posts, likes, and viewers on each of your posts.

Mitron has a high rating and a lot of user reviews praising it for the primary reason that it is Indian. But numerous users have also highlighted the shortcomings.

We agree, but let us remember it is a month-old app and may be a “work-in-progress” offering at this moment. The sudden load on the app may be leading to the bugs and crashes.

In terms of potential, the app is certainly very easy to use and has a simple user interface. If the creators update it with more sophisticated technology, we see no reason why you should not give this app a shot. And, if you are following Modi’s advice of “vocal for local”, this Indian alternative to TikTok may be a good idea. Try it!