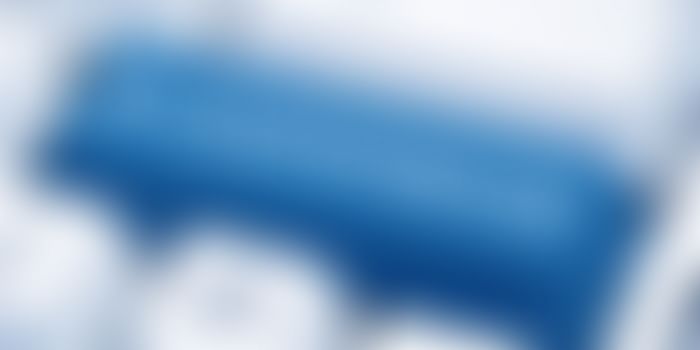 Traders' body CAIT, however, argued that ecommerce companies were misinterpreting MHA guidelines and twisting (them) in their favour to misguide the various state governments and authorities and to create unnecessary confusion.

Allowing ecommerce companies to sell all items, including non-essential items like laptops and refrigerators, in orange and green zones will provide relief to people and help millions of small and medium businesses and traders to jump-start their businesses amid the lockdown, industry executives said.

Traders' body CAIT, however, argued that ecommerce companies were misinterpreting MHA guidelines and "twisting (them) in their favour to misguide the various state governments and authorities and to create unnecessary confusion".

YourStory SMB Week: E-commerce market experts talk about how to build resilience in the business

The government has now extended the lockdown till May 17 with a ban on air travel, trains, and inter-state road transport. It, however, gave some relaxations for various business activities and people's movement within areas with limited or no COVID-19 cases. Under the latest rules, ecommerce activities in red zones are permitted only for essential goods during the third phase of lockdown.

"We welcome the government's decision to allow ecommerce in orange and green zones to serve people safely with products that they need and have not been able to access due to the lockdown. Millions of small and medium businesses and traders will now be able to jump-start their businesses and livelihoods across their workforce," an Amazon India spokesperson said.

The spokesperson said the company will focus on maintaining the "sanctity of the new guidelines around the red zones".

The company urged the government to consider the positive role ecommerce can play to get customers all priority products they need in the red zones as well, enabling a stronger economic support for the small businesses while prioritising safety.

"It is unfortunate the ecommerce companies have become habitual offenders in misinterpreting MHA guidelines and twisting it in their favour to misguide the various state governments and authorities and to create unnecessary confusion," the Confederation of All India Traders Secretary General Praveen Khandelwal said.

He added that while it is quite clear that ecommerce will be allowed to operate in red zones for essential goods, there is no mention of allowing ecommerce to deliver non-essentials in orange or green zones.

"Therefore, the sinister campaign of certain ecommerce companies for allowing them to deal in non-essential commodities is ill-founded and not withstand with the guidelines of MHA. The intention of the government is very clear to allow ecommerce to deliver essential goods only and nowhere in the guidelines, there is any provision which allows them to deliver non-essential commodities in other zones," he said.

The latest rules allow all standalone shops, neighbourhood shops, and shops in residential complexes to remain open in urban areas, without any distinction of essential and non-essential.

All major urban centres, including Delhi and Mumbai, have been identified as 'red zones' or areas with large numbers of cases and, therefore, not much relaxations would be applicable to them beyond already permitted ones for those involved in essential services.

Under the first phase of the nationwide lockdown between March 24 and April 14, the government had only allowed delivery of essential goods through e-commerce platforms. On April 16, the Ministry of Home Affairs issued fresh guidelines for the current lockdown, allowing ecommerce deliveries and movement of trucks, followed by some states such as Maharashtra, Odisha, and Rajasthan also issuing similar notifications.

However, on April 19, the home ministry issued an order saying the following clause -- "Ecommerce companies. Vehicles used by ecommerce operators will be allowed to ply with necessary permissions" -- is excluded from the guidelines issued. This meant that online commerce companies could only deliver essential items.

Ecommerce companies as well as industry bodies like Nasscom and IAMAI had been requesting the government to expand the list of essential items.

He said customers have been eagerly waiting for some relief in lockdown guidelines to buy products like air conditioners, refrigerators and even summer clothing. People are also keen on purchasing items like laptops, mobile phones, computer hardware and stationery to continue work and study from home.

"This move will give a major relief to citizens... Paytm Mall's offline merchant and shopkeeper base will now be able to get back to running their businesses and safely sell to their customers maintaining all lockdown and social distancing norms," Mothey said.

A Snapdeal spokesperson said the announcement by the home ministry paves the way for a "calibrated" resumption of various economic activities, including ecommerce, in various parts of the country.

"This will help start a gradual process of economic recovery by enabling lakhs of sellers and MSMEs to cater to the demand of users through online and offline channels. At ﻿Snapdeal﻿, we are ready and committed to play our role in enabling India to exit this lockdown safely and efficiently," the spokesperson said.

Earlier in the day, the Union health ministry listed 130 districts in the country in red zone, 284 in orange zone and 319 in green zone.

This classification of districts is to be followed by states and Union territories till May 10 and then will be revised on a weekly basis or earlier if required. Major cities like Mumbai, Delhi, Kolkata, Hyderabad, Pune, Bengaluru, and Ahmedabad have been designated as red zones in the new classification.

Districts that are neither defined as a red or green zone, would be considered as an orange zone.