Why Design Thinking is more relevant in the current scenario 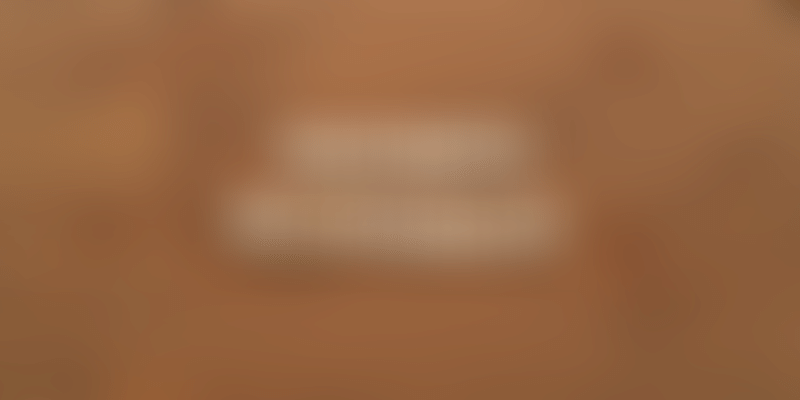 A look at reasons behind why this is the right time for a radical shift in your thinking by adopting a design thinking approach.

Design thinking is a human-centered, systematic approach to solving problems. From its roots in industrial and product design & architecture, design has now become a set of approaches amicable to solve any problem elegantly. In design thinking, the emphasis is on thinking and doing, and not just designing.

The outcome may be a product, or a process, or a service, but more significantly — an experience, which is not just at the level of a company-customer interface, but also for the entire business ecosystem.

As IDEO’s Tom Kelley likes to put it, design thinking is “an approach that involves applying the creative tools and mindset that designers have used for decades to new challenges going well beyond what has traditionally been thought of as design.” Apart from IDEO, the Stanford d.School and MIT Media Labs have been instrumental in bringing design thinking to prominence, as visible by numerous online courses and real-world applications.

In this article, I identify five key reasons that has led to a widespread awareness and adoption of design thinking.

Products and services have blurred into experiences

Whether you are buying a product or hiring a service, you are consuming an experience, and in this experience economy, a lot more of your senses are involved. Traditional products have become more like services, and services have become experiences.

In today’s marketplace, customers are shifting from passive consumption to active participation. Memorable experiences are not scripted by leaders or marketing departments, but are delivered at the moment of truth by the frontline staff. And such experiences must be crafted and delivered with the same precision as the product.

Do you wonder why people spend such huge amounts to attend TED Talks, when all of these are available for free on the Internet? In the case of TED, it is not just money that you need to get in, and yet people want to “experience” being in the company of thinkers and doers and get inspired first-hand.

That is the same reason that scores of Indians queue up every summer to watch IPL matches. Many of them travel across cities, stand in lines for well over four hours, often in scorching heat, while they could have watched their favourite players at the comfort of their living rooms. They seek genuine experiences and they are ready to pay anything, risk anything to seek that involvement.

Products, services, and experiences have become part of a complex system where there is a simultaneous pursuit of differentiation at the front-end and standardisation at the back-end. It is out of tune to think of any problem as being purely a constraint in science or technology, which was, incidentally, the fundamental premise of the Russian TRIZ.

Every problem would have an element of usability, and not just functionality, or aesthetics. Much on the lines of what Steve Jobs professed, “Design is not just what it looks like and feels like. Design is how it works.” With a focus on how humans interact with a solution, be a goods or a service, design thinking gets to prominence.

While design was mostly about solving specific problems, design thinking elevates the discussion to the systems level where one needs to understand how different problems interact with each other to shape experiences.

Take the example of the two-wheelers market in India. For a long time, the dominant parameter of interest and, hence, competitive differentiation, was mileage. The likes of Hero Honda, Bajaj and TVS Motor Company, were in an arms race to offer better mileage and styling for their bikes. And then in 2001, came in Honda Activa, a two-wheeler that threw the caution of mileage to the wind and offered an entirely new parameter of interest: convenience.

All companies are fast becoming B2C

A critical trend is the morphing of B2B (business to business) industries into B2C (business to consumer). There is a growing realisation that all industries, regardless of their traditional affiliations, must think in terms of the end-consumers and end-users of their products and services.

On these lines, Harvard’s Clayton Christensen proposes that the customers hire you to get a job done. This hiring does not distinguish between a B2B company and a B2C company, and that the “job to be done” must be everybody’s prerogative. This kind of an approach calls for adopting a vocabulary laden with emotions, and not just logic, where an emotionally charged language is not considered as thin, silly, or biased.

The pervasive computation, communication and general-purpose artificial intelligence results in a lot more of human interactions to shift away from people-to-people to people-to-machine-to-people. As CXOs realise, often to their dismay, digitisation is not a natural extension of the analog world.

Squeezing in a machine between erstwhile human-to-human interactions necessitates paying close attention to the issues of trust, reliability, privacy, convenience, and economics.

Digitisation of both customer interactions and employee engagements require deep levels of empathy and intuition, traits that are not a natural extension of how problems are typically solved in the corporate milieu.

Take the instance of Paytm. One of the main breakthroughs in the journey of the massive and rapid adoption of digital payments was the Paytm QR Code. Introduced in October 2015, the Quick Response Code is a frugal adaptation of an existing technology to a novel context, whereby a user does not have to key in a ten-digit mobile phone number while making a payment. This takes away the labour, the associated errors, and it soon gets into people’s habits. All other players had to eventually adopt the QR-code based payment systems.

How digitization is creating a larger-than-life experience for consumers

The tools of experimentation are getting widespread

With knowledge comes the courage to experiment, for now the fear of the unknown is replaced by the excitement of exploration. As Peter Thiel likes to put it, “Brilliant thinking is rare, but courage is in even shorter supply than genius.” Remember the power the printing press offered to people at the time of Gutenberg, or what Google is doing today with its Google Maps and Search. That too, for free. A mass adoption of these tools of creation and experimentation changes everything. They almost become the General Purpose Technologies, much like the steam engine or the electricity.

The MIT OpenCourseWare, which started in 2001, had over 2,400 courses and 285 million visitors by August 2019. Another prominent platform, Coursera, boasts of over 40 million learners, 190 university partnerships, and 14+ degree programs, in just eight years from its commencement.

Several of these courses are offered by working professionals who would otherwise miss out on a large audience benefiting from their knowledge and skills. Such mechanisms are almost assuming the size of universities, without the physical setup and other formalities. There are concerns regarding monitoring progress, evaluation, and personalisation, but with enough AI pumped-in, these are solvable problems.

If you have not embraced design thinking yet, I invite you to. The times cannot be better suited for a radical shift in your thinking. Remember, for systems level challenges, we need systems level thinking as much as we need non-linear thinking for non-linear growth.