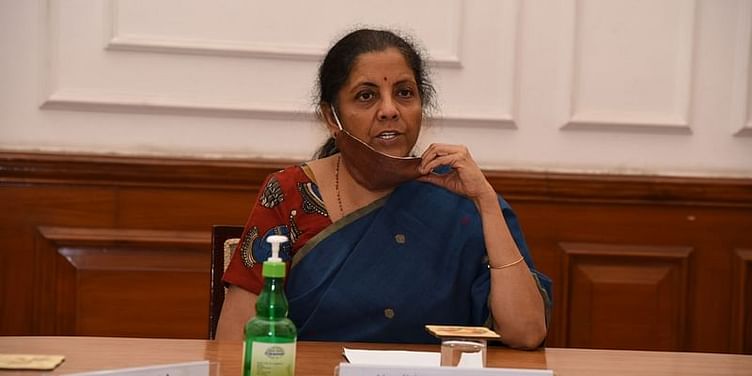 In the final tranche of Rs 20 lakh crore economic package, the government has focussed on both social and business challenges by allocating higher funds as well as reforms in regulation

The Centre on Sunday announced its fifth and final tranche of the Rs 20 lakh crore economic package to combat the impact of coronavirus announced by Prime Minister Narendra Modi, with a focus on social and business aspects along with plans for numerous reforms.

For now, the roadmap has been laid out by the government, which includes a combination of higher allocation for various sectors, improving the ease of doing business, and certain reforms that allows for the entry of private sector into areas which hitherto was the domain of public sector units.

On the various measures announced by the government, Union Finance Minister Nirmala Sitharaman said, “India is going to be strong enough to meet the global challenges.”

According to the finance minister, the economic package has addressed the four key elements of revival: land, labour, liquidity, and law.

Insolvency and Bankruptcy Code (IBC): As a relief to the businesses impacted due to the coronavirus, the government has decided that debts related to Covid-19 shall be excluded from default under IBC.

The finance minister said no fresh insolvency procedure will be initiated for a period of one year.

For the MSMEs, a special insolvency framework will be notified, where the minimum threshold to initiate the proceedings will be raised from Rs one lakh to Rs one crore.

Decriminalisation of Companies Act: The government has decided to decriminalise various sections of the Companies Act, and this is expected to reduce the number of legal disputes.

Ease of doing business: The government has decided that it will help companies to directly list its securities in foreign jurisdictions, but no further details were provided. Also, the listing of non-convertible debentures will not automatically mean that the companies will become public firms.

Reforms in public sector: The finance minister said as part of their strategy to create self-reliant India, more sectors will be opened for participation by private companies.

The government will come out with a policy to define the areas which will be open for the private sector, and will also open those which were exclusively in the domain of public enterprises.

However, the finance minister said that in the strategic areas, there will only be the participation of the public sector units. There is also going to be further rationalisation on the number of PSUs.

MGNREGA: The government has decided to allocate additional Rs 40,000 crore for the rural employment programme from the existing Rs 60,000 crore, which was provided during the budget announcement. According to the finance minister, this will help in providing rural employment, especially in the forthcoming monsoon season.

Health and education: The finance minister announced that public expenditure on health will be increased, especially at the grassroot level. This will include ramping up public health laboratories at all taluks and all districts will have a separate block for infectious diseases.

She also said there will also be a strong emphasis on creation of public and private hospitals.

The government also plans to create a digital platform, which will enable school children to access online teaching and it will also include the use of community radio, podcast, and special content for visually challenged and hearing impaired people.

The finance minister said that top 100 universities in the country will be automatically allowed to start online classes, and systems will be created to provide psychological counselling to students impacted by the coronavirus lockdown.

State government finances: Given the decline in revenue due to the coronavirus, the state governments have been in a weak financial position, and with the aim to provide support, the Centre has decided to hike their borrowing capacity.

According to the finance minister, the cap on borrowing limit by State governments has increased from 3 to 5 percent. This is expected to make available Rs 4.28 lakh crore.