Can the Realme Band make a mark in the budget fitness tracker market? 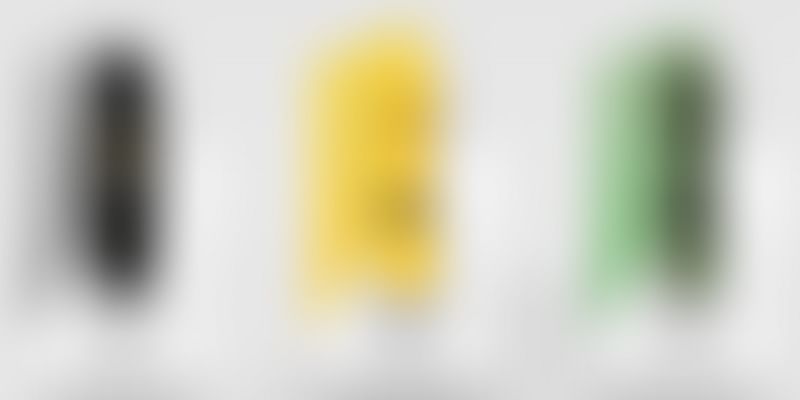 Priced at Rs 1,499, the Realme Band is eyeing India’s basic fitness wearables market. But does the fitness tracker have what it takes to defeat tried, tested, and popular offerings?

The increasing focus on health and wellness has contributed to the popularity of fitness bands and trackers worldwide. The segment continues to see growth, with basic wearables accounting for over 85 percent of the total number of shipments in India.

Keen to grab a share of this market is Chinese smartphone manufacturer Realme with its Realme Band, a direct competitor to rival Xiaomi’s extremely popular Mi Band 4.

Realme has been steadily climbing up the ladder in the Indian smartphone market. The latest Canalys report says the company’s shipments grew to 3.9 million in Q1 2020.

However, the ride hasn’t been so smooth on the accessories front. The company got off to a bumpy start with the Realme Buds Air, a pair of truly wireless earbuds that aped the Apple’s Airpods design and retailed at less than one-third of that price.

Needless to say, the product didn’t entice a market that wants performance and aesthetics. So, can the Realme Band do what the Buds Air couldn’t? Does the fitness tracker, priced at 1,499, have what it takes to defeat a tried-and-tested product like the Mi Band 4? Let’s find out.

A fitness tracker that lets you take calls and listen to music? That’s Mumbai-based Soulfit’s USP

Coming in at just 20 gm, the Realme Band is one of the lightest fitness trackers available. It’s barely noticeable on a day-to-day basis – even if you wear it to bed. The design is simple, with silicone straps and a 0.96-inch colour LCD screen. A bit of customisation is possible by swapping out watch faces.

The screen has two main problems: viewing angles and sunlight legibility. It is near impossible to check how many steps you have completed if you’re out for a walk or run on a sunny day.

The display itself doesn’t have much information. You can tap the capacitive button below the display to cycle between heart rate, three fitness activities (running, yoga, and cricket), and the weather. Just long-press the button to check any of them.

The straps come apart, revealing the USB charging port. That’s the only upside here as it does away with the need for a charging cable.

The band takes about an hour to fully charge and can go about six days on a single charge. That’s on the low side compared to the Mi Band 4, but the Realme Band is cheaper after all.

Fitness tracking: Neither good nor bad

What the Realme Band is missing is accuracy, something that is crucial to step tracking. At times, the tracker only kicked in after the completion of 100 steps or so. It also lacks a gyroscope, relying completely on the accelerometer. This means that the tracker is good enough for step tracking, not much else.

Once the step tracker kicked in, it was fairly reliable. I tested it against the Samsung Galaxy Watch, and while it was a couple of hundred steps off, it managed to stay within a satisfactory range as to not throw off the results.

The band allows for various activity modes, including cricket, yoga, run, walk, bike, hiking, fitness, climbing, and spinning - three of these can be stored at one time.

The only data furnished beyond the steps/distance travelled is calorie burn. That’s a major disappointment as one can’t learn much about fitness levels from just that.

The heart rate monitor was woefully inaccurate. The band takes a heart rate measurement every five minutes. Many times, I could feel my heartbeat racing faster than what the band was telling me; at others, the opposite happened.

Finally, let’s talk about sleep tracking. While this wasn’t 100 percent accurate, compared to the Fitbit Ionic or Galaxy Watch, it was only slightly off. The lightweight nature of the bands means there is hardly any discomfort when sleeping.

There were minor connectivity issues while getting started. One must download the Realme Link app first. Both screens must be on to pair the band with the smartphone, or else it will not be recognised.

After that, the process was fairly seamless. From changing watch faces (very limited choices) to updating the weather, there were no issues with syncing to the band.

The Realme Band is NOT a smartwatch

The Realme Band does have “smartwatch” features but that doesn’t mean that it is a smartwatch. Far from it.

Should you buy it?

While the Realme Band is a good first attempt for the company, it’s not what a person serious about fitness should opt for.

If you’re looking for a budget fitness tracker, look no further than the Mi Band 4 (priced at Rs 1,999). If notifications are a priority, then you’ll have to spend a lot more and get something like the Huami Amazfit Bip or Huami Amazfit GTS.

All in all, the Realme Band is a good first-generation device, but lags the competition significantly.