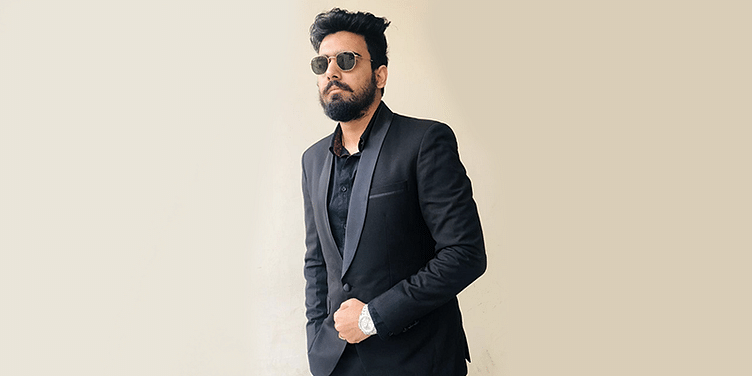 Marshal was just 17 years old when he got his first remuneration cheque. But it was not in his name, but that of his father’s, simply because he was yet not eligible for opening a bank account. By the time he turned 18, Marshal transformed his budding interest in Search Engine Optimisation (SEO) to a career in web-related services, focussed on managing dedicated data servers.

One of his earliest ventures was Retrack Media, a platform to generate mobile advertisements. However, at the time the number of mobile phone users in India was limited and so the business could not take off. Despite this, Marshal says, “That business taught me some really sound marketing tricks, which I continue to implement to this day.” Through Retrack Media, Marshal switched to Bull18 and now PiracyCop.

While PiracyCop provides anti-piracy solutions to different companies, Bull18 looks after website & content management, marketing strategies, SEO and a myriad of other digital solutions. Marshal decided on naming his company Bull18 after Dwayne ‘The Rock’ Johnson and his famous Bull tattoo.. Based in Ludhiana, today Bull18 is a successful digital marketing company providing website development, digital content management & distribution as well as online marketing, brand building to artists, record labels, production houses, etc. It also offers tools to help its clients promote their craft and connect with the audience.

After finishing High School, Marshal wanted to pursue aerospace engineering. However, his father’s business failed around the same time, leaving the family in a financial crunch. With no help coming in from extended family either, Marshal could not afford admission for aerospace engineering and instead joined a correspondence course in BCA so that he could work alongside studying to support his family.

Marshal burnt the midnight oil to finally complete his graduate degree and even completed his masters in computer application. Moreover, he also holds certifications from CISCO and Microsoft in Network Engineering, especially in the security field. He is also certified in Data Science. In fact, after studying for several courses in networking security, Marshal declined a job offer worth $50,000 from a famous Washington-based networking security company as he wanted to work for himself. This zeal to do his own thing and earn money in life stemmed from his father’s failed business experiment.

Before jump-starting his entrepreneurial journey, Marshal gained an in-depth understanding of digital marketing. Today, with offices in several states of India, Marshal is working with renowned artists like Jazzy B, Guru Randhawa, Babbu Maan, etc through Bull18.

With his sagacious moves and untiring efforts in the world of internet and networking, Marshal began gripping the entertainment industry. Armed with the knowledge that the analogue entertainment market is eventually going to switch to digital format, his ideas have been working very well. He is already ruling the market with his legion of singers and eminent companies.

There are two reasons behind what pushed Marshal to take a plunge into digital marketing entrepreneurship. One is the situation arising after his father’s business tanked. Marshal learned the value of networking around that time. And the second source of inspiration was Ricky Dogra, who left his cushy government job and went into content writing, where he excelled. After he made the switch, Dogra started drawing big earnings while working from the comfort of his home. Dogra’s experience showed Mardhal the path of making the best use of the internet to support his education and family as well.

When Marshal came across a news item predicting that by 2020, 73 percent of the world population would become mobile subscribers, who will be spending an average of 5 years of their lives surfing through social media, he saw a great potential. One of those forecasts also claimed that currently, an average person spends 25 minutes each on Instagram and Whatsapp, 40 minutes on YouTube and 35 minutes on Facebook. This emboldened him to dig in and create a remarkable company for the future.

His vision is to generate three to five lakh jobs through his company and contribute to the economic revival of the country, especially in the post-COVID 19 scenario.

By fighting odd situations and rising up to this position at which he is today, Marshal is a source of inspiration to the youth.