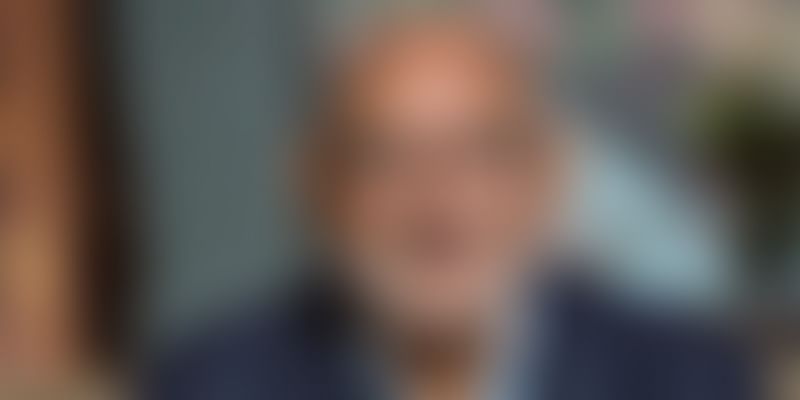 In an exclusive interaction, Parag Saxena, also the Founder of NSR Partners and Vedanta Capital, explains why entrepreneurs must keep up with change, and never cease to dream in order to succeed.

Sixty-five-year-old Parag Saxena’s name is not unknown in the global business circle. The iconic private equity investor, and the Managing Partner and Founder of New Silk Route Partners, has often been called in to advise former Prime Minister Manmohan Singh, as well as the current PM Narendra Modi. Through his venture capital firms, he has invested in companies like Costco and Starbucks in the US, and Coffee Day Enterprises and PNB Housing Finance in India.

A 1977 graduate from IIT-Bombay, Parag went on to pursue a Masters in Chemical Engineering from the West Virginia College of Graduate Studies, and later, an MBA from the Wharton School, in the US.

He started his career with CitiCorp as one of its early employees in its new investment arm. As a young 28-year-old in 1983, he went on to raise his first fund of $13 million for CitiCorp’s fund– CitiCare.

He believes that the Indian government should encourage entrepreneurs to build companies that can hire a thousand people per company.

To date, his fund has invested over $1 billion in 15 companies in India. Moreover, Parag personally believes that the country has a huge edge in technology.

In an exclusive interview with YourStory, Parag, who was with Venk Krishnan, Founder of NuVentures, explains why the Indian government should help the investment community to make entrepreneurship a success in the country, and his investments in Starbucks and Café Coffee Day.

YourStory [YS]: At YourStory, we believe entrepreneurship is about ideas, but you believe luck and chance play a role. Why?

Parag Saxena[PS]: You cannot eliminate ‘chance’ in life. It’s like a good Blackjack player, where you can improve the odds by counting the cards and increase your bet when the cards are in your favour. The odds are always in favour of the casino. Life, too, is similar where chance and circumstance play a role in your decision making. However, as entrepreneurs, you can be better prepared to handle those chances and crises that come before you.

For example, in the bust of 1987 when stocks collapsed, the market dropped 22 percent. It was a great lesson at the time for me because it taught me not to borrow during a crisis. Borrowing during a crisis creates deep catastrophes because there is no way you can pay the debt back. People think bad things won’t happen, but life is cyclical, and we will encounter big events that impact our lives. The crash of 1987 prepared me for the crash of 1999, and the crash of 2008. It also prepared me for the crash of this year, thanks to the COVID-19 pandemic.

I think living through something is the greatest experience. Living through the 1987 crisis, and knowing how grim it got, taught me to look at the brighter side of an economic recovery. The important lesson is to learn and believe that you will recover from these things. When an entrepreneur shows you projections, s/he is never going to achieve it. Similarly, the crisis brings you experience and teaches you to never expect a straight line. I learned this early on in my life. However, entrepreneurs need to dream and create new things.

YS: How do you find the right ideas to invest in?

PS: Just because some say your idea is not a good idea, it does not mean that it will not work. Entrepreneurs must realise that they need to go ahead and learn about the market that they are operating in before taking it to investors.

While a software engineer understands how to build the software, he does not understand the market uncertainty. The problem is that entrepreneurs do not know the competitive business market. Always ask yourself whether your product or idea is going to eat somebody’s lunch, or is it going to have an impact on the market. These are some hard questions that young people have to stop and think before they become entrepreneurs. I have made several mistakes in my life, but I learn from them.

I will give you an example of Genentech’s Bob Swanson; he is in the history books of generics. He had a great idea and wanted additional investment for his biotechnology company. In the early 80s when I met him, in our conversation I realised he was a banker, and I walked away from the meeting, thinking what is this guy going to know that I don’t. I thought of him as a dreamer and did not give him money since he did not belong to the biotech background. It was a big mistake from my part because he built one of the most popular companies, which was sold for $100 billion. Genentech became an important business for Roche, and was the greatest biotech company at the time.

I learned from my mistake where I realised that when there are completely new businesses like Facebook or Google, it is not important to look at the experience of an entrepreneur, but at the vision, and one need not be from that domain.

A banker, Bob Swanson, recognised what he could do with the science of gene splicing. Smart entrepreneurs pick a vision and use technology to exploit it. Bob had pioneered this idea where every Friday afternoon they used to have beer parties, where time was provided to people to unleash their creativity, discuss ideas, and think of new products. He was a pioneer in medicine, and the medical fraternity still uses so many of the products he created, even to this day.

YS: How did you manage to understand a potential company in those days?

PS: I remember when I first met Bob, I had to go to several references to find out about him, as there was no Google in those days. Now, you can Google a person to find out details about them. But back then, you could only do that through personal sources.

I had to work very hard, but I was focussed on my subject – health and telecommunications. I would spend a lot of time with people who knew those businesses to become a better investor. When you meet people that you want to work with, you need to read up on them, and it is important to know them through others.

YS: You have invested in India, and yet, you believe India has some way to go. You say Indians need to be at work for the joy of learning and executing an idea. Why?

PS: Our investment model in India was different than the USA. In 2006, when we looked at India, the country needed infrastructure, education. But, I also realised that in India, we need good people to get work done, which is a very difficult quality to find. In India, the issue is we do not have enough qualified people to execute work. You need great salespeople and CEOs to sell the product and scale them up, and that is in shortage. These people are hard to come by.

Even today, the conversation in India is always about money, and not on how one can scale the platform and tell us where they can take it for you. It does not matter if it is an entry-level job or a senior job, you should be able to showcase learning and experience.

Unfortunately, it is always about money first, which should only be the consequence of what you can do for the company. You should ask yourself whether you are going to make an impact on the company. Today, the conversation in India is about salary — people jump from one place to another for money.

Let me give you an example of a person who worked with us to turn around PNB Housing Finance, and why it was very important to have such people with you. When we ran Punjab National Bank Housing Finance, we invested $140 million and took over 49 percent of the company. We increased its asset base 32X and dropped NPAs to zero percent, resulting in the company’s profitability to jump. When it was listed on stock exchanges, the value of the subsidiary was more than the parent company, and now it’s a billion-dollar valued company.

Sanjaya Gupta, who ran this company, is a fabulous individual. As the then Managing Director, he understood that in India, there is a big desire to own a house, and a high level of honesty from people to repay the loan and own the house. He saw this as a huge opportunity, and the rest is history. That’s why I keep saying to Indian entrepreneurs that they have to solve problems, and that is a bigger satisfying thing. I do not believe one must build for valuation and look to work in great companies. However, they should learn to do things at scale. I have invested in Starbucks and Costco, which are some of the examples of companies that scaled. This is where Indian entrepreneurs have to focus on and handle change.

The three drivers of change are technology, legislation, and consumer behaviour. Consumer behaviour takes time to change, except in circumstances like COVID-19. However, legislation and technology make dramatic changes, and can change things faster. And, entrepreneurs should focus on these areas.

YS: What was the thesis behind investing in Starbucks and Coffee Day?

PS: In 1987, Starbucks was a Seattle-based brand. The thesis was– will there be a growth in coffee brands? I was analysing whether this brand from the State of Washington could go and change the coffee drinking habits of other American states. You have to remember that coffee across America was not very good.

Espresso was not drunk in other parts of the USA at the time; Cappuccinos were also very badly made. Only Starbucks focussed on making good coffee. When we looked at Starbucks Coffee, we were wondering whether they can compete with the badly made coffee in other regions, which cost only 40 cents, and whether people would pay $2 for a cup of well-made coffee from Starbucks.

Former CEO of Starbucks Howard Schultz believed it was a small business as it could not go beyond 20 or 30 stores. Before we invested in them, the company’s first three stores in Chicago failed to make an impact, and that made Howard reluctant to expand outside of the Pacific Northwest. He did not want to take a venture capital firm’s money. But, we showed Howard another Seattle company called Costco as a reference where we had invested. He checked with them and took our capital, and the rest, as they say, is history. Earlier, people used to go to France to experience the café culture, and now Starbucks brought the café culture to Americans. It changed consumer behaviour. We invested in Starbucks in 1989, and it went public in 1991.

Similarly, VG Siddhartha in Bengaluru was fascinated with Starbucks, and he wanted me to see his only store on Brigade Road, in the mid-90s. I met him through his stockbroking business and a mutual friend. I remember people flocked to the Brigade Road store to surf the internet and sip coffee. We talked about this coffee idea, and many years later when Coffee Day was growing, we invested in it through New Silk Route. Siddhartha created a powerful brand name in India, and I hope the company succeeds in the future.