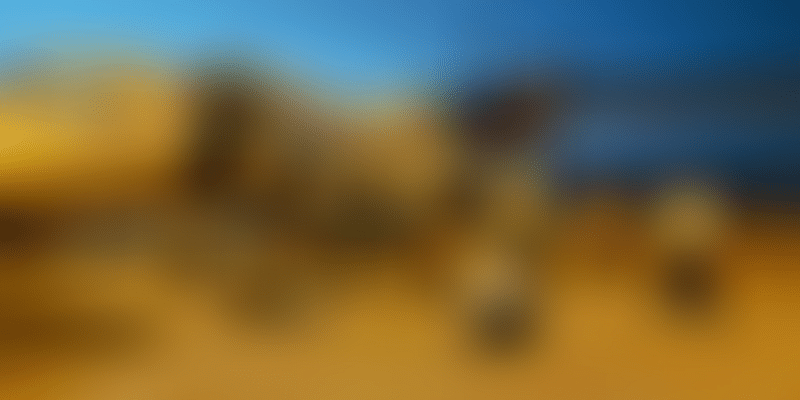 Usha Padhee, Joint Secretary of Ministry of Civil Aviation, on how Lifeline Udan is delivering essentials to remote parts of India amidst COVID-19.

The number of coronavirus cases may be higher in the cities in India, but the rural and remote areas of the country have not been immune to the impact of the pandemic.

On March 24, when Prime Minister Narendra Modi announced a nationwide lockdown to curb the spread of COVID-19, the supply chain was bound to be affected.

Foreseeing a difficult situation ahead, on March 26, the Ministry of Civil Aviation launched ‘Lifeline Udan’, an initiative to ensure a steady supply of essentials to even the most remote parts of India.

As of May 26, 579 flights — operated by Air India, Alliance Air, Indian Air Force, and private carriers — transported cargo of around 926 tonnes across the country. Additionally, Pawan Hans Limited helicopters transported critical medical cargo and patients, carrying 2.88 tonnes of cargo to Jammu and Kashmir, Ladakh, and the North East region.

In her first media interaction since the launch of the initiative, Usha Padhee, Joint Secretary of the Ministry of Civil Aviation and the head of Lifeline Udan, talks to Shradha Sharma, Founder and CEO of YourStory, shedding light on the initiative’s operations, goals, and more. Usha Padhee is also the first woman Chairperson and Managing Director (CMD) of Pawan Hans Limited.

Once the lockdown was announced, the Ministry realised that since flights would no longer be operational, the movement of medical essentials would be hampered. This could affect the work being done by research centres like ICMR, trying to find solutions to fight COVID-19.

“We have stabilised the entire cargo operations and it is quite streamlined now... But when we started around six weeks ago, the regents and enzymes were only coming from Pune,” says Usha.

At present, there are plenty of labs, which have been established by utilising Lifeline Udan.

She says that the initiative has successfully shifted a lot of material, stored them, and created depots in different parts of the country, making the movement easier.

“When we started, it was a lot of movement from major cities like Delhi and Mumbai to either North East or even to Port Blair, and to the southern part of the country,” adds Usha.

These cargoes did not just include enzymes or medicine kits and test kits, but also ventilators, goggles, gloves, and even PPE kits — everything which was there in Delhi or being imported.

“Initially, everything was coming from outside [the country]. Subsequently, we have created that capacity within the country,” she says.

Lifeline Udan has played a major role in creating this capacity as well. The Ministry realised the requirements on-ground, and that cargo was the only way to transport, as even roads were not open.

The initiative began with flights from Air India and Alliance Air, which are the domestic operators under the aegis of the Ministry. Later, the Indian Air Force also came on board.

“Within three days, the entire core team was in place and we started having regular meetings in what we call a ‘war room’... We started calling it Chintan in the morning, Manthan in the evening. Chintan is where we review what has been happening on that day, and Manthan is what will happen for the next day,” explains Usha.

The website was also operational within the same time. The project did not start as Lifeline Udan, she says. In fact, the name was suggested during these ‘war room’ discussions, based on the UDAN scheme, which focusses purely on the regional connectivity of India.

UDAN, or “Ude Desh ka Aam Nagrik”, has become the brand name for the Ministry as a flagship programme. Usha says, Lifeline Udan is “giving wings to the requirement of the people.”

While Lifeline Udan started by delivering only medical cargo, it subsequently moved to other requirements, including medical equipment, testing machinery, and even medicines for NGOs that couldn’t afford to get them transported themselves.

In fact, the flights under the initiative also helped essential workers — like technicians, doctors, and medical experts, who have to reach laboratories in remote areas of Northeast India.

Not a risk-free avenue

“It is such an overwhelming experience that anybody whom we called for help or association or support, whole-heartedly came forward and involved themselves, and contributed to this team,” she says.

However, it hasn’t been a smooth ride. Some of the frontline warriors who have been involved in Lifeline Udan have been affected because of the continuous exposure, especially the medical fraternity.

“We have taken all the precaution and all the necessary protocols, which need to be maintained — from full-body suits to maintaining cleanliness, disinfection of aircraft every time, the minimum maintenance,” she adds.