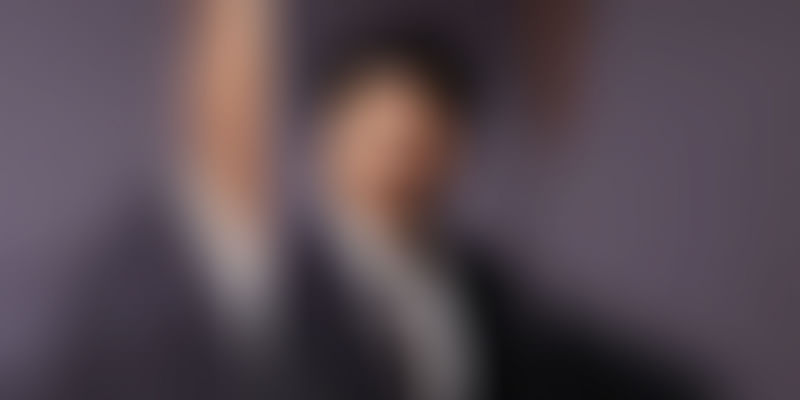 OTT apps may have proliferated in India in the last couple of years, but video-streaming remains largely a metro phenomenon. However, the coronavirus-led lockdown is changing the way India's entertainment industry operates, with OTTs benefiting the most.

Film producers have made their peace with OTT platforms for direct-to-digital releases, with Amazon Prime Video announcing that it had acquired the rights for seven Indian films, including Amitabh Bachchan and Ayushmann Khurrana starrer Gulabo Sitabo.

The lockdown has also led to a growth in OTT subscriptions. ZEE5 claims to have recorded an 80 percent growth in subscription and a 92 percent surge in movie-streaming within the first month of the lockdown.

In April, Eros Now merged with Hollywood studio STX Entertainment to create Eros STX Global Corporation, which will trade publicly on the NYSE.

There also is an increased financial scale with over $600 million in pro forma revenue for calendar 2019 and over $300 million of highly-predictable aggregated future revenue from STX Entertainment films already released through 2019. Eros Now is bullishly looking at expanding its OTT and content play.

Pradeep Dwivedi, CEO, Eros International Media Limited, in a conversation with YourStory, talks about the new merger and the movie studio’s overall strategy and OTT platform play. Pradeep has close to two decades of sales and marketing experience and core experience in the media and entertainment space.

YourStory (YS): Give us insight into Eros Now’s background. What are you doing to set yourself apart in a crowded market?

Pradeep Dwivedi (PD): Eros is a large movie studio that is over 40 years old. We have done several movies like Baji Rao Mastani, Vicky Donor, Hum Dil De Chuke Sanam, and many others. So, we took that experience and built a go-to movie destination platform: our OTT platform Eros Now.

We have opened up our operations in different parts of the globe and have over 188 million subscribers worldwide. Eros Now has 27 million paid subscribers. For Apple TV, the cost is Rs 399 per annum; for other devices, it is Rs 99 per quarter. Our most popular plan is that for Rs 99 per quarter, which comes with a free YouTube Music subscription.

We also have a Freecharge partnership; all their customers get 25 percent off the annual plan. Another partnership is with Visa; they get up to 50 percent discount on the annual subscription fees.

There is a heightened engagement of audiences due to the coronavirus lockdown, and we are launching many new formats to keep people engaged. We are one of the largest distributors of Hindi cinema content worldwide, and are now looking at a larger global play.

YS: Tell us about the core strategy behind the merger with STX Entertainment. What are you looking at building?

PD: Our strategy was to create a global business, which combined Hollywood and Bollywood content. In April, we had a merger with STX Entertainment, one of Hollywood’s fastest-growing independent media companies.

This merger gives us the unique resources and capability to develop, produce, and distribute premium Bollywood and Hollywood content at scale and across platforms. We will also be looking to leverage unique strategic and distribution partnerships globally with the likes of Apple, Amazon, Microsoft, NBCUniversal, and Google/YouTube.

This merger not only optimises costs, but lets us create a new kind of cinema and content for a diversified audience. We are looking to create stories that have a global appeal, irrespective of language. There is an appreciation for human stories that are told well; that is what we are looking at.

As far as the OTT platform is concerned, we already have a premium subscription offering. Eros Now Prime offers premium English content, in partnership with the likes of NBCUniversal, Comcast, and others, along with original content.

The Eros Now subscription works as a regular freemium model, Eros Now Prime is for the top of the pyramid, and we are also looking to launch an advertising-led model for mass content. The core idea is to have different forms of content available for all.

YS: How are you ensuring content differentiation? What are the challenges in that?

PD: Original content is one of the big cornerstones of our strategy, and we have the advantage and experience of having a strong, dedicated movie studio. We have access to the best acting, direction, scriptwriting, and talent in movie making.

With the STX Entertainment merger, we have $600 million in cash that we can use for content making and strategy. We also have experience doing original content, with stories like Smoke and Metro Park. We are looking at storylines that have strong audience appeal. A large part of our audience is NRI, so we are considering them and their choices.

We are also working on a strong regional content play, in the form of content creation, cutting, dubbing, and production.

If there are startups building good storylines, content strategies, and plans, it would be great if they can reach out us. We have a fund and resources for new content writers and startups working in content.

We also have a Microsoft partnership, through which we are building a new AI-enabled OTT platform, the first of its kind in the world. It is an exclusive partnership, and will lead to new technology creation.

YS: There are umpteen OTT platforms now, with their own strengths. Why would a consumer choose you?

PD: There are a large number of OTT platforms, but one needs to look at the different segments that they cater to. For instance, Netflix falls under the high-cost, high-premium segment, with a focus on English and Hollywood content. With Amazon Prime, the video play is a pull from the audience of the main ecommerce website. Its subscription covers pricing and ecommerce delivery.

Others have content-led plays; a few have advertising-led plays. Many are looking at bring their television programming to a video-on-demand offering. Also, advertising monies are shifting from TV to digital platforms by close to 70 percent.

I think the OTT platforms will follow a model of growth like TV channels and cable operators, where the customer was spoilt for choice. There may be an aggregation model play that offers consumers the option of different content channels at fixed fees.